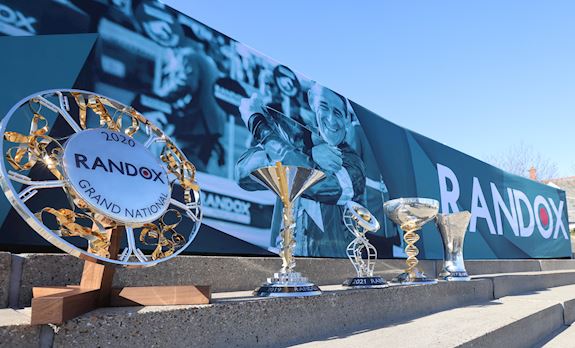 Dickon White, The Jockey Club’s North West Regional Director, tonight praised Rachael Blackmore for helping “write yet another chapter of sporting history”, as the curtain came down on the first ever Randox Grand National held without spectators.

Aintree’s three-day spectacle was cancelled in 2020 because of the COVID-19 pandemic. However, the event was able to take place this year, albeit without the 150,000 spectators it usually attracts.

Up to six owners per horse were permitted to attend in an Amber Zone of the racecourse, with jockeys, trainers, stable staff, raceday officials, essential racecourse staff and a limited number of media remaining in the Green Zone.

Millions more around the world tuned in on TV to see Blackmore and Minella Times win the Randox Grand National.

“Day one saw Sir Alex Ferguson’s Merseyside treble and the opportunity to celebrate our health service with Liverpool’s NHS Day. Yesterday Aintree played its part in paying tribute to Prince Philip, the Duke of Edinburgh, following the sad news of his passing. Our thoughts continue to be with Her Majesty the Queen and the Royal Family.

“It has also been a poignant week without our late former Chairman, Rose Paterson, who we have honoured as an Aintree Legend today.

“I’m extremely proud of the whole team here and would like to pay tribute especially to Sulekha Varma, who has just overseen her first Grand National as Clerk of the Course. Her efforts and those of her team were rewarded today when we saw the Randox Grand National deliver a moment as momentous as any since it was first run in 1839. I have no doubt we will be talking about the 2021 renewal of this cherished race for years to come.

“While we would have loved for racing fans and the people of Liverpool to have been here to witness such an incredible sporting achievement, we have been delighted to welcome owners back on course. We look forward to racegoers returning, not least 10,000 local NHS staff, next year.”

Jockeys were invited to wear black armbands, flags were flown at half-mast and a two minute silence was observed before racing on both Friday and Saturday following the death of the Duke of Edinburgh.

Day One of the meeting was renamed Randox Liverpool’s NHS Day to pay tribute to health staff in the region and across the UK who have helped in the fight against COVID-19.

A total of 10,000 tickets which had been promised to local healthcare staff for the Thursday raceday by The Jockey Club will now be honoured in 2022, when the day will once again be named in honour of the NHS.

Randox Grand National Day itself began with a tribute to the racecourse’s late chairman, Rose Paterson, who passed away last June. She was inducted as an Aintree Legend, joining distinguished figures from the world of Jump Racing including Ginger McCain, Sir Peter O’Sullevan and Jenny Pitman.

A ceremony paying tribute to Rose, who had been a long-standing presence at Aintree and served as Chairman from 2014 until her death 10 months ago, was brought to a close by a moving rendition of ‘Ave Maria’ by Laura Wright, and conducted by the Aintree Chairman, Nicholas Wrigley.

Twenty-four hours earlier jockeys past and present teamed up for the Aintree tradition of ‘meeting’ youngsters at Alder Hey Children’s Hospital. However, this year their Q&A session – conducted by Daryl Jacob and Richie McLernon and retired jockeys-turned television pundits Mick Fitzgerald and Ruby Walsh – had to be conducted via Zoom.

Randox Grand National Festival’s Day Two is traditionally Ladies’ Day and, with racegoers unable to attend, the racecourse staged ‘A Grand Day In’, giving everyone the opportunity to dress up while enjoying the action from home. Hundreds entered the competition, with their winning cash prizes being donated to charities.

Also on Friday inspirational Liverpool teenager Lydia Barker was named as the honorary 41st runner in the Randox Grand National, in what has become another Aintree tradition.

The 19 year old has struggled with Obsessive Compulsive Disorder (OCD) for years, but since finding the strength to seek help she has succeeded in turning her life around to such an extent she is studying to be a paediatric nurse. She is now on placement at Alder Hey Hospital, where the CAMHS (Child and Adolescent Mental Health Services) team she was referred to has done so much to help her.