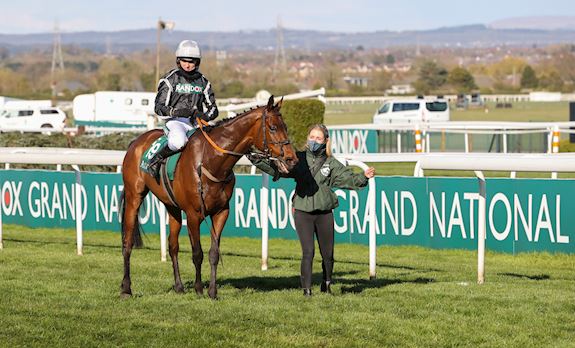 The 12-1 chance, ridden by Charlie Hammond, came out on top in a thrilling finish to beat the JP McManus-owned Camprond, trained by Philip Hobbs, into second.

Winning trainer Edmunds said: “He is a lovely horse. He won his juvenile hurdle then he had a little problem at the back of last season. He has had a few wind issues on very soft ground and we had his soft palate done.

“The better ground and a fiercely run two miles really helped him. He was a little bit keen over the first two and Charlie (Hammond) said he clouted the second but that bucked his ideas up and he came home strongly. Horses can often run better on their second start after a wind op but I think the tongue tie made the difference.

“He really had to knuckle down at the end which was good to see. Charlie is a good lad with a lot of experience. He doesn’t claim anymore but these lads with experience in tough races like this really helps. He might have one more run this season but we won’t be greedy.”

Jockey Charlie Hammond said: “We just wanted to sit midway, three-quarters of the way back, really, and get a nice lead. He’s got plenty of speed, so the key was to try and use that.

“We knew they’d go hard early on, and hopefully stop in front of us, which they did do in the end, really. Turning in the last time, I just went a bit wide once we straightened up to get a gap and go through.

“I’ve winged three out, landed after three out and then got after him for a stride and he’s come back on it very easily. He’s done it nicely in the end, and I’m very happy with him. He’s gone on a bit more again and stayed very resolute to the line.

“Having a hard gallop to aim at helped - the tongue tie, the hard pace and the fast ground meant he really enjoyed it today. The form of his juvenile hurdle win is quite impressive and in theory he was well handicapped today if everything fell right, and luckily it has fallen right.

“Before today this race was one of my least favourite to ride in - 22 runners, conditionals and amateurs - not the easiest race to ride in. But I’ll take that! It worked out perfectly.”

Philip Hobbs, trainer of runner-up Camprond, said: “It’s very frustrating when you get caught late on like that, but he’s run a very good race and he’s very much a horse for the future. His jumping is improving and he’s going the right way. We’ll see, but he might go to Punchestown on his way home.”

Henry de Bromhead, trainer of third home Bold Enough, commented: “He ran a blinder. Hugh (Morgan, jockey) gave him a super ride and we’re delighted. He had a nice winter break, so he’ll go novice chasing in May hopefully. He’s always looked like a chaser and he loves the better ground so we’ll aim that way.”