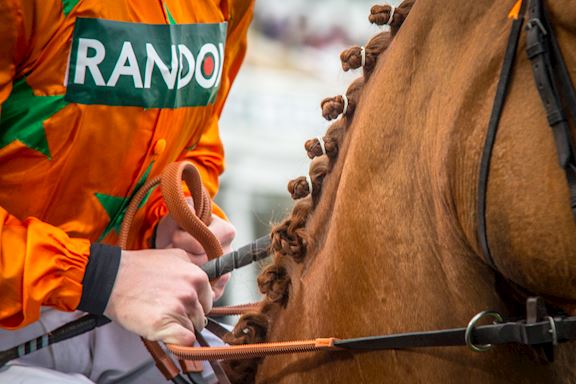 The stellar line-up is today confirmed for the event on Friday 8th April, which kicks off Ladies Day on Day Two of the Randox Grand National Festival. Proceedings get underway at 9.00am with a live performance by soprano Laura Wright, who has sung the National Anthem at every Grand National since 2016.

First staged in 2015, the Aintree Grand Women’s Summit has not taken place in person since 2019 due to COVID-19. However, this year’s event will see WBO world super welter-weight champion Jonas, ITV Racing broadcaster Plunkett and triathlon superstar Chrissie Wellington all participate.

Among the topics for discussion at this year’s event is ‘Mental Resilience’, both within sport and its relevance to everyday life for millions of people, particularly in light of the COVID-19 pandemic.

Natasha Jonas became the first British female boxer to qualify for the Olympics after reaching the semi-finals of the 2012 World Championships. Since then the 37 year old, who grew up in Toxteth in Liverpool, has turned professional and in February of this year became world champion when knocking out Uruguayan opponent Christian Namus.

The 37 year old is also a Ladies Day ambassador for this year’s Randox Grand National Festival. She said: “I was born and bred in Liverpool so the Grand National was a big part of my upbringing. It’s a race that feels like it really belongs to the people of Merseyside, but also one which is watched and loved all over the UK and around the world.

“It’s an honour to be asked by The Jockey Club to be a Ladies Day ambassador and also to speak at the Grand Women’s Summit.

“This year’s theme of ‘Mental Resilience’ is one which really resonates with me as in my profession it’s as much about having the right mindset as it is about being quick, agile and strong. I’m really looking forward to it, especially hearing from others on the panel and learning about the techniques they use on a daily basis.”

This will be the seventh time the Grand Women’s Summit has taken place and after last year’s event had to be held ‘virtually’, ITV Racing host Alice Plunkett is excited to be involved in-person in 2022.

She explained: “It’s been an incredibly strange and challenging period. Last year I actually hosted the virtual Aintree Grand Women’s Summit and although it was great fun and really interesting and educational it’s never quite the same as being in the room with the people you’re talking to.

“The event is such a great concept and has gone from strength to strength since it was launched in 2015, so to be a part of it again this year is fantastic.

“The themes we’ll be covering are the kind of things everyone has experienced in one way or another during the pandemic – really important subjects that impact and affect us all.”

Launched by the racecourse in partnership with BBC Radio Merseyside at the 2021 Randox Grand National Festival, the accolade is in memory of Aintree’s late Chair Rose Paterson, who sadly passed away in 2020. It combines two of Rose’s passions, the community and the Grand Women’s Summit, and its aim is to recognise on an annual basis a girl or woman from Merseyside who is making a difference to grassroots community sport, either through participation or support.

Dickon White, The Jockey Club’s Regional Director for Aintree and the North West, added: “The Aintree Grand Women’s Summit was an event which was much loved by our late Chair, Rose Paterson, and I know she would have been thrilled and incredibly proud to see the names on our panel this year.

“It’s an event that all of us at Aintree feel very passionate about and its continued success is further proof that it tackles and explores subjects and topics which are really important to everyone. It’s that inclusiveness which makes it such an important part of the Randox Grand National Festival, in the same way the race itself is for the people of Liverpool.”

The winner and a guest will be given free admission to Aintree on Randox Ladies Day and will attend the Aintree Grand Women’s Summit Supported by Pinsent Masons. The winner’s name will be commemorated with a plaque on the Peter O’Sullevan Community Hub wall at the racecourse and they will also receive an annual pass to Aintree.

Packages for those wanting to attend the Aintree Grand Women’s Summit are now sold out. General admission tickets can be booked online at www.thejockeyclub.co.uk/aintree/events-tickets/grand-national/tickets/