What to do in Liverpool

what to do near Liverpool

Aintree Racecourse is home to arguably the most famous race in the UK: The Grand National. If you’re heading to Aintree for the Grand National or any other race day, you might wonder what to do near Liverpooloutside of racing hours.

Liverpool buzzes with anticipation during the National, and every last restaurant, bar and night club in the city fills with race enthusiasts dressed to the nines once the races are over. But there’s so much more to the city and surrounding area than race day revellers. Find out what to do in Liverpool below.

Although Liverpool is a booming cosmopolitan city, the centre is relatively compact, meaning it’s perfect for a self-guided walking tour. Lovers of architecture will be spoilt for choice here. Liverpool has the most listed buildings outside London, including the Liver Building, the Town Hall, St George’s Hall, the Central Library and Liverpool Cathedral to name but a few.

The docks which open onto the River Mersey made Liverpool into an international shipping port during their heyday. In recent years the Royal Albert Dock and Salthouse Dock have undergone extensive repurposing to become one of the main attractions in the city. You’ll find the area alive with modern art galleries, concert halls, bars, restaurants and nightclubs.

Bohemian and creative types have found their home in the well-worn factories and workshops which had fallen into disrepair in the Baltic Triangle. Today you’ll find hipster coffee roasteries, outdoor bars, expansive beer halls, vintage flea markets and even a skate park jostling for space amongst the mechanic yards and industrial buildings. There’s even a board-game café and an indoor mini-golf course – perfect if you’ve got the kids in tow.

Witness exotic wild animals roaming freely at Knowsley. From cheeky baboons who are constantly getting up to mischief, to the magnificent pride of lions, this is a wildlife experience like no other. The safari drive through the enclosure stretches for five miles – the longest in the UK! And if you don’t fancy exposing your vehicle to the whims of the baboons, there’s an alternate route that lets you miss out the madness or experience it from the safety of the Baboon Bus. What’s more, there’s plenty to explore on foot too, including sea lion displays, play areas, meerkats and giraffes.

From high street to haute couture, Liverpool has it all. Hit Liverpool One for all your favourite high street names or find everything you need under one roof at John Lewis. If it’s vintage and unusual you’re in search of, then Bold Street has the answer in its many retro boutiques and up-market charity shops.

Head to the beach

When you think of Liverpool, sandy beaches probably don’t spring to mind. But Crosby beach is as picturesque as they come. It’s a great day out for people wondering what to do near Liverpool to avoid the crowds around race day. Take a walk along the dunes, paddle in the waves, and admire the famous Iron Men sculptures as they stare longingly out to sea. 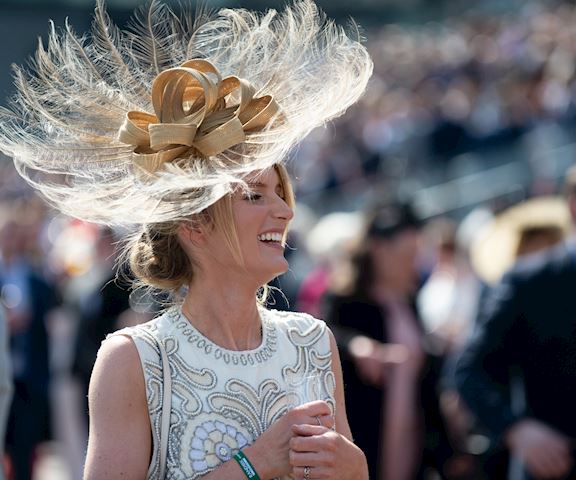 View all the latest upcoming events at Aintree Racecourse