PREVIEW: ANDREW BALDING HOPES OO DE LALLY CAN STEP UP IN CLASS WITH A PLACE IN THE “RUN FOR THE ROSES” UP FOR GRABS 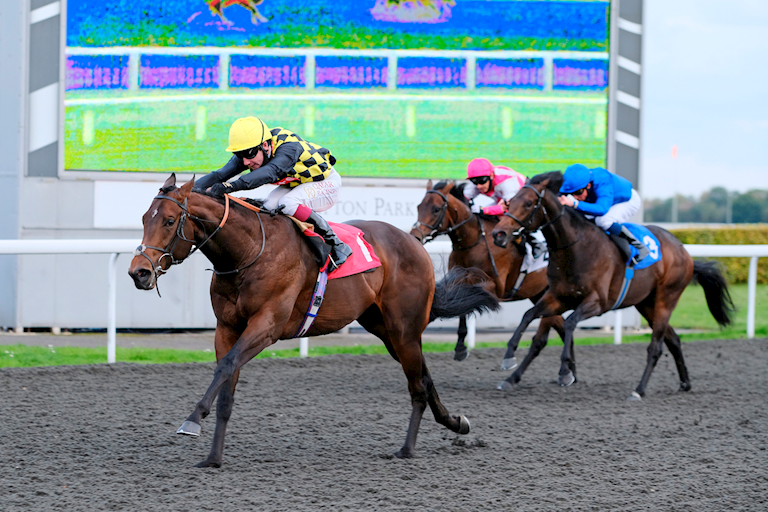 Andrew Balding expects Oo De Lally to take a step up in trip in his stride when bidding to secure a four-timer in the ‘Road To The Kentucky Derby’ Conditions Stakes at Kempton Park.

The son of Vadamos will race over a mile for the first time in his career in the feature class two contest, which carries points for those horses in Europe seeking to try and gain an invitation into this year’s Kentucky Derby at Churchill Downs.

Oo De Lally has not looked back since beating only one rival home on his debut at Ascot. After running out a shock 125-1 winner at Newbury on his second start in September, he added further victories to his name at Kempton Park in October, and on his most recent appearance in a handicap at Newcastle in January.

Balding said: “His pedigree gives us hope that the extra furlong will suit him and since his debut at Ascot he has done very little wrong in three starts. It is another step up in class again but we think he is ready for it.

“His debut was disappointing, there are no two ways about it. He was shaping up okay at home and ran below expectations and that is why he was the price he was on his second start. Since then he has won a novice under a penalty and off top weight in a handicap so he is going the right way.

“This race was always an idea for him, though it is unlikely we will go down the Kentucky Derby route with him if he picked up the points. He has had a run recently so there are no issues fitness-wise.”

Having saddled Maximus to glory in the race 12 months ago trainer Jane Chapple-Hyam is confident Albadri, who was last sighted finishing down the field in the Saudi Derby at Riyadh 11 days ago, is capable of running into a place.

Chapple-Hyam said: “If he had lost four kilos then we wouldn’t be running him but as he only lost half a kilo we’ve decided to give it a go. We didn’t canter him until Friday when he had a gentle canter. He travelled back from Saudi Arabia well and you couldn’t fault the horse.

“Rather than sit and wait for something like the Free Handicap at Newmarket in April we thought we would let him have a go as it’s not going to do him any harm.

“He jumped well in Saudi Arabia, but he probably jumped a little too well. He ran strongly in the first three furlongs but couldn’t quite finish the race out. He didn’t mind the surface and we are not blaming that. Because he has that race fitness I can see him being placed.”

William Haggas is another seeking a second victory in the race having sent out Jahbath to land the 2018 renewal and the Newmarket handler hopes Alto Volante, who suffered an odds-on defeat on his debut at Lingfield, can build on his recent Wolverhampton success.

Haggas said: “He was awful first time out but was much better the second time. He has come on again for that and he is a nice horse.

“The first time he was hard to saddle and was awful in the paddock and going down to post. Then he didn’t want to go in the stalls and just didn’t want to race.

“We changed a couple of things at home and he is much better now. He was in the novice on the card as well but I plumped for this race.

“I wanted to support the more valuable race as there are not many around. It is also a bit of a test as I want to know where I am with him.”

The seven runner field is completed by Highland Avenue (Charlie Appleby), impressive over the course and distance in a maiden on 30 January, Apollo One (Peter Charalambous), Bodroy (John Butler) and Sergeant Tibbs (Robyn Brisland).