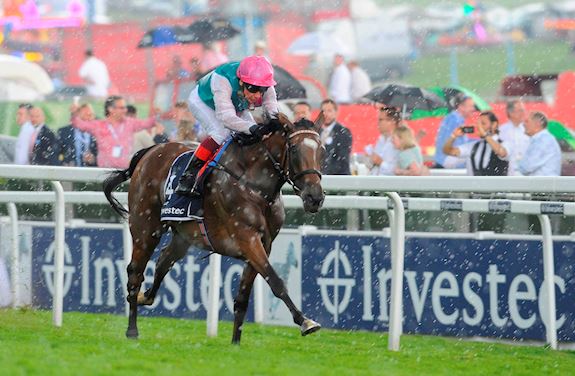 2017 Horse of the Year, Enable, returns as Fearne Cotton takes Kempton Park back to the 80's

2017 Horse of the Year, Enable, is set to return to action this Saturday at Kempton Park in a showdown with Sir Michael Stoute trained Crystal Ocean in the 188BET September Stakes.

Doors open at noon with Enable and Crystal Ocean going head-to-head in the first of seven races at 2.05pm and an 80s After Party with Fearne Cotton after racing at 5.45pm.

Enable’s return is eagerly anticipated after an injury in May meaning this is her first start since victory in the Prix de l'Arc de Triomphe last October. The four-year-old racehorse who had a tremendous three-year-old season with five Group 1 wins is trained by John Gosden and will be ridden by Frankie Dettori.

Crystal Ocean was a close second to Poet's Word in Ascot's King George VI and Queen Elizabeth Stakes in July.

Kempton Park is a Jockey Club racecourse. The Jockey Club stages thrilling sporting occasions including the Randox Health Grand National, The Cheltenham Festival and The Investec Derby. Millions of people every year enjoy the special experiences we offer through racing, music, food and entertainment. Governed by Royal Charter, every penny we make goes back into British Racing to help the sport thrive. We were founded in 1750 and today we are the largest commercial group in Britain’s second-biggest spectator sport (2017 turnover: £201.1 million), operating 15 racecourses nationwide, The National Stud, Jockey Club Estates, Jockey Club Catering, Jockey Club Live and our charity, Racing Welfare. For more information visit www.thejockeyclub.co.uk.