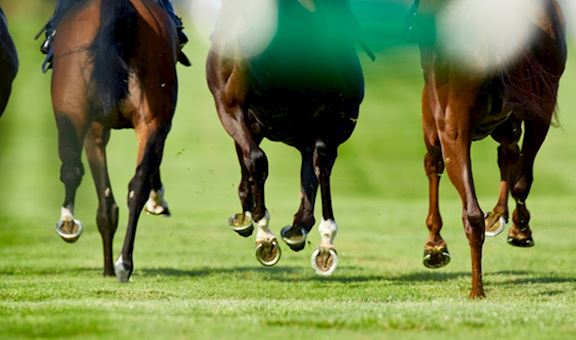 The History of Nottingham Racecourse

THE HISTORY OF THE COURSE

Nottingham Racecourse dates back to the 19th century. The racecourse has a lot of history, providing the site for the sport of kings.

The history books show racing taking place in Nottingham as far back as 1773 at what’s described as ‘Nottingham Forest’ but by the end of the 19th Century the home of the Sport of Kings had moved to the present site of nearly 300 acres at Colwick Park, formerly part of the Colwick Hall Estate.It was back in 1965 that the seeds of the current set up were sewn and the future of the Racecourse secured. It was bought by Nottingham City Council and an ongoing lease agreed with Racecourse Holdings Trust (the predecessors of Jockey Club Racecourses).

Until 1996 Nottingham was a dual purpose racecourse with the jumps track making headlines of its own. In 1971 Stan Mellor became the first National Hunt Jockey to ride 1000 winners on a horse called Ouzo. The most successful jump jockey of all time AP McCoy put a Nottingham winner on his CV aboard The Boiler White for trainer Tim Thomson Jones in March 1995, shortly before Nottingham became solely a Flat course. The last ever jump race, a Handicap Hurdle, was won by a young Apprentice jockey named Timmy Murphy who went on to win the Grand National.

The end of National Hunt racing allowed Nottingham officials to reconfigure the course and establish two flat tracks, one for the use in the early and late weeks of the season and the other in High Summer as part of its policy to improve ground conditions and entice the very best horses. In the past 30 years Nottingham has established a reputation as a track where trainers will introduce classic hopefuls. Legendary Newmarket handler Sir Henry Cecil sent Oh So Sharp to the track to win her Maiden en route to landing the cherished Fillies Triple Crownvthe following year. Slip Anchor and Oath are amongst the Derby winners of the modern era who won their Maiden races at Nottingham. In recent years the profile and fixture list of Nottingham Racecourse has grown.

In 2008, with the feature races live on BBC Television Colwick Park hosted the Epsom Spring Meeting including the Classic Trial while a new stand was being built at the home of the Derby, forcing the fixture to be rerouted. In 2014 it was awarded the prestigious Gold Standard by the Racehorse Owners Association in recognition of the upgrading and quality of its facilities.