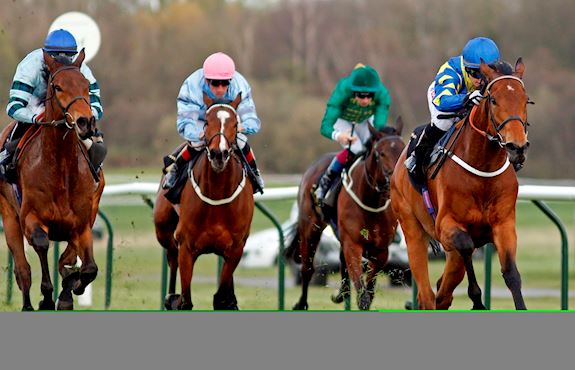 Jockey Hollie Doyle expects “bigger and better” things to come from classy stayer Trueshan after steering him to glory on his seasonal return in the Barry Hills Further Flight Stakes (1m 6f) at Nottingham today.

After signing off last season with a second success in the Group Two British Champions Long Distance Cup at Ascot, the Alan King-trained six year old resumed where he left off when outclassing his three rivals to make a triumphant return in the Listed feature.

Despite being burdened with a seven pound penalty for his two Group One wins in last year’s Goodwood Cup, which was King’s first at the level, and the Prix du Cadran at Paris-Longchamp, the Planteur gelding always looked in control on seasonal return.

Moving up alongside Eileendover at the two furlong pole the 4-9 Favourite, who made his debut at Nottingham in 2018, soon put the and mile and three quarters race to bed under Doyle before crossing the line three lengths of Quickthorn.

Doyle said: “To be fair it was really straightforward. He jumped nicely and got into a nice rhythm. They went an even gallop which needs and he settled well and the further he went the better. He took bit of a blow there but it was a great starting point.

“Hopefully there are bigger and better things for him this year, if they can get any better from last year. I’m really happy with how he has done.

“He has really strengthened up really nicely through in what seems a short period of time as it doesn’t seem five minutes ago that we were running around Ascot.

“You wouldn’t have wanted to see him get beaten today but it is his prep race and starting point. Today wasn’t his D-Day.”

Assistant trainer Dan Horsford, who has ridden Trueshan at home since arriving at King’s yard, hinted that an outing in the Group Two Yorkshire Cup could be on the agenda.

Horsford said: “The trip is shorter than ideal for him but I’m delighted with that and it is a good start to the year.

“He has been in since the turn of the year so he has been in plenty long enough. He is very clean winded in himself so he wouldn’t take a lot of getting fit and he did everything easily today.

“He has strengthened up definitely. He took everything before him last year and if he was to improve on that, we could have quite a horse on our hands.

“He was ready today but there would be improvement in him. Ascot at the end of the year is six months away so he hasn’t had the screw turned yet properly.

“He is in the Yorkshire Cup which is May 13th and then it will probably be there and on to Ascot. The Gold Cup is the race we want to win this year but with him it is ground dependant. It was a good start today.”

Boonie looks set for an immediate step back up in class after proving a class above his rivals when securing a 33-1 double for trainer Kevin Ryan with an impressive success in the Bet At racingtv.com Conditions Stakes.

Having finished third at Group Three level in the Molecomb Stakes at Goodwood last year along with filling the runner’s up spot in the Listed Windsor Castle Stakes at Royal Ascot, the Brazen Beau colt returned to winning ways in the 5f dash.

Amy Ryan, daughter and stable representative, said: “He is a horse that we have always liked and he had really strong form last season.

“He had that Group form coming into this and he is a horse we think a lot of. It is nice to see him make his reappearance in that style.

“He has got loads of speed. He is a very strong traveller then he quickens off that as well which is what you need from a top class horse.

“He is a horse that loves his work and loves his racing. He is very enthusiastic and has got a great attitude so he has everything you want really.”

The former jockey also issued an update on Triple Time, who will make his return to action in the QIPCO 2000 Guineas at Newmarket (Saturday 30th April) having signed off last season with victory in the Listed Betfair Ascendant Stakes at Haydock Park.

She said: “He will go straight the 2000 Guineas. He is in great form and he has done very well physically over the winter. We are really excited about him.”

Connections of Barley (3-1) hope his victory in the Jeffrey King Memorial Race Novice Stakes (1m ½f) is a sign of things to come at next week’s bet365 Craven Meeting at Newmarket.

After fluffing his lines on his return to action at Doncaster 10 days ago, the Martyn Meade-trained Mehmas colt left that effort behind on his return to Nottingham, where he finished second on his final start last year, after prevailing by a length.

Freddie Meade, son and assistant trainer, speaking away from the course, said: “It just turned out he probably needed it a bit at Doncaster as he doesn’t do an awful lot at home.

“This was always on the back of our mind to go back to the track he ran so well on his second start so it was good to get that first run in.

“Where we go next I’m not sure. It might be we stay at a mile or step him up to a mile and a quarter for the London Gold Cup at Newbury.”

Regarding next week’s Craven Meeting Meade is looking forward to taking the wraps off both Zechariah in the bet365 Craven Stakes on Wednesday and stablemate Cresta in the bet365 Feilden Stakes.

Meade said: “The plan is to run Zachariah in the Craven. We put him away after he won the Haynes, Hanson and Clark Conditions race at Newbury to let him mature.

“He has done really well over the winter and we have been really pleased with the way he has been going.

“Cresta is going to go in the Feilden. He ran really well at Newbury at the end of the season after beating Breeders’ Cup Juvenile winner Modern Games on his debut.

“Seven furlongs was a bit on the sharp side so stepping him up to a mile one will suit.” 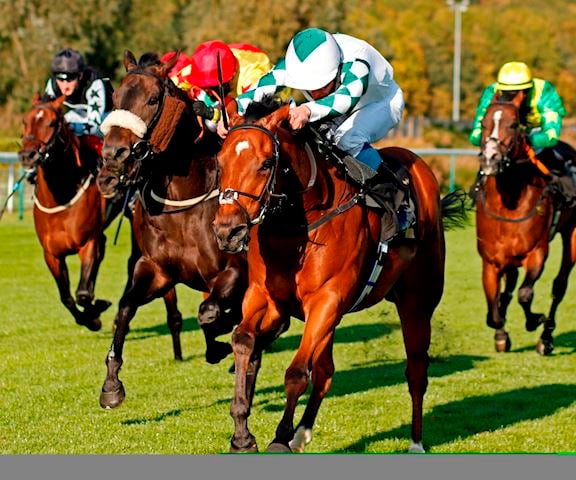