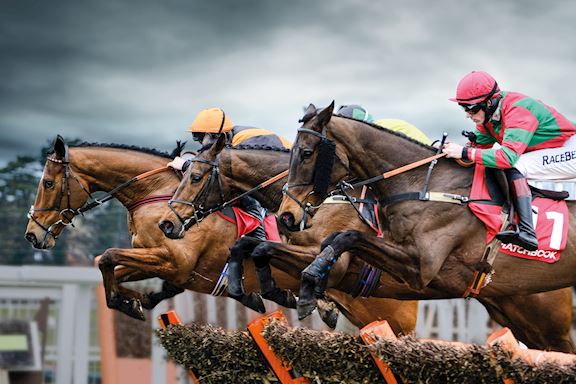 A Listed contest with an alluring title, the 888Sport Contenders Hurdle has ensured Sandown Park plays an integral part in preparation for spring’s Jump racing highlights. Any trainer with a “contender” for the Champion Hurdle and beyond need look no further.

This year marks the 70th anniversary of the inaugural running, which was won in fine style by the immensely popular dual Champion Hurdler National Spirit. Vic Smyth’s charge could not have been more aptly named for the post-war years and he retained his title in the Contenders Hurdle (then the Oteley Hurdle) the following year. Due to its abandonment in 1951, the race would only break free from the National Spirit monopoly in 1952, when Telegram II won for Fulke Walwyn.

Indeed, it took until 1959 for a horse to win both this and Cheltenham’s hurdling championship in the same season. The horse was Fare Time, who would defend his Oteley Hurdle crown before being deposed by Eborneezer, another horse who would confirm the form at Cheltenham. Both were ridden by Fred Winter, the winningest jockey alongside Richard Johnson and Sir AP McCoy with four successes in the race.

The seventies are often cited as the golden age of hurdlers and many of the horses responsible for that title may be seen on the Sandown honours board. Major Rose was twice victorious, taking trainer Ryan Price’s tally in the race to six, a number only Nicky Henderson can match. Major Rose went on to place behind Persian War and Bula, two multiple Champion Hurdlers, at Prestbury Park. Later in the decade, both Lanzarote and Sea Pigeon, two greats of the game, scored two victories each.

As he so often does, Desert Orchid appears on a winners list you’d never have thought of. This was his final season over hurdles before his illustrious chasing career began and the Oteley Hurdle proved to be his only success of the season. His win in 1985 preceded that of See You Then a year later. Notorious for his sporadic racecourse appearances (he ran 15 times in his career, four of which came after a premature retirement), he nevertheless won three straight Champion Hurdles from 1985 with an Oteley Hurdle sandwiched in between.

The nineties saw the oldest champion as Mole Board won at the age of 11 after 668 days off the track, an incredible achievement. Thereafter, the leading jockeys in the history of the race McCoy and Johnson earned their debut triumphs in the race aboard Master Beveled (1998) and Midnight Legend (1999) respectively.

Flying grey Rooster Booster was Johnson’s second winner in 2003 as he later soared to Champion Hurdle glory while in the last six runnings, JP McManus has seen his colours return to the winners’ enclosure on four occasions courtesy of Binocular and Buveur D’Air, both of whom have proved themselves champions elsewhere. The latter would be poised to become the first horse to win this race three times if declared for the weekend. It would be another moment of history for the Sandown Park crowds to cherish.