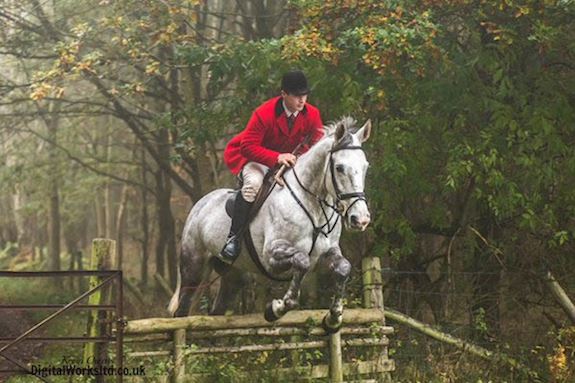 Ryan Mania who won the 2013 Grand National aboard Auroras Encore, will return to the scene of his victory, Aintree, on 23 October to race in a charity event in aid of The Countryside Alliance Foundation. 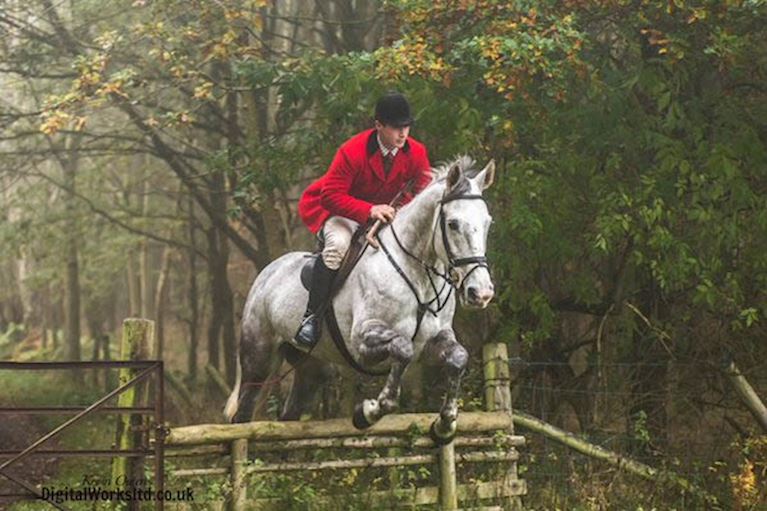 Eight other fundraisers will attempt to beat the 27-year-old, who last raced in November 2014 and is now huntsman and joint master of the Berwickshire hunt.

The charity race – where amateur riders race on horses loaned by top trainers – is part of the Aintree Countryside Day, which is a great day out for all the family. It is also the course’s Old Roan Chase Meeting so there will be a full card of races after the charity event, which will be the first race at 11.45am.

It may be a charity race, but Ryan has not lost any of his competitiveness. He said: “As soon as I heard about the race I wanted to be part of it. It will be my first since I retired and I am really looking forward to taking part.
“I’ve stopped drinking and am going out running to get fit for the race and I will be gutted if I don’t win!”

Ryan does not have a ride lined up for the race yet, but is slightly concerned that he may be on a jumps horse for the flat race over 1 mile 5 furlongs.
“In the end it will be the best horse that wins, so it all depends what the other riders are on, but yeah, I’m taking this seriously!” he added.

The riders attempting to beat Ryan are:

Charles Clark: A joint master and huntsman of the Holderness hunt in Yorkshire, this will be his first charity race, but Charles has some racing experience. His mother trains point-to-pointers and he rides out on the gallops each day – work permitting. He last raced five years ago, and has ridden round Wetherby a few times in hunter chases. 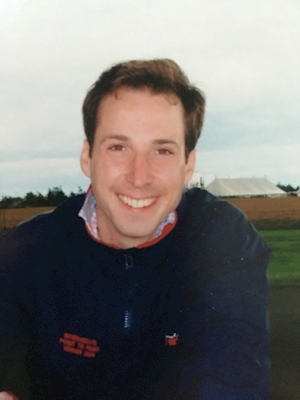 David Redvers: Bloodstock agent David’s clients include the Qatari Royal Family – so he should be able to find a good horse for the race. He is also a joint master of the Ledbury hunt and recently took part in the 1,000km Mongol Derby. 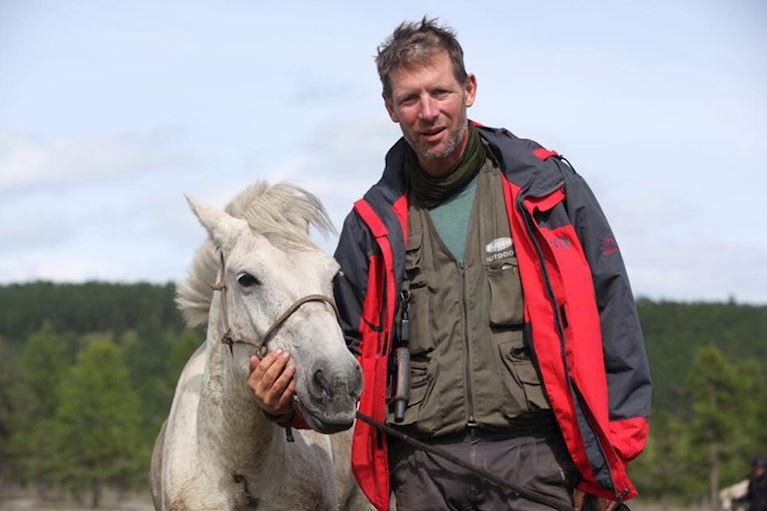 Oliver Dale: Oliver is huntsman and a joint master of the Ludlow hunt. He last rode in a charity race around nine years ago and is looking forward to racing at Aintree.

Richard Tyacke: A joint master and huntsman of Sir Watkin Williams-Wynn’s hunt (the Wynnstay), Richard has not raced before. He hopes to borrow a horse from trainer Oliver Greenall in Malpas or Warren Greatrex in Lambourn. 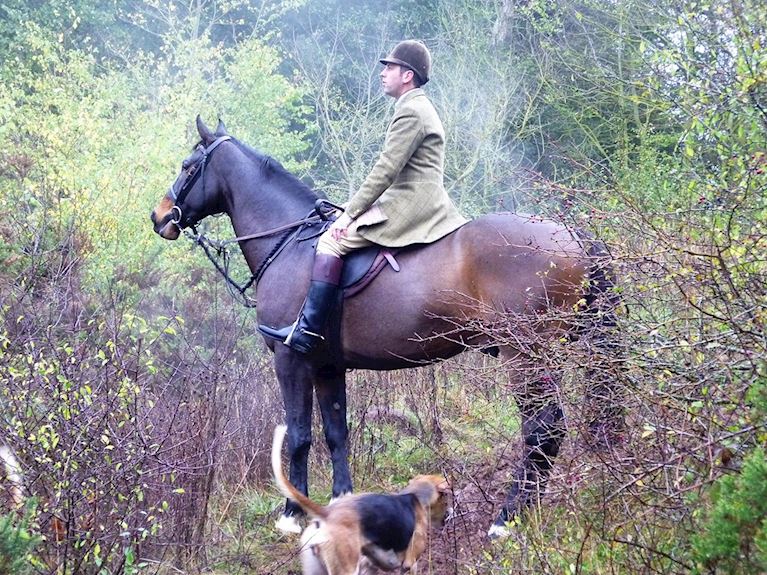 Polly Portwin: Polly is hunting editor for Horse & Hound magazine and a former senior master of the Bicester with Whaddon Chase. She was fourth in our charity race at Aintree in 2011 and hopes to get her hand in again in the run up to this race by riding out for Alan and Lawney Hill in Oxfordshire. 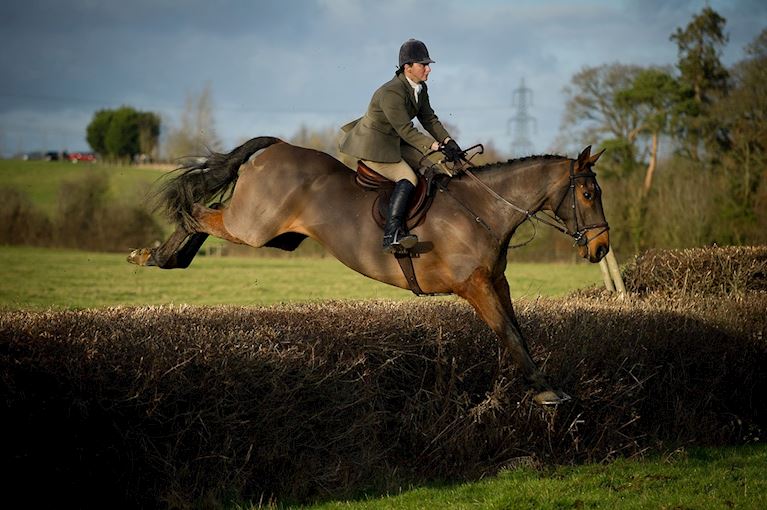 Molly Dingwall: Molly may have a home advantage in this race as she is Aintree’s regional business development executive for the North West. She also won her most recent charity race – the Jockey Club Challenge at Warwick in May – aboard Dove Mountain, trained by Co Meath-based Gordon Elliot. She hopes she might be able to borrow another horse from Gordon for the Aintree race.

Tessa Dollar: Intermediate eventer and showjumper Tessa has never raced before but can’t wait to ride at Aintree. She said: “It’s just amazing – I feel very honoured and privileged to be racing at Aintree – especially against Ryan!” A lifelong supporter of the Beaufort, she now hunts with the Wynnstay and hopes to borrow a horse from Oliver Greenall.

Other attractions at the countryside day include trade stands, displays by falconers, the Quack Pack duck herding display team and gun dogs, animals from the Rare Breeds Survival Trust or you can try your hand at laser clays.

Organiser Paul Dunn said: “Aintree has tremendous facilities and this is bound to be a great day out for racing and countryside enthusiasts alike. We are very grateful to the riders who will try their hand at race riding on our charity race to raise money for these great charities.”

The riders will be collecting sponsorship money in aid of The Countryside Alliance Foundation (TCAF) charities – Casting for Recovery, Fishing 4 Schools and Falconry for Schools.

General entry tickets are £22.50 in advance or £25 on the day (children aged under 17 go free with a paying adult), and family tickets (two adults, two children 17 and under) are just £38 in advance, saving £12 on raceday prices.