In the 2015 renewal of the Grade Three race, Highland Lodge (Jimmy Moffatt/Henry Brooke, 10st 4lb, 16/1 with Betfred) came home two and a quarter lengths in front of Dare To Endeavour (Eric McNamara IRE/Harry Skelton, 10st 2lb, 20/1), who re-opposes on Saturday. Highland Lodge made one more appearance last season after his Betfred Becher Chase success when pulling up in the Scottish Grand National at Ayr in April.

Moffatt, who is based at Cartmel in Cumbria, said today: "It is all systems go with Highland Lodge and I am very happy with him. He has done all his work now and we are just keeping him fresh for Saturday.

"When he won last year, he had already had a couple of runs for Emma (Lavelle) earlier in the season and had been on the horse walker since October 15. He had a level of fitness last year whereas this time he has had a nice, gradual run - he has been in full-training since the middle of July and the Betfred Becher Handicap Chase has been the plan.

"He has run well fresh in the past and has also been called a few names! He has done two serious two and a half mile gallops on the grass. He hasn't been on track but that has been on purpose as we have lovely big fields here we can work him around.

"The mistake I made with him last year after his Becher win when I was prepping him for the National was when I gave him a workout at Haydock. He worked exceptionally well that day and I had it in my mind after the Scottish National that he may have left his race behind there. There is no hiding place on track and if we are right, we are right and if we are wrong, we are wrong.

"It was soft ground when he won last year and obviously we would like conditions to be replicated as much as possible. But if you dip back in his form he had run some good races on good ground, including when he was fourth in the Hennessy."

No horse has ever won back-to-back renewals of the Betfred Becher Handicap Chase, with the only dual scorer Hello Bud recording non-consecutive victories in 2010 and 2012. 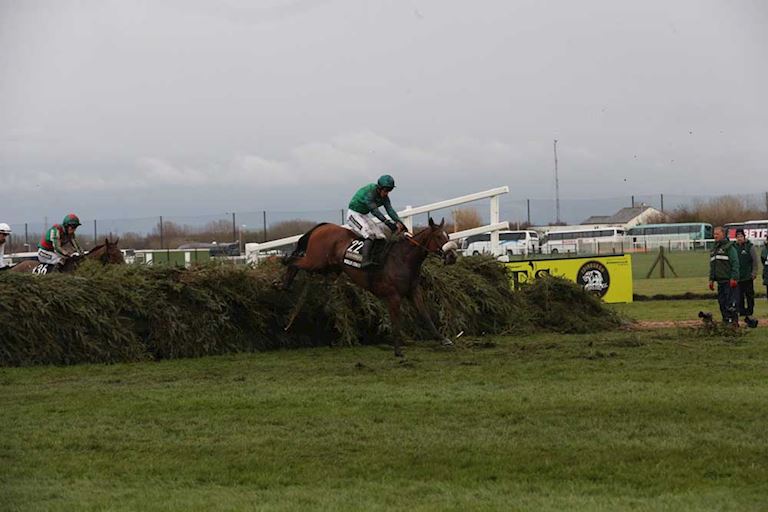 Jointly-heading the market at 8/1 with Betfred is Ucello Conti (Gordon Elliott IRE/Daryl Jacob). The eight-year-old was sixth in the 2016 Grand National behind Rule The Word and warmed up for the Betfred Becher Chase with a run over hurdles at Navan on November 13. Betfred's other 8/1 joint-favourite is Alvarado (Fergal O'Brien/Paul Moloney, 10st 4lb), who finished fourth in the Grand National in both 2014 and 2015.

Heading the weights is last season's Grand National runner-up The Last Samuri (Kim Bailey/Brian Hughes, 11st 12lb, 10/1), who was fifth on his seasonal reappearance in a Grade One contest at Down Royal on November 5.

Declared runners for the other six races on the Betfred Becher Handicap Chase Community Day will be known tomorrow, including the £70,000 Betfred Grand Sefton Handicap Chase (3.15pm) over two miles and five furlongs of the Grand National course and the £40,000 Listed Betfred Lotto '£100k Cash Giveaway' Chase (2.40pm), in which 2015 Grand National hero Many Clouds (Oliver Sherwood) is expected to make his seasonal reappearance.

Andrew Tulloch said: "The forecast is for mostly cloudy conditions with some sunny spells up to and including Saturday. There could be some bits and pieces of rain around but it should not amount to much. There is a chance we could have Good ground on the Mildmay Course by Saturday.

"We have applied five millimetres of moisture to the Mildmay and National courses to maintain conditions and will have a look again tomorrow to see if we need to do any more watering.

"The course is looking in great shape ahead of Saturday and it looks to be a very strong renewal of the Betfred Becher Chase."

Aintree's award-winning Community Hub was introduced in December, 2014, giving free access to the local community and the programme has been going from strength to strength, including the Beacon Racecourse schools' activity, dementia tours, working with military veterans, disabled riding sessions, the annual Alder Hey jockeys' visit and much more.

Sir A P McCoy plus the Mayor Of Sefton and Aintree's chairman Rose Paterson will officially open on Saturday morning the hub which is being supported by the Peter O'Sullevan Charitable Trust.