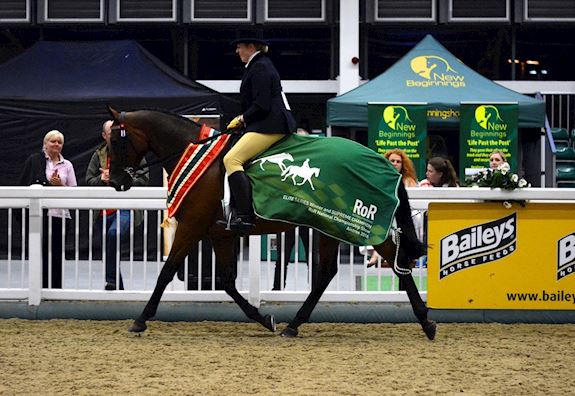 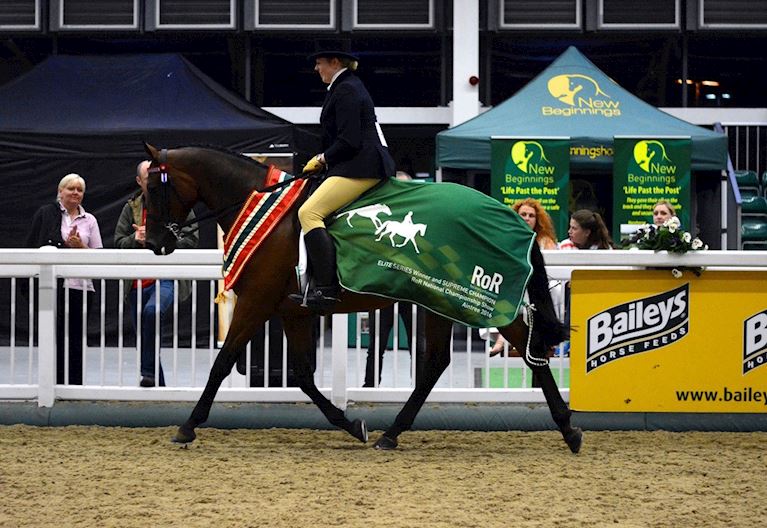 Evidence of Aintree Racecourse’s on-going, year round commitment to promoting horse welfare will be on public display for six days in August when the third running of the Retraining of Racehorses (RoR) National Championships gets underway at Aintree’s International Equestrian Centre.

Starting on Tuesday 22nd August, the event runs through to the weekend, concluding with the ROA and Goffs UK National Showing Championships on Saturday and Sunday. Entries are now open and close at midnight on Tuesday 1st August.

This year the event has been expanded and runs over six days with the showing championship finals taking place on Saturday 26th and Sunday 27th August, the highlights on the final day being the RoR Elite Showing Series Final and the crowning of the ROA and Goffs UK Supreme Champion, worth £2,500 to the winner.

Other championship finals on the weekend include The Jockey Club RoR Novice Show Series Final, the TARRA In Hand and Ridden Series Final, the RoR / Tattersalls Special Final and the RoR Veteran Championship. The show culminates on Sunday evening with a Gala Dinner and the awarding of the supreme champion. In addition to the top class line-up of equine talent, sporting soprano and Aintree Ambassador, Laura Wright will be performing a repertoire of classical hits at the Gala Evening.

For the first time as part of the event, Aintree will host the RoR Dressage Championships and these run from Tuesday to Thursday, while a highlight on Friday will be the RoR/TBA Retrained Racehorse Challenge Final.

In 2016, over 190 horses competed in the 72 classes, with champions crowned in a range of showing events. Amongst the winners was subsequent RoR Horse of the Year, Monet’s Garden, and the Supreme Champion was Beware Chalk Pit, ridden by Rebecca Court.

RoR is British Horseracing’s official charity for the welfare of horses that have retired from racing. The welfare of the racehorse begins long before it reaches a racecourse and ends long after its racing career and Aintree’s partnership with RoR as well as British Racing’s The Horse Comes First initiative, which aims to improve understanding of the care given to our horses throughout and after their careers in racing, shows the priority Aintree and The Jockey Club puts on the welfare of horses, not only when they compete but after they retire as well.

This year, RoR and Aintree are looking to increase entries further.

Carly Sage, Aintree Equestrian Centre Manager, said: “We’re delighted with the success of the RoR Championships over the past two years and pleased to be able to expand it to six days, this year.

“Although only in its third year, the RoR National Championships has already established itself as a key event in our calendar and shows the priority Aintree and racing puts on the welfare of horses.

“The quality and quantity of entries has been superb over the past few years and so far this year they’re coming in thick and fast with entries closing on 1st August.

“It’s free to attend all six days with plenty of different Equestrian events taking place – we look forward to a fabulous six days of competition.”

Di Arbuthnot, Chief Executive of Retraining of Racehorses (RoR), said: “It’s wonderful how quickly the event has established itself and this year represents another step forward, particularly with the welcome addition of the Racehorse Owners Association, ROA, and bloodstock auctioneers Goffs UK as sponsors, as well and an exciting Gala evening to look forward with Laura Wright performing.”

“The team at Aintree work very hard in support of RoR and we are looking forward to another successful RoR National Championships.”

For entries to the RoR National Championships at Aintree Equestrian Centre, please go to horsemonkey.com