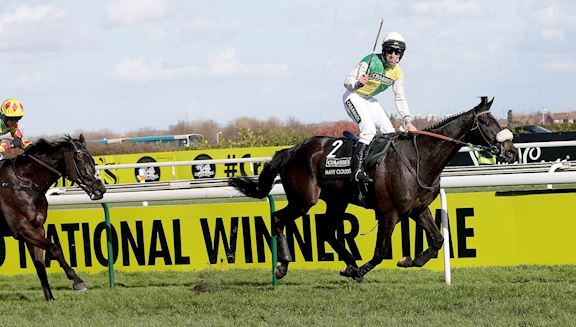 Many Clouds remembered at Aintree 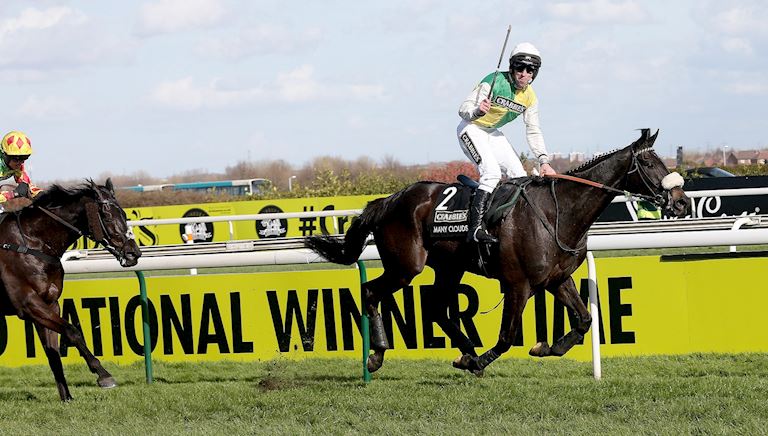 Aintree Racecourse announces today that the newly promoted Grade Two race staged over three miles and a furlong on Becher Chase Day in December is being renamed the Many Clouds Chase in memory of the great chaser.

The pinnacle of Many Clouds' illustrious career came at Aintree in the 2015 Grand National, when he put up a tremendous performance under Leighton Aspell to defeat Saint Are by a length and a quarter.

The Oliver Sherwood-trained horse carried 11st 9lb to victory that day, which was the best weight-carrying display seen in the Grand National since the legendary Red Rum's second success under 12st in 1974.

Many Clouds' victory was also a record-equalling third win in the world's most famous race for owner Trevor Hemmings, following on from the successes of Hedgehunter (2005) and Ballabriggs (2011).

Many Clouds ran at Aintree eight times during his career, appearing there more than any other racecourse.

In addition to his Grand National success, he won the chase over the Mildmay Course now named in his honour in 2016 and was runner-up to Don Poli in the same contest in 2015, when it was a Listed contest.

Many Clouds died of a pulmonary haemorrhage on January 28 this year at Cheltenham in the aftermath of his thrilling victory over Thistlecrack in the Cotswold Chase.

The performance of Many Clouds at Cheltenham saw the late chaser subsequently announced as the leading three-mile plus horse in the 2016/17 Anglo Irish Jump Classifications.

Hemmings commented: "It was a brilliant day when Many Clouds won the Grand National in 2015 and the determination he showed was phenomenal.

"He kept finding more, which was typical of the horse, who was a born competitor. I owe so much to him.

"Many Clouds loved racing at Aintree and to commemorate him permanently there with this race, which he won last year, is a fitting tribute to a wonderful horse."

Sherwood remarked: "It is great honour to have this race named after Many Clouds.

"I wish he was there to defend his 2016 victory this year, but it is a very nice touch.

"Ever since he died, there has been an amazing response from so many people - it has been unbelievable.

"The Jockey Club have planted a tree in Lambourn for him and I cannot thank everybody enough, especially Aintree which was obviously the scene of his greatest triumph."

John Baker, Regional North West Director of The Jockey Club, said: "We are delighted and honoured to re-name Aintree's newly-promoted Grade Two chase the Many Clouds Chase in honour of the 2015 Grand National hero and, as many people have described, the people's horse.

"I'd like to extend our gratitude to Trevor Hemmings, Oliver Sherwood and his team for allowing us to do so."

The Grade Two Many Clouds Chase will take place on Becher Chase Day, Saturday, December 9, this year, with prize money of £50,000.