Entries are revealed today for the two races over the famous Grand National fences on Becher Chase Day, Saturday, December 9, at Aintree. 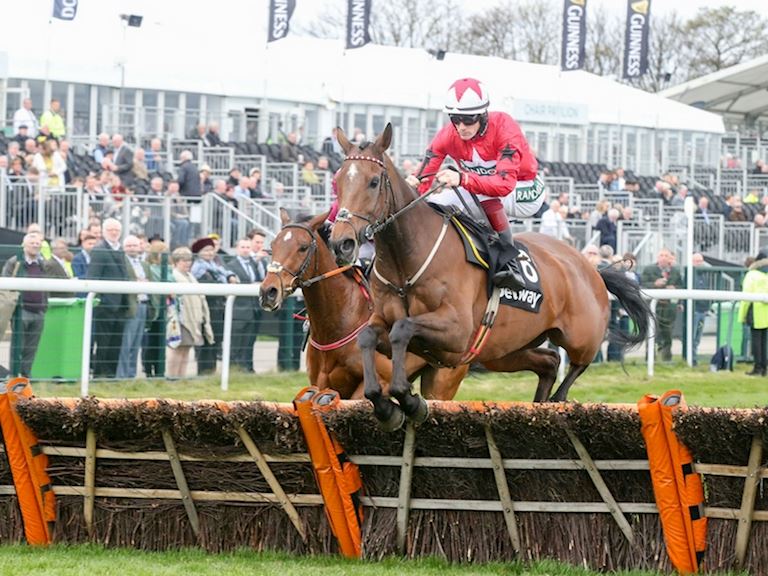 Highland Lodge (James Moffatt) is one of 60 entries for the feature G3 Randox Health Becher Chase, worth £145,000. The 11-year-old made most of the running to win the famous three and a quarter mile handicap in 2015 and almost repeated the feat last year, only to be overhauled in the dying strides by Vieux Lion Rouge (David Pipe), beaten a short-head.

Paul Nicholls is another trainer with a good record in the Randox Health Becher Chase, having won the race three times, and has dual Scottish Grand National hero Vicente and recent Badger Ales Trophy scorer Present Man among his four-strong team.

Other notable entries include impressive Ascot victor Go Conquer (Jonjo O’Neill), plus the Neil Mulholland-trained pair of The Young Master, who fell in the Randox Health Grand National, and Doing Fine.

The all-conquering Gordon Elliott Stable accounts for two of 10 Irish-trained entries. They are Ucello Conti, who has been a model of consistency in big handicap chases since joining the yard, and 2016 Thyestes Chase runner-up Mala Beach.

Westerner Point is an unexposed entry for Mallow handler Eoghan O’Grady. The eight-year-old has a good strike rate from nine starts over fences, with the biggest of his five successes over the larger obstacles coming in a Grade B handicap chase at Limerick over Christmas.

Westerner Point has done nearly all of his racing under Rules over two and a half miles or shorter, but relished the step up to three miles on his final start last season when comfortably winning a handicap hurdle at Cork in March.

He reappeared over hurdles in a handicap at Galway on October 30, finishing eighth behind Mon Lino.

O’Grady said: “All being well, Westerner Point will head over to Aintree in December for the Randox Health Becher Chase.

“He has been fine since Galway. That was his first run for a good while and he should strip a lot fitter the next day.

“He has a couple of engagements this week and will probably run in the handicap hurdle at Clonmel on Thursday.

“We want to go for the Becher because he is a very good jumper and I think the track at Aintree will suit him. We think he likes a level track as you saw when he won at Cork.

“He stayed the three miles well at Cork. The race on Thursday is three miles as well, so we will see how that goes.”

The late Dessie Hughes is the only Irish trainer to succeed in the Randox Health Becher Chase, taking back-to-back renewals with Black Apalachi (2008) and Vic Venturi (2009).

O O Seven (Nicky Henderson) tops 37 entries (up from 25 in 2016) for the other race over the Grand National fences on December 9, the £70,000 188bet.co.uk Grand Sefton Handicap Chase over two miles and five furlongs.

Weights for the both the Randox Health Becher Chase and the 188bet.co.uk Grand Sefton Handicap Chase will be revealed on Wednesday, November 22.

Grand National-style schooling fences will be available for contenders for the two races.

The schooling fences are situated at David Pipe's yard on the Somerset/Devon border, Jockey Club Estates Lambourn training grounds and at trainer Malcolm Jefferson's Malton yard in the UK, as well as at the Curragh racecourse in Ireland. There are two schooling fences available at each location.

In a new initiative for Becher Chase Day, British Horseracing Authority Jockey Coach and former jockey Brian Harding will walk the Grand National course with any jockeys before racing.

This is continuation of what was done on each day of the Randox Health Grand National Festival in April.

If you are 18-24, you can go FREE to this fixture by signing up and purchasing a RacePass ticket online at www.racepass18to24.co.uk