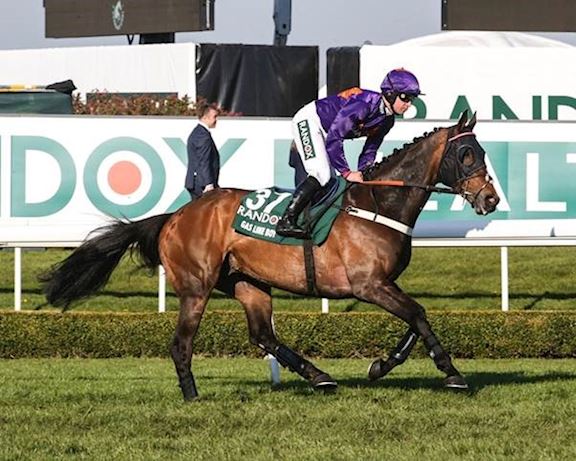 The highlight on Becher Chase Day is the £145,000 G3 Randox Health Becher Chase, which takes place over just short of three and a quarter miles on the Grand National course. There is also action over the famous obstacles in the £70,000 188bet.co.uk Grand Sefton Handicap Chase over two miles and five furlongs.

The 59 remaining entries for the Randox Health Becher Chase are headed by top-weight The Last Samuri (Kim Bailey, 11st 12lb), runner-up to Rule The World in the 2016 Grand National and a very encouraging second on his first start of the current season in a handicap hurdle at Kempton Park on November 13.

The Last Samuri finished third in the 2016 Becher Chase, which went to Vieux Lion Rouge (David Pipe, 11st 5lb) by a short-head from Highland Lodge (James Moffatt, 10st 5lb), who are both entered once again this year.

Highland Lodge is set for his fourth attempt at the Becher Chase, having also won the prestigious contest in 2015 and finished eighth on his first attempt in 2014 for former trainer Emma Lavelle.

Clear favourite in the ante-post market is the 2017 Randox Health Grand National fourth Blaklion (Nigel Twiston-Davies, 11st 6lb), who was second to subsequent G1 Betfair Chase hero Bristol De Mai on his comeback in the G2 Charlie Hall Chase at Wetherby on November 4.

Another leading contender for the Randox Health Becher Chase is Go Conquer (Jonjo O’Neill, 11st 4lb), who like The Last Samuri runs in the colours of Paul and Clare Rooney. The eight-year-old was an impressive winner of the G3 Sodexo Gold Cup Handicap Chase at Ascot on November 4.

Gas Line Boy (Ian Williams, 10st 9lb) ran a fine race in the 2017 Randox Health Grand National, belying his 50/1 odds to come home in fifth place, 17 lengths behind One For Arthur. The 11-year-old reappeared in the In Play Betting at 188Bet Veterans' Handicap Chase over three miles and a furlong on the Mildmay Course at Aintree on October 29, and fell three fences from home when still travelling well.

His trainer Ian Williams said today: “The intention is for Gas Line Boy to run at Aintree on Becher Chase Day.

“Ground will determine whether he goes for the Randox Health Becher Chase or the 188bet.co.uk Grand Sefton Handicap Chase. If the ground comes up soft, we would be looking more towards the Grand Sefton.

“It was just unfortunate what happened last time at Aintree. He has come out of the race well however and most importantly it does not seem to have affected his jumping or his confidence.” 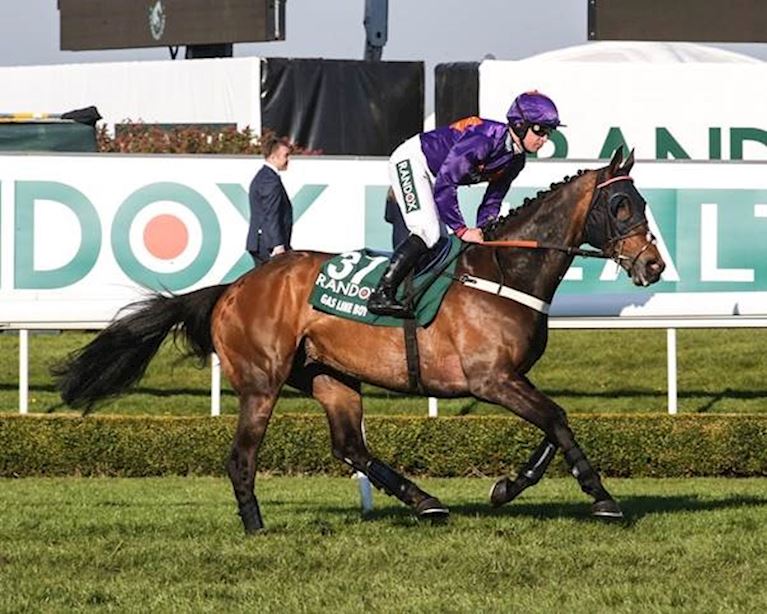 Ucello Conti (Gordon Elliott IRE, 10st 13lb) was sixth in the 2016 Grand National and is one of nine remaining Irish-trained entries while also prominent in the ante-post market are a trio from the yard of Paul Nicholls - Listed Badger Ales Chase victor Present Man (11st 3lb), who is due to run at Newbury on Saturday, dual Scottish Grand National scorer Vicente (11st 4lb) and As De Mee (11st 2lb), who landed the Grand Sefton Handicap Chase over the Grand National fences on this day last year.

Here's the leading contenders for the Randox Health Becher Chase

This is a continuation of what was done on each day of the Randox Health Grand National Festival in April.

Tickets and hospitality for Becher Chase Day are available here or by calling 0344 579 3001.

If you are 18-24, you can go FREE to this fixture by signing up and purchasing a RacePass ticket online at www.racepass18to24.co.uk.