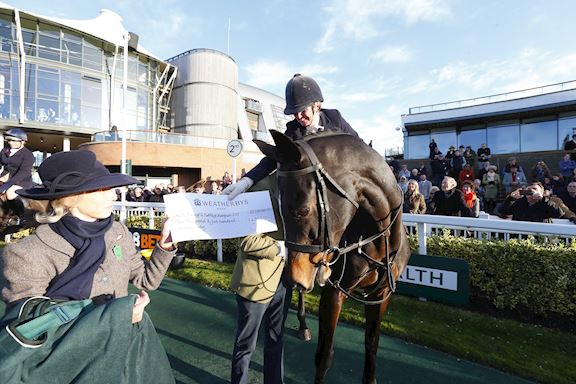 A first prize of £3,500 for the best racehorse turned hunt horse 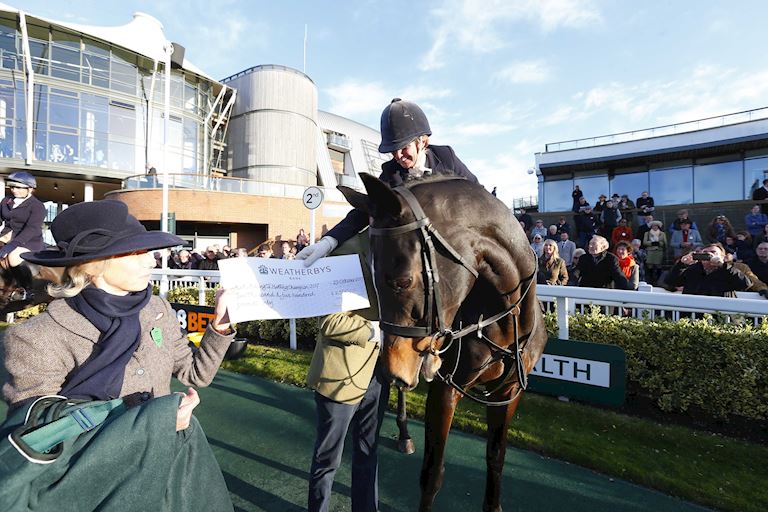 Six former racehorses head to Aintree for the course’s Countryside Day on Sunday 28th October to prove their versatility in the final of the Racing to Hunting Challenge, organised by Retraining of Racehorses (RoR).

Now in its second year, the Racing to Hunting Challenge, sponsored by Ri-Dry waterproof clothing, will be won by the former racehorse judged to have best adapted to a second career in the hunting field. The winner will be awarded the Meriel Tufnell Trophy together with a cash prize of £3,500, split between the winning horse’s rider and their local hunt.

This year’s challenge attracted nominations from hunts from all over Great Britain. From the nominations, the judging panel drew up a long-list, from which today’s finalists were selected following visits by the judges to see the horses in action in the hunting field.

The six former racehorses range from 11 to 20 years of age, they enjoyed varying degrees of success on the track and are travelling to Aintree from as far a field as Kent and Berwickshire.

On the day they will undertake a series of challenges, including jumping and negotiating obstacles that they might come across on a day’s hunting. The horses and riders will also be parading with a pack of hounds from the Holcombe Harriers and throughout the judging panel will be monitoring their behaviour and performance.

Looking to follow in the steps of 2017 winners Brumous and Melanie Duff, the six finalists are:

Di Arbuthnot, Chief Executive of Retraining of Racehorses (RoR), said: “The standard among the finalists looks very high with all six showing the temperament and versatility needed to make an exceptional hunter.

“It will not be easy picking a winner as they all look worthy of winning the prize. Our thanks again to Aintree for hosting the final and to Jonathan Clark and his panel of judges for the hard work they have put in.”

Retraining of Racehorses (RoR) is British Horseracing’s official charity for the welfare of horses that have retired from racing. The charity raises funds from within the Racing Industry for the retraining and rehoming of former racehorses.

RoR provides a safety net for ‘vulnerable’ former racehorses and promotes the adaptability and versatility of these horses to other equestrian activities. The charity also runs a well established programme of competitions and educational events across the country, including the Racing to Hunting Challenge.

Further details of the finalists are as follows:

15-year-old by Bishop Of Cashel, formerly trained by Paul Henderson

Johnny Mullen had 18 starts under National Hunt rules, winning twice. He also ran in 12 Point-to-Points. On one start at Wincanton, when he was third, Malcolm Batters saddled him for trainer Paul Henderson and recalls that he doesn’t entirely know why but he said if ever Paul was looking for a home that he would be interested.

18 months later he was retired and Malcolm went to the yard and put a saddle on him and rode him out, jumping a few hunt jumps, and he then rode him home!

“The first time I took him hunting the Field Master was unable to get to the Meet, so Johnny Mullen and I stood in. He has since Field Mastered many times and even hunted Hounds briefly when the Huntsman’s horse went lame. He has a snaffle mouth and is happy going first, last or on his own. Quite simply the best horse I have ever had!”

Kasilia ran in 23 races under National Hunt rules, being placed in 9 of those starts. He then went on to run in 13 Point to Points, winning won and securing a further 5 placings. When Kasilia arrived at Amy Brown’s, he started Autumn Hunting straight away and proved to be a gentleman, jumping everything asked of him. Amy whips in so Kasilia was thrown in at the deep end, and he was great with the hounds from the word go. At the age of 20, he still goes hunting at least once a week and never goes home ahead of the hounds. “He is absolutely the perfect hunter.”

During a racing career of 48 starts, in which time he was trained by Alan King and Renee Robson before moving to Kerry Lee, Kikos won four chases and was placed a further 17 times before he retired from racing in 2013. Amy Morgan says: “Kikos has proven from the start and through the last four seasons to be the most honest, calm, kind and generous hunter and having been contacted by his previous owner it turns out he had never hunted prior to when I bought him. I can lead my god daughter on her tiny Shetland, jump the biggest of our vale country up at the front of the field, stop and shut gates, jump the gates and walk across fields when 200 of our Saturday field are galloping and he is as well known for his sanity as he is for his tongue which hangs out constantly! Kikos goes on hound exercise with the Heythrop puppies in late summer for the first time they see a horse and is utterly trustworthy with them.”

Nikola won seven races during his 62 race career, including wins over fences, hurdles and on the flat, earning just shy of £100,000. In the hunting field he turns his hoof to many roles, from whipping in, to Field Mastering, to being a member of the field, and the leader of the “scream if you want to go faster club”. The “scream if you want to go faster club” runs on a Saturday when Margaret Morris does not have Field Mastering duties; she gathers up the children and they speed around the countryside learning to gallop and follow hounds, developing that passion for hunting that can not be taught. “Nikola really is special and is an outstanding member of the South Notts Hunt. Country that he crosses, without a blink of an eye, varies from ditch and hedge country to dry stone walls.  He takes it all in his stride and would be a challenge to keep pace with, while he can also turn his hoof to playing nanny to the next generation.”

The Friary – owned and ridden by Struan Wilson (Tynedale Hunt)

The Friary had 17 starts under National Hunt rules, winning two chases and being placed seven times. He also won his only Point-to-Point. Having retired from racing in 2015, he was bought by Struan Wilson and immediately took to both hunting and Hunt fun rides, completing 30 days hunting in his first season. Struan says “He has turned into a marvellous hunter, a real joy to ride, safe with hounds and other horses and ponies. He will go up front or at the back, he jumps anything and everything carefully and at an appropriate pace. At 67, my days of galloping flat out at fixed timber are rather behind me, but with Friar’s help, I think we have rather acquitted ourselves rather well.”

Described as “our horse of a lifetime”, Wee Bertie was bought in 2011 as a solid Point-to-Pointer for Chris Thomson to ride and he never disappointed. He had 20 runs under rules, winning twice, and enjoyed two more successes in a further 24 Point-to-Point starts. “Bert was retired from racing because old age caught up with him but from the first day we owned him he went out hunting and that has helped him become the legend he is today.” Bert and Chris whip-in and consequently have crossed country that even the field couldn’t follow at times! He’ll take on the biggest hedge to the widest ditch but is also clever enough to always find a fifth leg and figure out how to keep up with the hounds.