Now a nine-year-old, One For Arthur has not raced since that memorable success for Scotland in April 2017, having sustained a tendon injury when being prepared for the following season in October of that year. 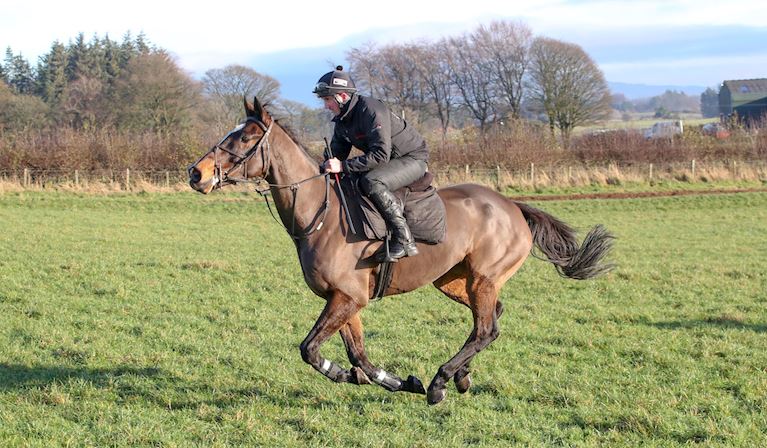 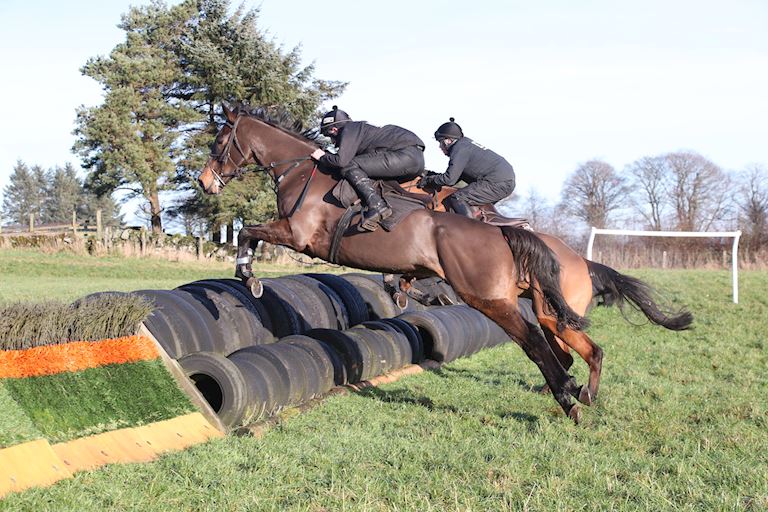 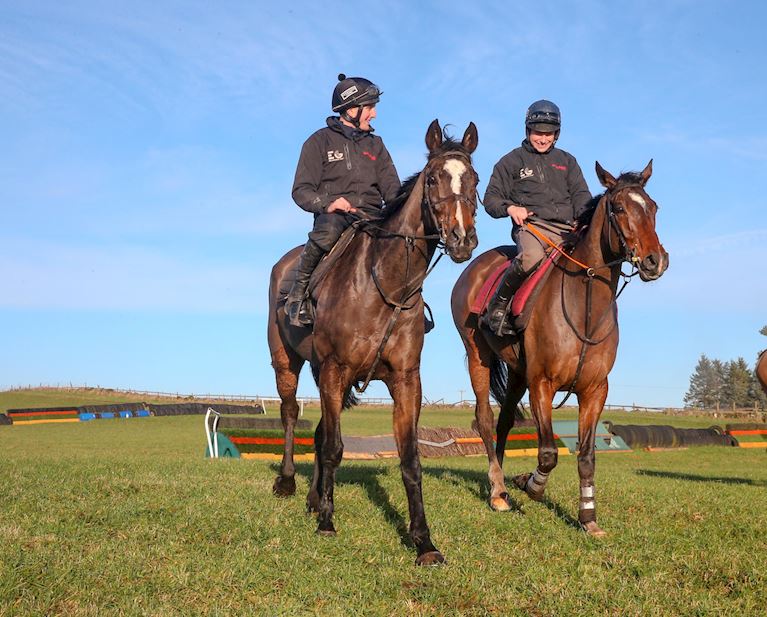 ONE FOR ARTHUR schooling at home for trainer Lucinda Russell.