Aintree Racecourse, the home of the Randox Health Grand National hosted some special guests to launch a new partnership for their community programme. 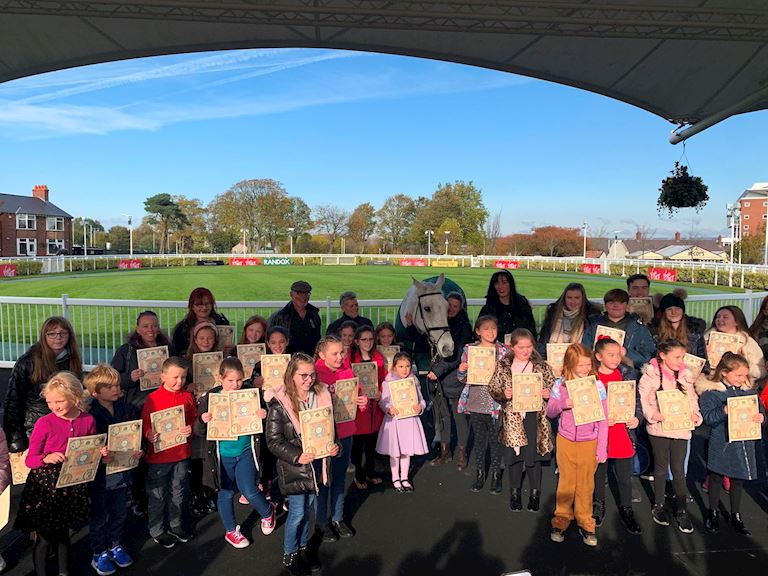 Park Palace Ponies is an inner city starter riding school opened in April 2017 in the Dingle, Toxteth. It aims to inspire a new generation of horse riders and to make horse riding more accessible to those in inner city areas. They offer riding lessons for children aged 7- 10 who have never ridden before.

Aintree and Park Palace Ponies have joined forces to offer a host of horseracing and Grand National activities for these children.

After receiving their graduation certificate from Aintree’s Managing Director, John Baker, over 120 children and parents were treated to a behind the scenes tour by Aintree historian, Jane Clarke and spent time with Neptune in Aintree’s world famous parade ring. 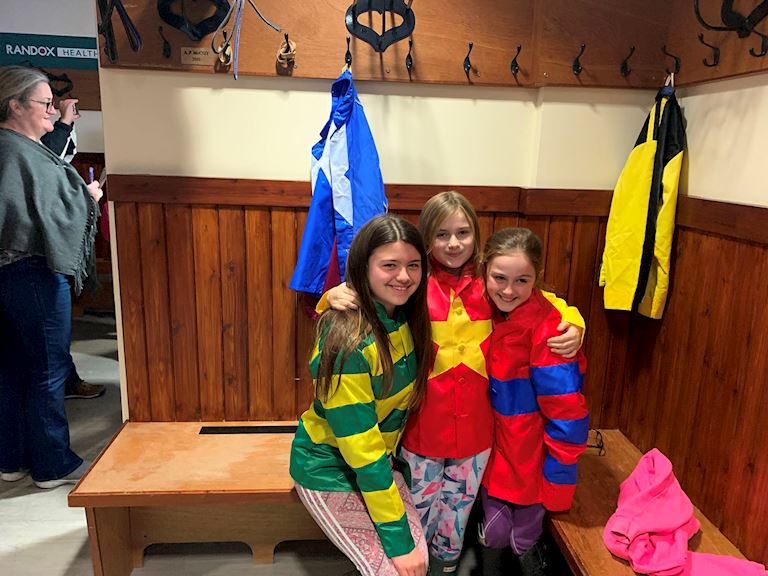 John Baker, “It was an honour to host children from Liverpool for their graduation as well as volunteers from Park Palace Ponies who do an inspiring job. It was great to kick start this partnership and fantastic to see the Grand National legend, Neptune Collonges back at Aintree too. We’re committed to giving back to our local community and look forward to plenty more Grand National related activity for children in Liverpool in 2020.”

Emma Pritchard who’s children Ruby and Thomas graduated from Park Palace Ponies yesterday, said “What a lovely day at Aintree – we thoroughly enjoyed it. Ruby and Thomas had been looking forward to it so much, the staff were so friendly and we particularly enjoyed talking with Jane learning about her knowledge of the Grand National. We couldn’t have picked a better riding school for my children to learn and develop their love of horses. Thank you to everyone at Park Palace Ponies for this excellent opportunity for my family.”

Mary Murray who’s Granddaughter, Ava Murray attended Park Palace Ponies, said “My granddaughter was beaming with pride collecting her graduation certificate today at the world's most famous racecourse, Aintree. We are so grateful to Park Palace Ponies for giving her the opportunity to ride a pony in the inner-city, so grateful to the numerous sponsors who have donated, especially Terry Reed, once again the spirit of this city shines on.”

Glenda Richards, Mother of Isabella, Charlotte and Emelia Richards who graduated at Aintree today, said “Thank you for organising such a fantastic day. My daughter completed the course last year and it has had a truly positive impact. She absolutely loved every session, not only learning to ride but learning the breeds and points of the pony, growing and mucking out. But more importantly it’s the increased confidence it has given her which has been invaluable. I cannot recommend the course highly enough. “