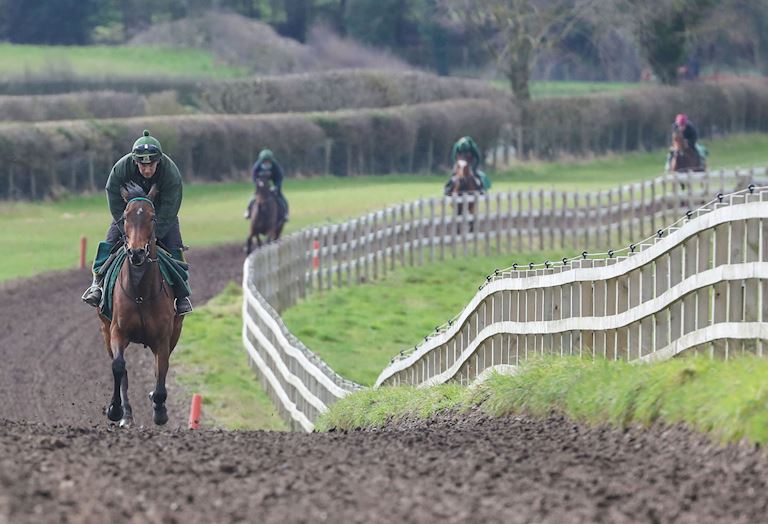 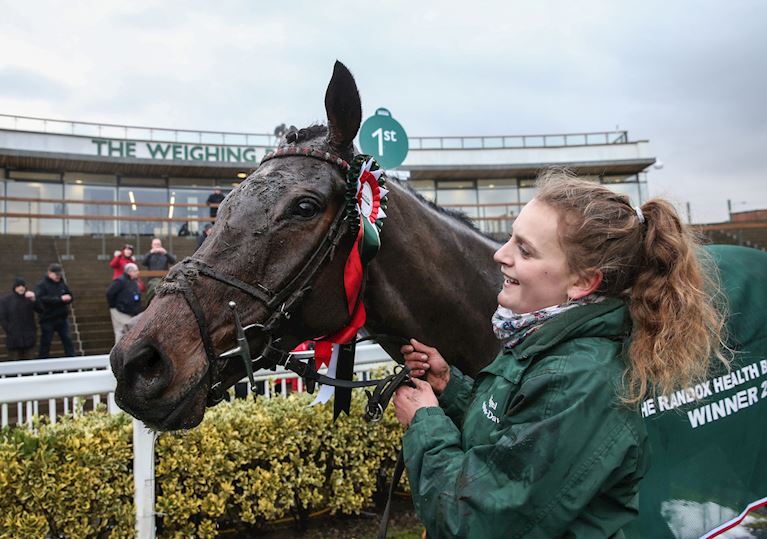 Formerly trained by Nigel Twiston-Davies, Blaklion transferred to Kirby in February after being purchased privately by owners Darren and Annaley Yates.

The 10-year-old has shown his liking for the Grand National fences in the past, having finished fourth in the 2017 Randox Health Grand National prior to an impressive nine-length victory in the Becher Handicap Chase in the December of that year.

Blakion, who was brought down at the first fence in the 2018 Randox Health Grand National, finished fifth on his final start for Twiston-Davies in a three-mile handicap hurdle at Haydock Park on February 16.

In-form Kirby, based near Catterick Racecourse in North Yorkshire and enjoying by far his best Jump season with 37 winners (up to and including Wednesday, March 27) , reported: “Blaklion is in good form and we have been happy with him since his racecourse gallop at Wetherby [on March 19].

“It was not too serious a workout, but it was good to get him on the track and get a nice blow into him.

“He heads to Aintree with a nice weight and has proven himself round the track before, finishing fourth in a Grand National and winning the Becher Chase.

“We have kept him fresh and we are looking forward to running.”

Blaklion is a 33/1 chance with Betway, official betting partner of the Randox Health Grand National Festival.

Lady Buttons has won four of her five starts so far this season, including a Listed mares’ chase at Doncaster in December and a G2 mares’ hurdle at the same track in January.

The popular nine-year-old was last seen out when fourth in the G1 OLBG Mares’ Hurdle at the Cheltenham Festival on March 12.

Kirby added: “Lady Buttons is set to run in the Red Rum Chase on the Thursday of the meeting.

“She ran well in the G1 Maghull Novices’ Chase there last year [fourth] and the plan has been to return to fences after Cheltenham.

“Things didn’t work out at Cheltenham, but she ran a creditable race and we have been happy with her since.”

Kirby also provided an update on Top Ville Ben, who returned to winning ways impressively in a novices’ chase at Wetherby on March 19, when scoring by 37 lengths.

“Top Ville Ben is very talented and I thought he had a real each-way chance at Cheltenham [when falling in the G1 RSA Insurance Novices’ Chase on March 13], but he was just too brave at his fences there.

“He would need the ground to be at least good to soft to run because he has a high knee action and hits the ground hard.

“Hopefully, he could develop into a Grand National horse."

Grand National Thursday and Ladies Day of the Randox Health Grand National Festival are among the select few days racing in Britain which stage four G1 races – the highest class.

Entries for the races on Grand National Thursday, April 4, will be revealed tomorrow afternoon.

About Aintree Racecourse / The Jockey Club
Aintree is home to The Randox Health Grand National, the most famous horse race in the world which is the climax to a three-day Festival meeting in April every year. The racecourse hosts five other fixtures and is a leading conference centre in the north west of England.