The remarkable nine-year-old, owned by Michael O’Leary’s Gigginstown House Stud, has won the latest two runnings of the world’s greatest chase and is also a four-time Cheltenham Festival winner. 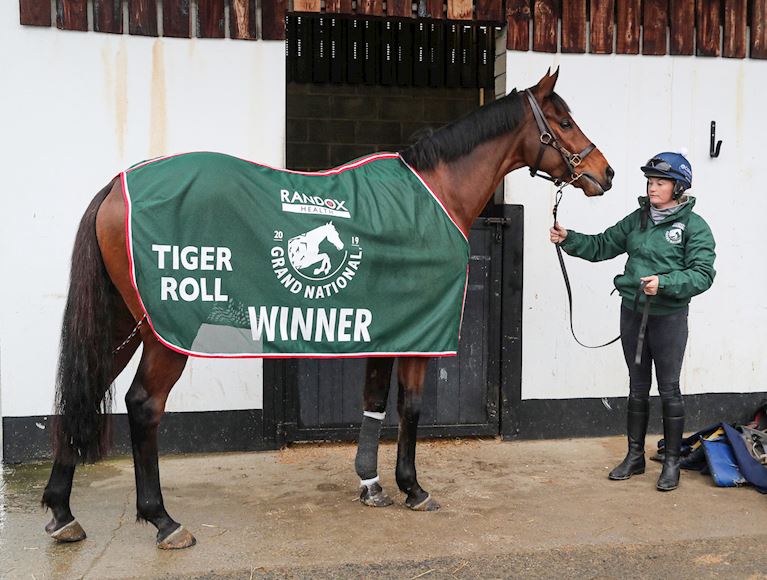 On 15 November, Tiger Roll had a chip removed from a joint and is currently being rested in his box. Elliott had revealed earlier in the campaign that Tiger Roll would make his seasonal reappearance in the G2 Boyne Hurdle at Navan on 16 February (a race he won in 2019)  followed by the Glenfarclas Cross Country Chase at Cheltenham (which he won in 2018 and 2019) and the Randox Health Grand National. This remains the plan as Tiger Roll makes his recovery at Elliott’s Cullentra House Stables in County Meath, Ireland.

Speaking today at a media stable visit organised by Aintree Racecourse and Randox Health, Elliott said: “Tiger Roll is making a good recovery and tomorrow week (Thursday, 5 December) the bandage comes off and he starts back walking. He will do three weeks walking and then, all being well, he will be back cantering steadily. He was in full fitness and ready to run when it happened so while of course it is not ideal, it could have been a lot worse.

“The Boyne Hurdle is where we would love to go but if that doesn’t work out there is a good chance he could go straight to Cheltenham for the cross country.

“The Randox Health Grand National is the plan. Obviously, Michael O’Leary owns the horse and will make the final decision but, in my mind, it is the race we have been training him for ever since he won it last year.

“He carried 11st 5lb when he won last season. We are not stupid and know we are going to have top-weight (11st 10lb) this time and it is just a question of how the weights are going to be compressed. The handicapper has got his job to do and I am sure he is going to be fair with everyone. Would Tiger Roll have won with 5lb more last season? I think he probably would have.

“It is frightening what he did last year really. When he got the blinkers on him, he was a different horse and you could say he was the best he ever was last season. His win in the Boyne Hurdle was awesome and he was brilliant in the cross country at Cheltenham. Then his win the Randox Health Grand National looked a better performance than it was the year before.

“Tiger Roll is just a legend of a horse. He has won two Grand Nationals and at four races at the Cheltenham Festival – he is the horse of a lifetime and we are just so lucky to have him. Everyone knows and loves him and he is such a character. He has a great name and loves everyone coming to see him and patting him in his stable.

“Whenever anyone comes to visit, the horse they all want to see is Tiger Roll. He is not a big horse although is not as small as everyone says – he is compact and has the right bits in the right places.”

Elliott created history in 2019 when saddling a record 11 runners, beating the record of 10 set by his former boss and mentor Martin Pipe in 2001. The trainer revealed today that he has 15 horses he is considering for the 2020 Randox Health Grand National.

Elliott continued: “If the entries closed for the Randox Health Grand National today, I think I would be making about 15 entries.

“Borice could go. He runs in the Ladbrokes Trophy at Newbury at the weekend and did his last bit of work yesterday. He is good form and we are looking forward to running. He has won a Galway Plate and jumps and stays. I actually thought he was a Grand National horse last year but I just didn’t get the rub of the green with him. We gave him a wind operation which seems to have turned him around. He jumps and stays and looks like a National horse.”

Dounikos is a very good horse when things go right and Jury Duty won the American Grand National. Alpha Des Obeaux is a Graded winner while The Storyteller and Shattered Love are both Cheltenham Festival winners. 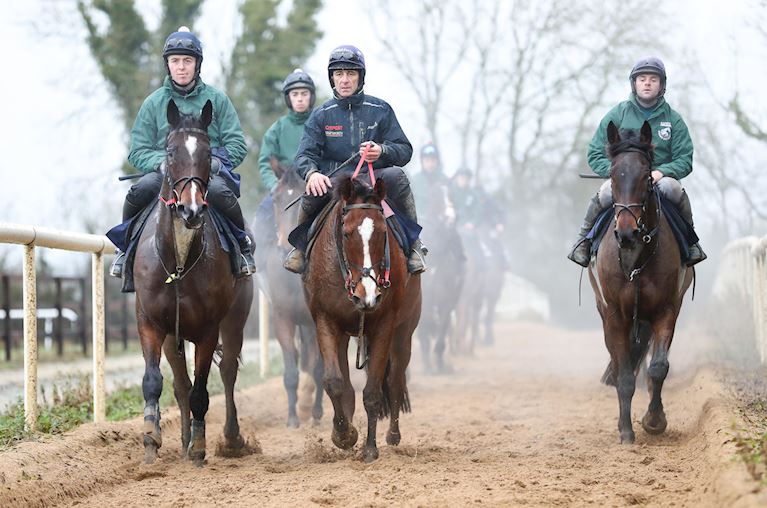 “Ravenhill was just beaten in a Kerry National. Noble Endeavour has lost his form – the ground was too quick for him last season, but he ran a nice race at Aintree in the spring. Roaring Bull will get an entry but might not get in. Champagne Classic is a Graded winner and Ucello Conti is a good horse who was going well when he came down in the race before.

“Monbeg Notorious is a good horse while General Principle is an Irish Grand National winner and Prince Of Scars is a two-time G1 winner. They all entitled to be there.”