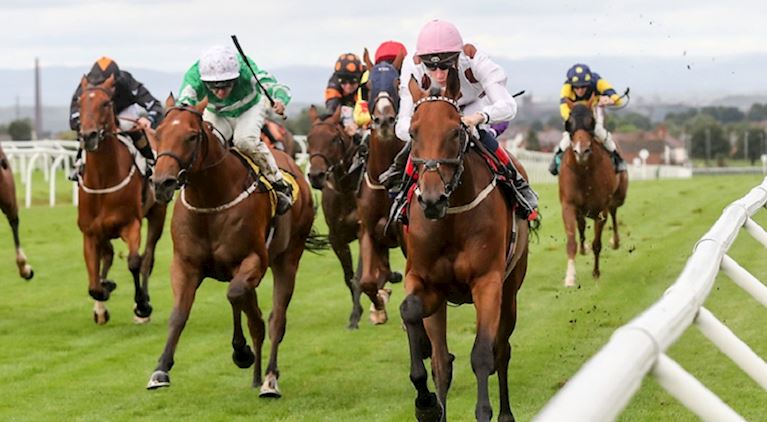 Both Final Go, trained by Grant Tuer, and Iain Jardine’s Mearing were victorious in their respective races at last week’s flat meeting and are back again at the Carlisle Youth Zone Race Day meeting on Thursday.

Final Go finished a length and a half clear of Richard Fahey’s Danehill Desert over 6f and will again have Sam James in the saddle when they line up for the Armstrong Watson Handicap (Class 4) over similar distance.

In what looks a keenly contested, nine-strong field, competition could come from Keith Dalgleish’s Chookie Dunedin and Michael Dods’ Queens Gift. The latter headed Final Go by two lengths at Ripon back in June and has more recently won at Newcastle.

Another Dalgleish hope Iconic Code and Fahey’s DontgiveuponBob will also be fancied. David O’Meara’s Highland Bobby was a winner at Wetherby in April but was among those beaten by Mearing in that last run on the Durdar track.

Twelve runners will contest another Class 4 race, the Baines Wilson LLP Handicap over 7f and there’s plenty of experienced winners in the field.

John Balding’s Showboating has 11 victories in 115 career flat starts. The 10-year-old’s last win came at Carlisle in June 2017, triumphing over 8F. Both Uncle Charlie for Ann Duffield and Lawrence Mullaney’s Beverley Bullet have won on this course and at this distance. Bryan Smart’s King Robert won on his Carlisle debut in June 2015.

Dods’ Gale Force Maya won over 6f on debut at Newcastle earlier in the month and the same trainer has Kolossus, a recent winner at Ayr.

Dods will again be a challenger in the Nxt Recruitment Nursery Handicap with Flint Hill ridden by Andrew Mullen. Dream Poet for Jedd O’Keeffe was an 8-1 winner last time out at Beverley and Smart’s Stronsay was a winning favourite at Thirsk in his last race, also this month.

Earlier in the afternoon, there’s an opportunity for female amateur jockeys in the Kingmoor Park Properties Ltd Handicap.

Dalgleish’s Crazy Tornado will have Carol Bartley riding. The five-year-old gelding can boast two Hamilton wins in August but was mid-placed in a 9f at Carlisle earlier in the month. 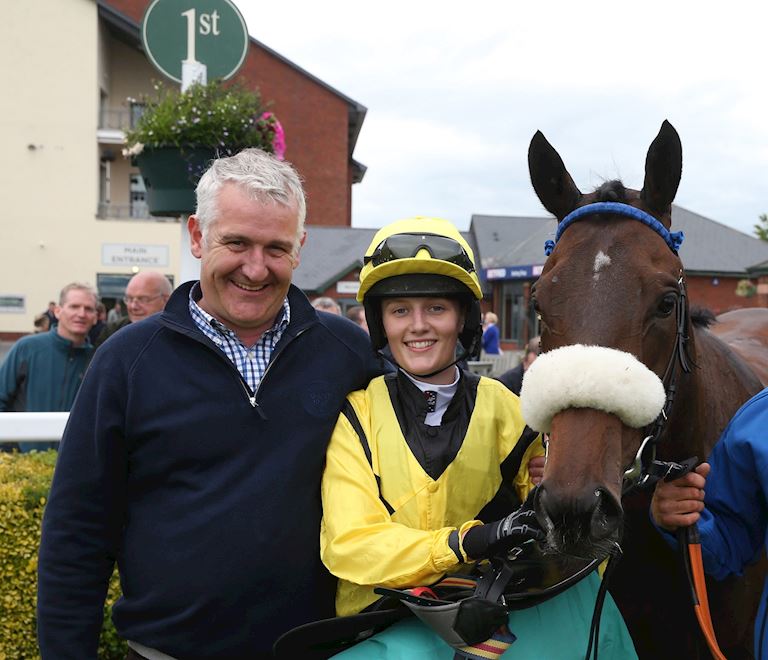 Ella McCain will again take to the saddle of dad Donald’s Dark Confidant (pictured above), the horse on which she made her debut and won as a 16-year-old at Carlisle in July last year. Continuing the family theme, Joanna Mason rides granddad Michael Easterby’s Stubytuesday.

Kicking off the afternoon is the Genesis Homes Amateur Riders Handicap for novice amateurs with trainers Alistair Whillans, Tim and Michael Easterby, Micky Hammond and Dianne Sayer among those supporting the race.

The seven-race card supports the Youth Zone charity and last year £25,000 was raised by local businesses and individuals for its work.

Molly Dingwall, Carlisle Racecourse’s General Manager, said: “This day is always a favourite in the calendar because not only can we offer some excellent flat racing but it also helps a wonderful local charity, which does such great work with our young people.

”We’re delighted that so many companies have given their backing and we’re sure it will be a fantastically entertaining afternoon both on and off the track.”