Leading Jockey Goes For More Glory At First Meeting Of 2018

Ulsterman Hughes leads the way with five winners at Carlisle this season – one ahead of nearest rival Craig Nichol. And Hughes will look to add to his victory haul with no fewer than six rides on Monday. 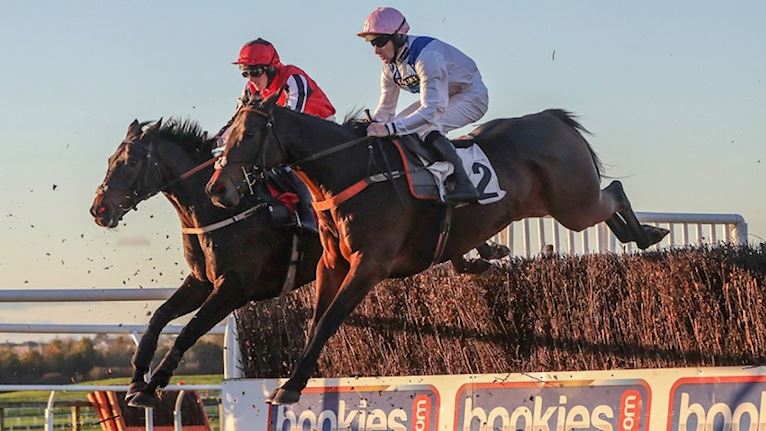 Hughes, who led the superb Waiting Patiently to an impressive win in Carlisle’s prestigious Class One Colin Parker Memorial Chase back in November, has rides for Donald McCain, Ann Hamilton, Lucy Wadham and Brian Ellison.

They include Ellison’s excellent six-year-old Windsor Avenue who won at Loghbrickland in November and then followed it with a nine-length triumph at Sedgefield last month.

Hughes, who currently lies third in the Champion Jockey rankings with 109 winners this season, will also partner Ellison’s TomnGerry who was narrowly beaten at Carlisle in November.

Another Ellison entry who will be closely watched will be Barry’s Jack. The eight-year-old has won on his last two outings at Carlisle, both back in October. He goes again over the 2m 1f distance in the 2.30 188Bet Daily Racing Specials Handicap Hurdle.

Barry’s Jack will be partnered by Kane Wood who has won on two of his three races at Carlisle this season.

Grand National winning trainer Lucinda Russell is sending three horses to Cumbria on Monday, including six-year-old Haul Us In who posted second last time out at Ayr in January and was third on his last outing at Carlisle back in February last year.

Monday’s impressive seven-race card is Carlisle’s first race meeting of 2018, and it is already shaping up to be another year to remember.

Prize money has been increased by more than £350,00 and it is expected the course will continue to attract the nation’s leading owners, trainers and jockeys.

Monday will see another qualifier for the Northern Lights Series, with the finals to again be held at Carlisle in December. The series returns this year with prize money in all finals raised to £35,000, providing a real incentive for Northern-based owners and trainers.

Carlisle will host 24 race meetings this year. On top of the mid-week afternoon and evening meetings there will be racing on Sunday March 18th; Saturday March 31st (the annual Easter Family Fun Day which this year has a ‘Super Hero’ theme); Saturday July 7th (when Paloma Faith will play a special post-racing concert); and National Hunt Sundays on November 4th, December 2nd and December 16th.

Added to that there is the annual Ladies Day meeting on Monday August 6th – the UK’s only all-female jockey race event.

Together with the famous Carlisle Bell & Cumberland Plate Day on Wednesday June 27th, when horses and jockeys battle it out for the world’s oldest sporting trophy, the course will welcome the second running of The Northern Lights Series Finals on Sunday December 2nd.

Tickets for Paloma Faith’s concert after racing on Saturday July 7th are on sale now.