Trainer Donald McCain has no fewer than six entries at Carlisle Racecourse on Thursday as he looks to emerge as the course’s top Jumps trainer for 2018. 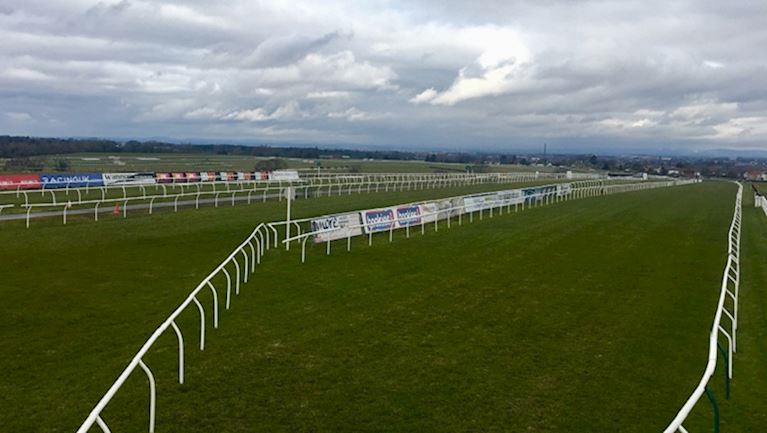 Cheshire-based McCain is in a three-way tie with Rose Dobbin and Brian Ellison ahead of the meeting with all having saddled three winners at the Durdar track this season.

Among McCain’s entries on Thursday is promising Shantaluze in the 2m1f Intermediate Open National Hunt Flat Race. The six-year-old has won on his last two outings, at Kelso and Tinahely, and will again be ridden by Brian Hughes, who has seven winners at Carlisle in 2017/18.

Hughes will also ride McCain entries Whitsundays, who looked impressive at Kelso in January when winning by 16 lengths, and Pinch of Ginger who was fourth last time out at Carlisle in February.

McCain’s first runner of the day – Spin The Coin in the Hands And Heels Handicap Hurdle – will be up against another McCain in the shape of Donald’s daughter Abbie who rides Frightened Rabbit for Hackthorpe-based trainer Dianne Sayer.

Carlisle has now recovered from the recent snow storms. Following last weekend’s thaw, ground staff have worked hard to get the course in tip-top shape and a cracking afternoon of National Hunt racing is in prospect on Thursday.

Richards’ 11-year-old gelding Cultram Abbey will be among the fancied runners in the 2m5f Open Hunters' Chase after two recent impressive second places at Kelso.

Following the seven races there will be a special Cheltenham Preview in the Lawn Suite. A panel of racing experts will give their views ahead of next week’s National Hunt festival, looking at the runners, riders and potential stars.

Molly Dingwall, Jockey Club’s Group Trainee General Manager, said: “Our Cheltenham preview is always a popular event and it will be great to see as many racing fans here as possible here.

“The course is looking great after the recent horrendous weather and we can’t thank the ground staff enough for their tireless work. It should be a cracking meeting.”

Gates open for this Thursday’s meeting at 12.20pm. First race is 2.20pm and the last race goes off at 5.35pm. Adult tickets are £14.00 (in advance) or £17.00 (on the day). All under 18s get in free when accompanied by an adult. Entry to the Cheltenham Preview in the Lawn Suite is free to all those attending the race meeting.