Brian Ellison is aiming to move ahead as Carlisle’s leading trainer on Sunday as jumps racing returns to the course for the third weekend on the trot.

Ellison, who is tied with Stuart Crawford with four winners over Carlisle’s jumps this season, has two runners declared for this Sunday’s meeting.

First up will be eight-year-old Mahlerdramatic in 2m 4f Novices' Handicap Chase, who is looking for his first win in two years, although he posted an impressive second last time out at Market Rasen.

Siannes Star, ridden by Conor King, goes in the 2m 1f Standard Open National Hunt Flat Race where the five-year-old will take on Crawford’s only entry of the day Largy Glory. The four-year-old filly is making her National Hunt debut under the command of Brian Hughes.

Hughes, the course’s leading jockey with 10 winners this season, will be looking to add to his latest triumph at Carlisle which came last Saturday when he led favourite Pixiepot to an impressive win in the Northern Lights Mares' Hurdle Qualifier.

Two other jockeys returning to Carlisle hoping to continue their good form over the jumps are Tommy Dowson and Conor O’Farrell. 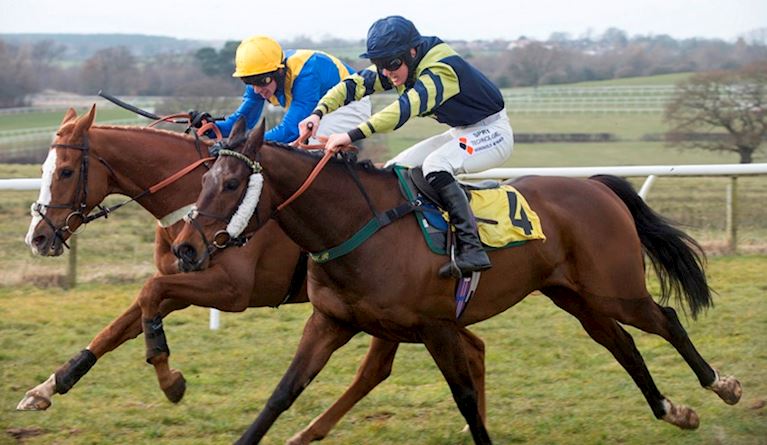 Dowson, who led Skipthescales to win in Cumbria last weekend (pictured above), returns in what is set to be an intriguing Conditional Jockeys' Handicap Hurdle (DIV I) on board Victor Thompson’s Rapid Fritz.

O’Farrell, who relocated to the north earlier this season, was clearly delighted after leading 11/1 shot Achill Road Boy home to a wonderful win in last Saturday’s 3m 3f handicap chase.

This time out he will ride Lady London for Rose Dobbin in the 2m 4f Novices' Handicap Chase. Dobbin, who is a big supporter of racing at Carlisle and has saddled three winners here this season, has a trio of entries this weekend.

Among these is eight-year-old Doktor Glaz who won last time out at Doncaster on January 26.

Donald McCain is, once again, sending multiple entries north from his Cheshire stables. The Grand National winner has no fewer than seven runners on Sunday.

They include course specialist Derintoher Yank, who has won three times at Carlisle in the last two years, and Fin and Game in the 2m 1f Pauline Phizacklea Memorial Novices' Hurdle. The six-year-old is going for a fourth straight win of the season after triumphs at Wetherby, Bangor-on-Dee and Southwell.

“More than 4,000 people have witnessed some crackling jumps racing here and we are delighted we have another packed card lined up for this Sunday’s meeting.

“It is great to have a Division One race as our opener for the day and with 81 horses declared it should make for another really thrilling day of jumps racing.”