Leading contenders Roger Fell and Tim Easterby go into Carlisle’s premier day of flat racing with serious hopes of winning one of the day’s big trophies.

Thousands of racegoers are expected at the Cumbrian course for Wednesday’s historic Carlisle Bell & Cumberland Plate meeting, which also boasts the listed Eternal Stakes in its seven-race card. 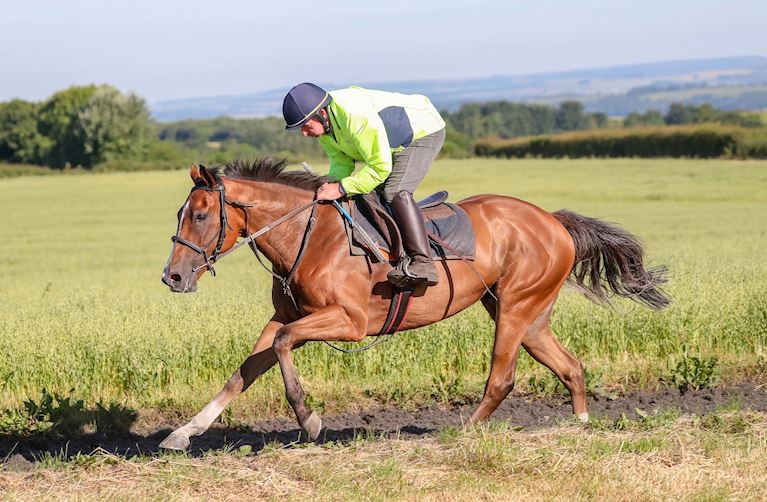 The meeting, dubbed the city’s Derby Day, attracts leading owners, trainers and jockeys looking to add one of the sport’s oldest trophies to their CV.

The feature race’s name derives from the bells awarded to the first winners in the reign of Elizabeth I. They are the oldest sporting trophy still being contested today and will be making the journey from Newmarket’s National Heritage Centre for Horseracing and Sporting Art to be on show for the big day.

Roger Fell goes into the meeting as Carlisle’s leading trainer this year with four winners from his nine runners.

And in Presidential he has one of the country’s form horses. The four-year-old goes into the one-mile Bell having claimed three wins in seven outings this year, only once finishing outside the top three.

Tony Hamilton, who bagged a double at Pontefract on Sunday, will be in the saddle. He’ll be up against Ben Curtis taking the ride on Fell’s other entry Mulligatawny.

Tim Easterby’s declared runners Vive la Difference (pictured above) and Balestra are likely to be contenders in the 17-strong field having shown great form so far this season.

The former has won twice at Hamilton at just over a mile and Balestra also has two victories at Haydock and Catterick, over slightly shorter distances.

Tim’s uncle Mick Easterby has the most entries – with three going for the line in the Bell. Qaffaal, a winner last month at Chelmsford, and with Paul Mulrennan riding, will likely start the shortest odds of the three.

Richard Fahey won last year’s Bell with Carnageo but that horse was pulled from this year’s running after a check on the likely ground conditions. Stablemate Calvados Spirit is more a lover of fast ground and will carry the Musley Bank stable’s hopes.

The Cumberland Plate also has a long-history and this year has a strong contender for North Yorkshire-based Fell.

Ad Libitum under Curtis is likely to be championed for the 1m 3f handicap. The gelding was a winner last time out at Carlisle over the same distance. Zihaam with Cam Hardie also runs for the same trainer.

The fancied Aasheq goes for Tim Easterby after wins over slightly shorter distances at Hamilton and Chester. Also likely to catch the eye are Iain Jardine’s Tor and Theglasgowwarrior for Jim Goldie.

The biggest prize of the day is in the Eternal Stakes over just short of 7f. The race attracts some of the best three-year-old fillies in the country and promises to be an intriguing sprint.

Roger Charlton’s Gavota was down the field on her return at Newbury in April but was twice a winner last year. She’ll be partnered with Kieran Shoemark. Fahey’s Dance Diva is another looking to show the form of 2017, when she enjoyed a trio of firsts.

And there will be support for Miss Bar Beach, from Keith Dalgleish’s Lanarkshire yard with Philip Makin on board. She’s a third hope looking to return to last year’s winning ways.

Molly Dingwall, Carlisle Racecourse’s General Manager, said: “This is without doubt a date everyone looks forward to. There’s the tradition with the Bell and Plate having been a part of both local and racing history for such a long time, but there’s also great entertainment.

“We look forward to welcoming regular racegoers, those who come just to enjoy this special day and hopefully, with good weather forecast, we’ll be able to introduce some new people to the excitement of first-class racing.”

Gates open on Wednesday at noon. First race is 2pm and the last race is 5pm. Adult tickets are £15 (in advance) or £18 (on the day). Under 18s free entry when accompanied by an adult.