The recent winners of Carlisle’s biggest flat racing prize will be back on Saturday hunting for more success on an action-packed day.

On one of its biggest days of the year, the Cumbrian track offers the triple bonus of live racing, a concert from chart-topper Paloma Faith and an early start to allow fans to watch England’s World Cup quarter-final. 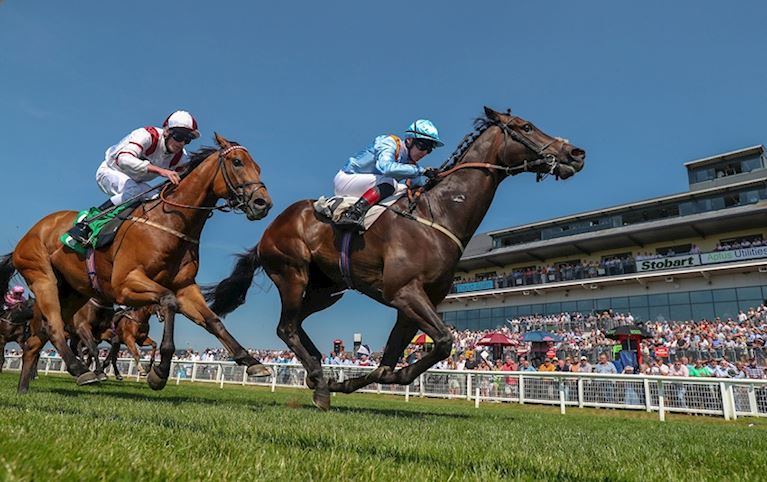 There’s a seven-race card from 6pm and trainer David O’Meara, winner of this year’s Carlisle Bell, will be looking to add to his famous victory.

He’s bringing four chances from North Yorkshire – two of them ridden by apprentice Connor McGovern, who took 6-1 shot Waarif to victory in the Bell on June 27.

McGovern, the first apprentice to win the historic race since 2012 when Willy Twiston-Davies triumphed on Levitate, will be reunited with three-year-old Montague, the only other winner in his fledgling English turf career.

Montague, goes in the evening’s fifth race, a 6f handicap, and his team will be looking to go one better than his previous best on turf and add to his four all-weather wins.

He’ll have company from stablemate Three Saints Bay, a winner at Pontefract back in April. David Nolan will be in the saddle and he’s been in fine form in recent weeks. He’s notched a 34% success rate, including wins for O’Meara at Musselburgh, Redcar and Hamilton.

McGovern also takes the ride on Jacbequick in the Racing UK Handicap over a mile. O’Meara’s evening starts with two-year-old Macho Lady in the 5f Median Auction Stakes.

Another big winner from the Bell and Plate meeting is also back for more. Richard Fahey saddled a one-two in the listed Eternal Stakes that day and has six entries this time.

Geoff Potts in the evening’s opener, the Apprentice handicap over almost 6f, is among the runners and was a runner last month at Carlisle.

Dianne Sayer’s Redarna also runs in the race with a decent Carlisle record coming home third on his last four runs at the Durdar track.

A trio of entrants have previous successes. Geoffrey Harker’s Extrasolar has six wins in 50, Bryan Smart’s Straightothepoint is a triple six-furlong winner and Mitchum for Ron Barr won over the same distance at Catterick last month.

Of Fahey’s other entries, Elijayeff, going in the Median Auction Stakes, was a runner-up at Ripon over a similar distance last month. David Nolan will be in the saddle again.

Another in-form jockey who’ll be in action is Hayley Turner. She’ll be on Godolphin’s Mokhles in the day’s final race, the Penrith Maiden Stakes over 1m 3f.

Turner has a recent success rate of 25%, including winners at Newmarket, Yarmouth, Salisbury and the 33-1 chance Room To improve at Newbury.

Molly Dingwall, Carlisle Racecourse’s General Manager, said: “The big days are coming thick and fast. We already had a great evening of racing and music lined up and now we’ve got the added bonus of opening up early so fans don’t miss out on England’s World Cup game which we’ll be showing on screens around the grounds.

”There’s always a special atmosphere for the combined evening of racing and live music and we’re very excited to be able to bring a top name like Paloma Faith to perform at Carlisle.”