The pedigree of the legendary Frankel is paired with Carlisle’s leading jockey in an intriguing match-up this week. 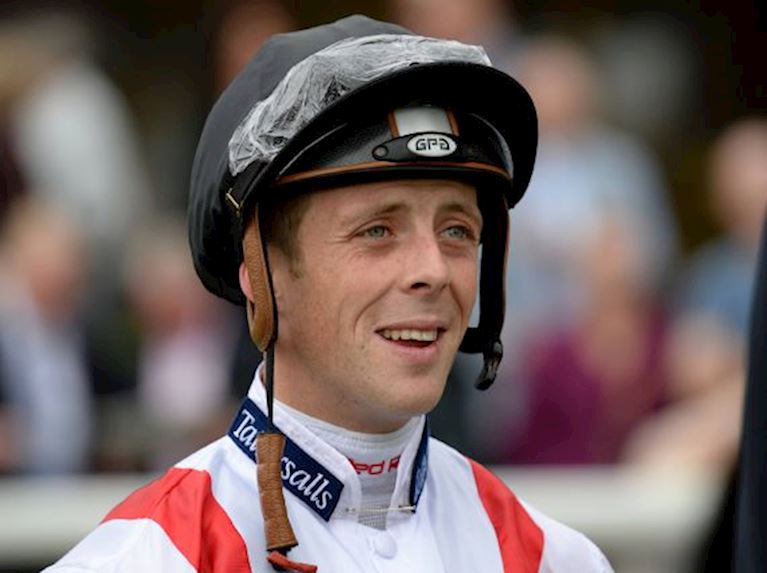 And Curtis will take the saddle of Collide, sired by one of racing’s greats in a novice stakes over 1m 1f. Frankel was an unbeaten 14-time winner in a blue-riband career and while Collide may have some way to go to live up to that record, the three-year-old got off the mark with a win at Hamilton in August.

Curtis, closing in on a hundred 2018 winners as declarations were made for Thursday’s seven-card meeting, took the ride when Collide was a nine lengths winner over an eight-strong field at the same distance.

The horse is trained by Hugo Palmer, who has enjoyed three winners from just four entries at Carlisle this year. Curtis and Palmer were a successful combination on Monday in a 7f maiden stakes at Newcastle.

Challengers are likely to come in the shape of Sir Michael Stoute’s Hareeq, a winner on debut in a Class 4 race at Pontefract last month. Paul Hanagan takes the ride.

And Roger Varian has Jamil ridden by David Egan going for the first time this year. He landed a first in 2017 at Salisbury over 7f.

Curtis has other strong claims among his five rides. March For Men runs for Tom Dascombe in the 5F Racing UK Nursery Handicap and will have backers.

Shorter priced entrants are likely to be Declan Carroll’s Tobeeornottobee, who won as favourite at Ayr over the same distance in August, and Hard Solution for David O’Meara, placed on his last two outings at Pontefract and Ayr.

And in the evening’s final race over 1m 3f, Curtis partners Brian Ellison’s Snookered, placed at Carlisle last time out and twice previously first when with Richard Fahey.

Ireland ‘s John Feane sends over Six Silver Lane from his stables alongside The Curragh. The 10-year-old boasts 14 careers wins, including one this year over similar distance at Dundalk. Adam Farragher again takes the ride.

Michael Appleby’s Reveleon, a handicap winner at Nottingham in August will also be favoured from the 14 runners.

Ventura Secret in the Racing UK Handicap is a horse with good history on the Durdar track.

While trained by Tim Easterby last year it was a winner over 8f in both July and September with Rachel Richardson on board. Now with Michael Dods, the four-year-old will have Paula Muir in the saddle.

He faces strong competition though with Curly Girl, a winner at Ayr over similar distance last month, another challenger for Feane. Forever A Lady for Keith Dalgleish triumphed at Thirsk over 7f earlier in the season and was a 12-1 victor in the same class and distance at Carlisle in May 2017.

Geoffrey Harker’s Extrasolar is a 10-time winner, including last time out at Catterick and also at Carlisle last season and will be a challenger in a 6f handicap. Tony Hamilton, first past the post four times at Carlisle this year, takes the Roger Fell ride on Fard, placed at this track last month.

Molly Dingwall, Carlisle Racecourse’s General Manager, said: “Racegoers can again look forward to some keenly-fought contests as we move onto our penultimate flat meeting of the season.

“With 89 horses declared there look to be some extremely competitive races with well supported fields throughout the card.”