The hugely impressive victory matched the feat of David’s father John who won the very same race – which dates back to 1599 and the reign of Queen Elizabeth I – on board Kirovski in 2000.

This was a first Carlisle Bell triumph for trainer Roger Fell who could not hide his delight as Rousayan crossed the line to wild scenes of celebration in the paddock.

The North Yorkshire-based trainer, who entered a trio of horses in the race, said: “We fired three bullets and one of them hit the target – we won, and I’m delighted.

“Lots of people have tried to win this historic race and not many do so this is really special. 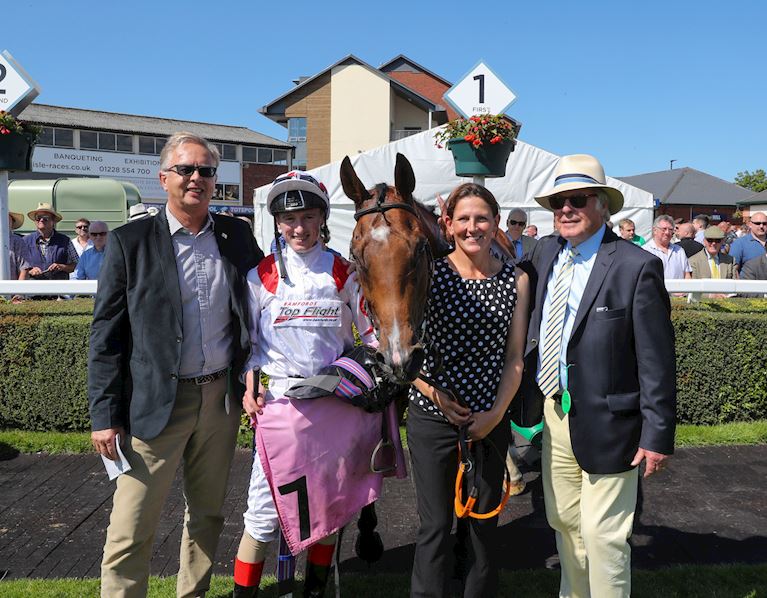 “Rousayan is such a quirky horse and I’m sure once he got out in front he was thinking, ‘blimey I better go on and win it!’ He did and I’m made up for him, the owners and David.”

The Carlisle Bell was not the only historic race on the day. The Michael-Easterby-trained Where’s Jeff, with Nathan Evans in the saddle, edged a blanket finish to win the Cumberland Plate by a neck from Groveman and PJ McDonald. 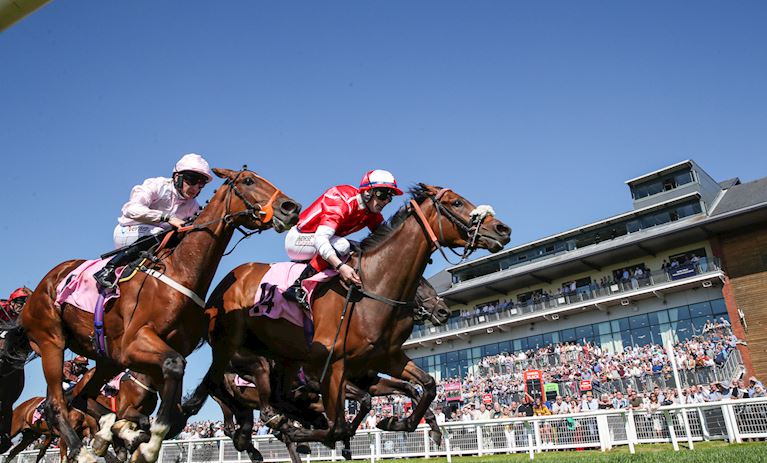 The day’s big money race – the £40,000 British Stallion Studs Eternal Stakes (Class One) – was impressively won by Tapisserie and jockey Paul Hanagan, himself a Carlisle Bell winner in 2017.

Three-year-old Tapisserie, trained by William Haggas, won by a length-and-a-quarter from Joseph O’Brien’s Cava in second and the heavily backed 15/8f favourite Viadera.

Elsewhere, there was joy for Cumbrian trainer Dianne Sayer as in-form Jackhammer won his third straight race at Carlisle. The five-year-old, with James Sullivan on board, stormed up the home straight to brilliantly claim the Carlisle Bell Consolation Race for Sayer’s Hackthorpe stables.

There were also wins for Ben Haslam-trained Auckland Lodge in the Maiden Auction Stakes, the John Quinn-saddled Keep Busy in the Novices Stakes and Keith Dalgleish’s Caustic Love who won the final race of the day.

Molly Dingwall, Carlisle Racecourse’s General Manager, said: “It has been a wonderful day and it was brilliant to see thousands of people here at our most historic race meeting.

“The brilliant weather was matched by some sensational flat racing.

“I could not be happier for Roger Fell, David Egan and Rousayan winning the Bell which is a race steeped in such history.

“I was also delighted for Dianne Sayer. She is based down the road in Penrith and is such an incredible supporter of the racecourse. It was great to see Jackhammer, who has become a real course specialist, win the Consolation Bell.

“We are back in action on Saturday July 6 when Sigala will be delivering a great after-racing concert and we cannot wait for that.”

Tickets for racing and Sigala are available – priced at £32 if booked in advance (£40 on the day) – from www.thejockeyclub.co.uk/carlisle or by calling 0344 579 3002. Gates open 4pm. First race 6pm and music begins after the last race.