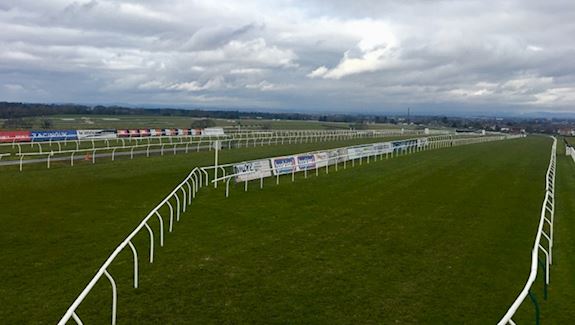 Course specialist Karl Burke will have high hopes of more success in the feature race of Carlisle’s Monday meeting.

The North Yorkshire-based trainer can boast an impressive 23% win rate at the track over the last five years, against an all-course average of 10%.

He added another two wins to his total at last week’s meeting. Classy Moon won on debut in a maiden stakes and was followed by Mount Arafat who took a novice stakes by a neck, one of several tight finishes enjoyed by the crowds.

Now Burke will have Praxidice among the favourites for the near 7f Fillies Handicap, the highlight of an eight-race afternoon card.

The three-year-old will be looking to improve on the fourth place in her season opener here at the end of May. She started her career with a win at the track last September when running clear.

Competition will likely be provided by Charles Hills’ Saikung, three runs, three places this year, and Arletta Star. Tim Easterby’s horse was second by a neck to Howzer Black in another close finish at Carlisle in May.

Burke has saddled three winners at Carlisle this season, the same mark as Dianne Sayer and Keith Dalgleish.

Sayer, based at Hackthorpe, near Penrith, has two runners at this meeting. Vita Vivet takes on a fillies’ novice stakes while Redarna, who has already led them home here this season, lines up in the Vanessa Graham Handicap.

The five-year-old has five wins from 17 after a 14-1, half-length win here in May over a 12-strong field. This time there’ll be plenty of course experience among the opposition.

Alistair Whillans’ Royal Shaheen won here last August but was well down the field in a May run. And Showboating, Fake News and Beverley Bullet have all been first past the post here previously.

Edgar Allan Poe for Rebecca Bastiman can point to more recent success with victory at the last meeting when taking the lead in the final furlong of nine.

Dalgleish’s Belstane Stables also enjoyed good fortune at last week’s meeting with Three Castles. This time they have no fewer than eight runners making the trip down from Carluke.

Among those creating interest will be Caustic Love in the Molson Coors Handicap. The three-year-old is returning after a 166-day break following two runner-up places at Newcastle.

The trainer to catch at Carlisle so far this flat season is Tim Easterby who, after a double last week, now has six wins from 22 runners.

As well as Arletta Star, he has Brutalab ridden by Rachel Richardson in the day’s final race, a 1m 3f handicap. The three-year-old was placed when 14-1 recently at Wetherby.

Carlisle Racecourse General Manager Molly Dingwall said: “At the last meeting we had four races settled by a neck or shorter and that kind of thrilling finish is what makes the sport so exciting.

“With 79 runners and riders declared across eight races on Monday we will once again have some top action out on the track.”

The next meeting will be the showpiece Carlisle Bell and Cumberland Plate Day on Wednesday June 26.