Many of this season’s in-form jockeys are heading to Carlisle on Thursday aiming to continue their red hot form.

Daniel Tudhope and Joe Fanning have more than 220 winners between them this season – placing them second and third respectively in the 2019 Flat Jockey Championship standings. 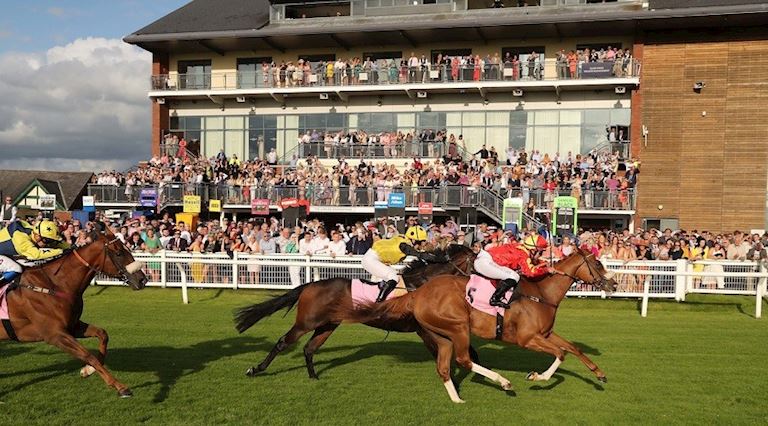 And both have runners at Carlisle Racecourse’s annual Carlisle Youth Zone Race Day – one of the course’s most popular summer meetings.

All races are sponsored by local companies with proceeds going to Carlisle Youth Zone which provides essential support and fun activities for young people across the city.

Tudhope, who is second only to the all-conquering season-leader Oisin Murphy with 124 season winners to date, can count the David O’Meara-saddled Mischief Star and Rebecca Bastiman’s Ghalib among his chances at Carlisle.

Two-year-old Mischief Star goes in the NXT Recruitment Nursery Race over six furlongs after winning last time out at Catterick, while hopes are high Ghalib can recapture his form in the Baines Wilson LLP Handicap over seven furlongs. The seven-year-old’s last win came at Hamilton back in June.

Fanning, who has five winners at Carlisle this summer, has two runners in the shape of the untested King Fan for Mark Johnston in the Carrs Group PLC British EBF Novice Stakes and the Keith Dalgleish-saddled Zoravan in the Baines Wilson LLP Handicap.

While it is fair to say Oisin Murphy has plenty of breathing space in the race to be crowned 2019’s top flat jockey, the same could not be said at Carlisle where the contest to be the course’s top jockey is a much tighter affair.

Ben Curtis has claimed the accolade many times in recent years but this season he has had to watch as Paul Mulrennan and Shane Gray have dominated.

Mulrennan has nine winners to his name, while Gray has eight. Both, again, have numerous runners at Carlisle’s penultimate flat meeting of the season.

The pick of Mulrennan’s four rides is undoubtedly Gale Force Maya. The Michael Dods’ three-year-old filly is something of a course specialist and goes for her third straight win here after recent victories at Ladies Night, with Paula Muir in the saddle, and again back on July 11. Both races were over five furlongs.

Mulrennan’s other rides include Mutabel, who won at Beverley in July and was second last time out at Carlisle, and Iain Jardine’s veteran gelding Newmarket Warrior whose last win came a year ago at Ayr.

The five-year-old romped home at 9/2 in his last outing at Carlisle, back in June, and will be fancied again, as will Dawn Breaking who, together with jockey Phil Dennis, is going for a third successive win after triumphs at Carlisle and Pontefract in the last few weeks.

Another horse in great form is the Wilf Storey-saddled Tarnhelm. The four-year-old is going for a Carlisle hat-trick on Thursday after winning two of his three outings here this season – all with Rhona Pinder in the saddle.

Molly Dingwall, Carlisle Racecourse’s General Manager, said: “Our Carlisle Youth Zone Race Day is always a brilliant afternoon both on and off the track.

“It is a wonderful partnership which sees local companies sponsor races and help raise funds for a brilliant cause which assists local youngsters in such a positive way.

“On the track, we really are at the business end of the season. It will be great to see so many of our leading jockeys here again together with several horses ho have posted multiple wins here this summer. It all makes for another wonderful afternoon.”

Gates open on Thursday at 11.40am. The first race is 1.40pm and the last race is at 5.15pm. For more information and tickets – and remember all Under-18s get in absolutely free when accompanied by a paying adult – go to thejockeyclub.co.uk/carlisle