A quartet of leading chasers will line up in Carlisle Racecourse’s most prestigious jumps race of the year. 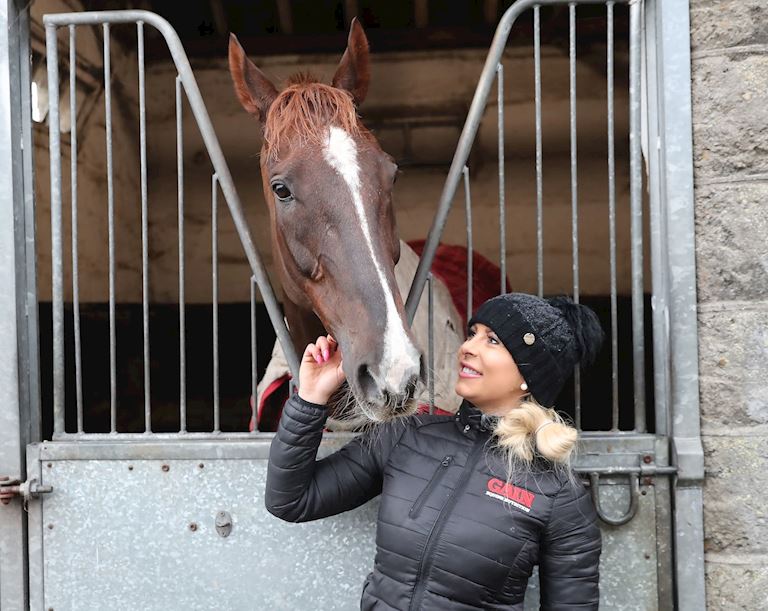 Gold Cup hopeful Lostintranslation – who is one of the nation’s most talked about horses right now – is widely expected to set off as favourite in this Sunday’s Colin Parker Memorial Intermediate Chase.

The Greystoke-based trainer knows what it takes to win this Class One-ranked race after saddling the legendary Monet’s Garden to victory in 2006.

My Old Gold has won three of her last seven races, including a three-miler at Carlisle 18 months ago. She won by four-lengths in her last outing over three miles at Perth.

Richards said: "She’s looking fine and we’re looking forward to Sunday. All four (entries) are strong horses so it should be a good race.

“It’s a great way to start the season and, depending how she goes on Sunday, we are looking at another listed race at Carlisle in December.

"We won the Colin Parker back in 2006 with Monet's Garden, the greatest horse we’ve ever had, so (the race) means a lot."

The Colin Parker Memorial Intermediate Chase holds special personal significance for Richards. The race is named after the late Scottish trainer who was a former head lad for Richards’ father – the great Gordon W Richards, who has a race named in his honour at Carlisle on Sunday.

Lostintranslation, who is as short as 8/1 in the reckoning for the Magners Cheltenham Gold Cup, is in brilliant form. He enjoyed an excellent novice campaign last season which was rounded off by victory in the Mildmay Novices’ Chase at Aintree in April.

Jockey Robbie Power described Sunday’s test as “a great starting point" for what many believe will be an illustrious season ahead, while trainer Tizzard said the race “ticks all the boxes for his first run (of the season) and really looking forward to it."

Kildisart is well equipped to deal with big race crowds after winning at both Cheltenham, in the Timeform Novices Handicap in March, and at Aintree in the Betway Handicap in April.

The last time the seven-year-old raced at Carlisle was back in November 2017 when beaten by two lengths by Count Meribel. The two go head-to-head again on Sunday.

Saddled by Carlisle’s reigning champion trainer, seven-year-old Count Meribel last won a year ago when he followed up another win at Carlisle with a triumph over 2m 4f at Cheltenham.

One horse who had been considered for the Colin Parker, but now runs in the Jim Williamson Memorial Handicap Hurdle, is Blow By Blow.

Seven months ago this highly-regarded eight-year-old was running in the Grand National alongside former Gordon Elliott stablemate Tiger Roll. Now trained by Stef Keniry in North Yorkshire, this strapping chaser is on the comeback trail.

Keniry, who saddled Old Salt to a place at Carlisle last week, said: “Blow By Blow is a horse with bags of ability. He’s won at Cheltenham and run in the National so there is no doubting he has what it takes.

“He’s pulled up 3 times and finished last in his last four races and perhaps his confidence has been knocked. We want to ease him back in over the hurdles and so we’ve gone for this rather than the Colin Parker.

“He is top weight (for the race) but he’s a strapping lad. The last pieces of work we’ve done with him have been really good so we’re hopeful he can return to the kind of form we know he’s a capable of.”

Gates open on Sunday at 10.45pm. The first race goes off at 12.45pm and the last race is at 4.15pm. For more information and tickets go to thejockeyclub.co.uk/carlisle. Under 18s get in free when accompanied by a paying adult.