There are plenty of intriguing match-ups and close contests in prospect at Carlisle Racecourse’s Remembrance Day race meeting.

Monday’s headline race is undoubtedly the Weatherbys Hamilton Graduation Chase, which will bank the winning owner a cool £31,280 prize.

And expect this to be one of the most keenly contested races of the day with a field packed with horses who not only know how to win, but how do so on the big stage.

Top weight is the JP McManus-owned Hell’s Kitchen who has three wins from 10 races. The Harry Fry-trained eight-year-old was a credible fourth both in The Queen Mother Champion Chase at Cheltenham in March and the JLT Chase at Aintree during the Grand National festival.

Expect Hell’s Kitchen to be pushed all the way by the likes of Nuts Well, Ann Hamilton’s eight-year-old won this 1m 7f Class Two race two years ago although has been inconsistent of late, and the promising Djingle who arrives off the back of two impressive wins in Ireland in September.

Seamus Mullins saddles Chesterfield, who was third in this race 12 months ago. The much-travelled nine-year-old has nine wins from 27 races, including a Handicap Hurdle at Aintree two years ago. 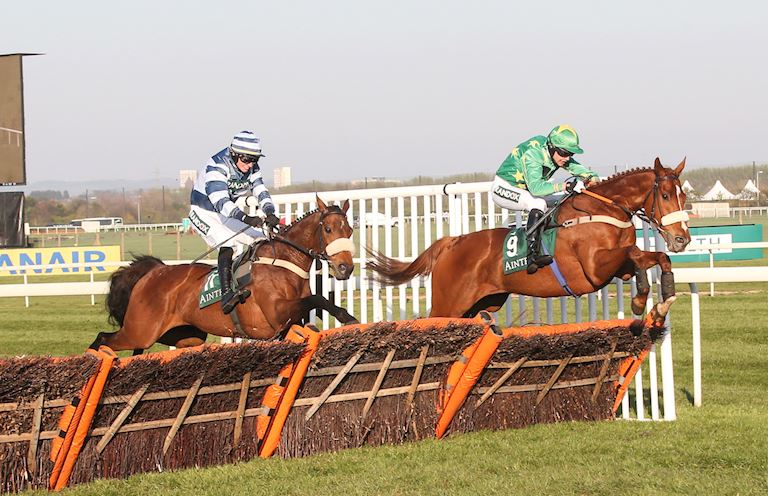 Chesterfield is partnered by Brian Hughes who is currently Carlisle’s leading jockey this season with four wins from 18 rides.

Hughes has six rides on Monday including three horses trained by Donald McCain – Gaelik Coast, Henry’s Joy and Yorvik. He will also be on board Lily’s Gem who won at  Carlisle back in April 2018 and Windsor Avenue, Brian Ellison’s highly-rated seven-year-old who won last time out at Sedgefield.

Windsor Avenue has five wins to his name including a victory at Carlisle in February 2018 in a National Hunt flat race.

Two local trainers hoping to continue their decent run of form will be Nicky Richards and Maurice Barnes.

Greystoke-based Richards, who saw Glenduff win at Carlisle a week ago in the Join Racing TV Now Novices' Hurdle, has Amberose entered in Every Race Live On Racing TV Mares' Handicap Hurdle. The six-year-old's only win to date came at Carlisle over two miles in March.

Amberose will come up against Barnes' entry Lady Samback who can boast wins at both Perth and Carlisle this year. Barnes tasted victory at Carlisle’s Colin Parker Chase meeting a week ago when Bafana Blue won the Cumberland Handicap Chase.

Not only will there be brilliant racing on the day, but a number of very special guests. As the meeting is on Armistice Day, and as a special thank you to members of the Armed Forces, all veterans and serving personnel will receive free entry.

The offer is also extended to members of the Royal British Legion who do so much to help provide support to serving and ex-serving personnel and their families.

“The Graduation Chase always creates plenty of interest and, as ever, it will be fascinating to see what the horses who do well in this challenging race do next. In the past many have gone on to success on the biggest stages in jumps racing.

“There is also plenty of local interest throughout the card with many Cumbrian-trained horses.

“Of course, Monday is Remembrance Day, when we remember those who have given so much for our country. We wanted to do something to say a very special thank you.

“Many serving personnel and veterans will be attending Armistice Day events around Cumbria in the morning and we would be delighted if they are able to join us afterwards for an afternoon at the races on us.”

To receive free Armed Forces entry, guests simply need to bring a form of military or veteran photo identification along with them. Accepted forms of military ID include: