We have worked around the clock in the last 48 hours to ensure today’s Winter Warmer fixture goes ahead.

We were quick on the draw when they abandoned racing on the chase track on Friday with the surface waterlogged. Storms have decimated the British racing calendar over the past week but unless the weather deteriorates dramatically racing will go ahead. 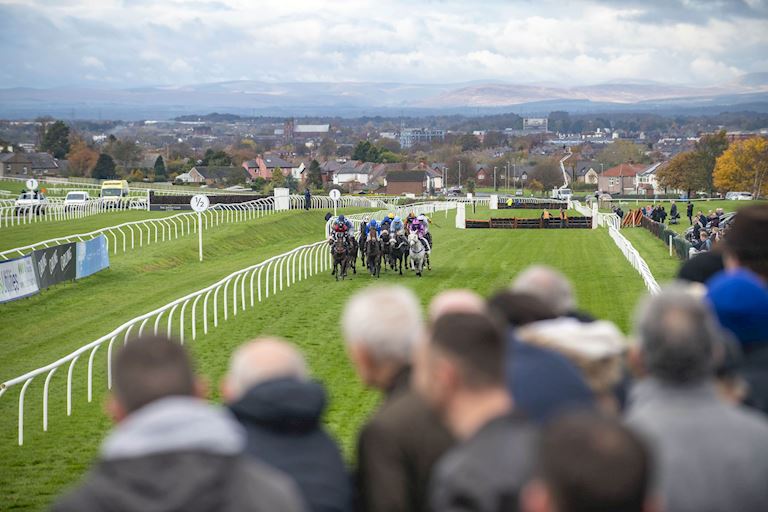 General manager of Carlisle Racecourse Molly Dingwall said: “The chase track was very wet, so we decided to stay ahead of the game and make an early decision not to run any chase races.

“Luckily, we’ve got the option of a superb hurdles course, and that doesn’t get as much use.

“We are looking okay to race and there’s no inspection planned.”

Today’s opening race is at 2.15, the first of a competitive six race card.

“With so much racing lost to the weather last week we had a high number of entries,” added Dingwall.

“Trainers want to run their horses and they haven’t been able to do that much recently.”

Borders trainer James Ewart is bang in form and he will be looking to build on his excellent run with Sao Maxence in the first race of the day.

Sao Maxence has only three career runs to his name, all at Ayr, but was a promising second on his hurdling debut behind Olly Murphy’s Endlessly at the Western course in January.

And with title chasing jockey Brian Hughes on board he could take some stopping.

Ewart had plenty to celebrate on his last visit to Carlisle when Aristo Du Plessis made all to win the Newbiggin Handicap Hurdle, his tenth win in Britain for the yard.

Murphy is also reeling in the winners, and Fearless could deliver a bold bid and is certainly open to improvement over the two miles and one-furlong test.

Donald McCain, who enjoyed success with Goobinator at Carlisle’s previous meeting, could make the long trip from Cheshire pay off again with O’Hanrahan Bridge in the Racingtv.com Novices’ Hurdle (2.45)

O’Hanrahan Bridge, who joined McCain from Rebecca Curtis, has been runner-up in all three starts over hurdles for McCain and will be looking to get his head in front with Hughes in the saddle.

The feature race of the day at 3.55 – Like Racing TV on Facebook Handicap Hurdle – was won last year by Teescompents Lad, and he is back to defend his title against four other opponents including Nicky Richards’ Serious Ego.

Cleveland handler Gillian Boanas has her stable star in splendid form and was back to winning ways at Catterick 17 days ago.