While Betfair Chase legend Cue Card is enjoying a much-deserved retirement, another star has taken his place in the stable he once occupied. 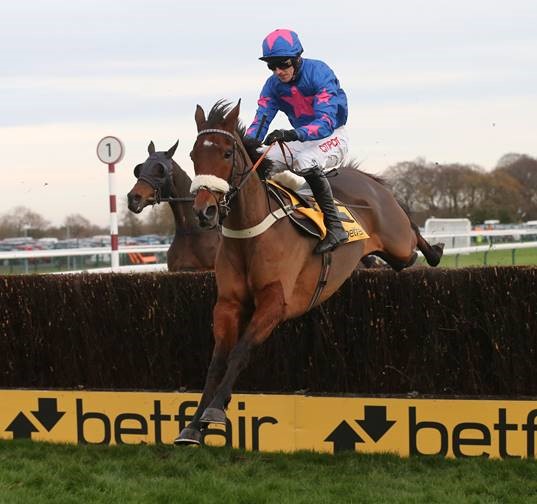 And now trainer Colin Tizzard is dreaming of fresh Haydock glory with his latest prospect, the highly rated seven-year-old Lostintranslation.

“When we had Cue Card, I never thought we’d have one as quick as him – I’m so excited about Lostintranslation,” said Dorset handler Tizzard.

“There’s only one chance to go for an intermediate race, the rest of the time he’ll be taking on the best,” added Tizzard.

“He can go up to Carlisle, over 2 miles 4 furlongs, which he has been good at, then we will go to the Betfair Chase.”

Lostintranslation finished last of six in his only other appearance at Haydock Park two years ago - but Tizzard knows his latest challenger is a different prospect now.

“He’s a gorgeous horse and we’re looking forward to seeing how far he can progress this season.

“He had top class form last term, winning the Mildmay at Aintree in April, and our target is to get him to the Cheltenham Gold Cup.”

His trainer Nigel Twiston-Davies said: “He’s going straight to Haydock. Everything is okay with him.”

The nine-year-old boasts an outstanding record at the course, having also won the Peter Marsh Chase in 2017 and the Altcar Novices Chase (2016).