Vintage Clouds is set to run in the £100,000 Unibet Grand National Trial

Hemmings’ Vintage Clouds is set to run in the £100,000 Unibet Grand National Trial at Haydock Park Racecourse on Saturday (3.15). 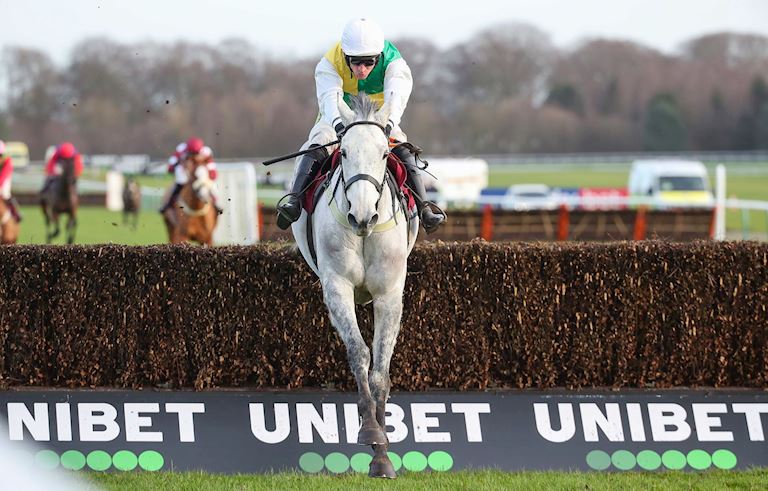 And victory for Vintage Clouds in the three miles four and a half furlongs test would keep Hemmings’ dream of a fourth Grand National win burning bright.

Vintage Clouds, a first fence faller in last year’s Randox Health Grand National, looked as good as ever on his latest start, when defeating Definitly Red and Geronimo in the Grade Two Peter Marsh Handicap Chase at Haydock Park Racecourse a month ago.

“Vintage Clouds is entered for the Unibet Grand National Trial at Haydock Park and that is the plan at the moment,” said Yorkshire trainer Sue Smith.

Hemmings and Smith combined to win the Unibet Grand National Trial in 2000 with Last Fling and Smith added: “Vintage Clouds has been fine since the Peter Marsh.

“It was a lovely performance and we were delighted with the manner in which he jumped – it was great to see him put it all together.

“The Grand National is now back on the agenda.

“We just have to decide between now and then whether he also takes in the Ultima Handicap at next month’s Cheltenham Festival.”

The Randox Health Grand National weights were revealed yesterday, and Hemmings could also have Lake View Lad (Nick Alexander) and Warriors Tale (Paul Nicholls) to aim over the Grand National fences in April.

Hemmings has won the Randox Health Grand National three wins with Hedgehunter (2005), Ballabriggs (2011) and Many Clouds (2015)

Meantime, the novice Truckers Lodge, one of two possible contenders for champion trainer Paul Nicholls, will be sure to one of the favourites if he runs in Saturday’s trial following a creditable second in the Welsh Grand National at Chepstow.

Nicholls landed the Unibet Grand National Trial at Haydock Park in 2003 with Shotgun Willy and he has also entered Yala Enki, who captured the race two years ago when trained by Venetia Williams.

Yala Enki registered his first success for Nicholls in the Portman Cup at Taunton last month.

With the ground likely to be heavy that would suit Lord du Mensil who captured the Betway Tommy Whittle Chase and the Last Fling Handicap Chase on similar ground at Haydock Park in December.

His trainer Richard Hobson said: “Lord du Mensil has been working well and provided the ground is soft to heavy, he will take his chance in the Grand National Trial.”