THE NEW ONE REMEMBERED AT HAYDOCK PARK

THE NEW ONE REMEMBERED AT HAYDOCK PARK

Monday 17 December 2018 – Haydock Park Racecourse announces today that the Unibet sponsored Grade Two Champion Hurdle Trial staged over one mile and seven and a half furlongs on Saturday, January 19, 2019, is being renamed the ‘The New One Unibet Hurdle’ registered as The Champion Hurdle Trial in memory of the recently retired hurdler. 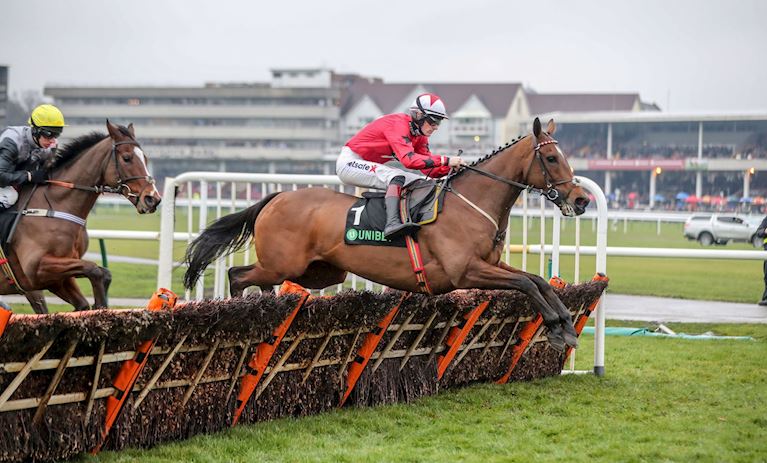 Trained by Nigel Twiston-Davies the 10-year-old has had an illustrious career winning a total of twenty races including two Grade One Hurdles at the Grand National and Cheltenham Festivals and earning over £1million in prize money.

The New One under the reins of Sam Twiston-Davies has won five times at Haydock Park Racecourse and most impressively held the record for the Unibet Champion Hurdle Trial for four consecutive seasons.

Trainer, Nigel Twiston-Davies said: “The New One was unbeaten five times he ran at Haydock so we love the racecourse and hoping to find another one to take his place!”

“We’re excited to bring him up to parade on the day and a shame he won’t be running in the race.”

The Grade Two The New One Unibet Hurdle (registered as The Champion Hurdle Trial) will take place on Peter Marsh Chase Day on Saturday, January 19, open to four years and older with a total prize money of £75,000.

Ed Nicholson, Head of Kindred (Unibet & 32Red) Racing Sponsorship and Communications, said: “The New One has always been an old favourite with us at Kindred, he ran so often in our sponsored events; 16 of his last 29 racecourse appearances were in races sponsored by us, seven of which he won, starting way back in December 2013”.

“We become rather used to presenting trophies and writing cheques to his connections in recent years. Four Champion Hurdle Trial races at Haydock, three International hurdle victories at Cheltenham, as well as placed efforts in Unibet sponsored Christmas & Greatwood hurdles, as well as a Champion hurdle”

“He even ran his last race in this year’s Unibet sponsored International hurdle at the weekend.

“So we are delighted to work with the Haydock Park Racecourse in renaming the race he won for the last four seasons as the ‘The New One Unibet Hurdle’.”

On Saturday 19 January, 2019, The New One will parade in front of the Grandstand and in the Parade Ring before the race to celebrate and remember his heroic career.

Regional Director for Jockey Club Racecourses North West said: “We are delighted and honoured to re-name Haydock Park’s Grade Two Hurdle in honour of the talented hurdler The New One.

“We’re excited to see him parade at the Peter Marsh Chase Day in the New Year and he will certainly get a warm round of applause from our racegoers.

“I’d like to extend our gratitude to the Twiston-Davies team for allowing us to name the race and celebrate his triumph career with the racecourse and our sponsors Unibet.”

For tickets and hospitality for Peter Marsh Chase Day on Saturday 19 January 2019, please head to the website haydock.thejockeyclub.co.uk.