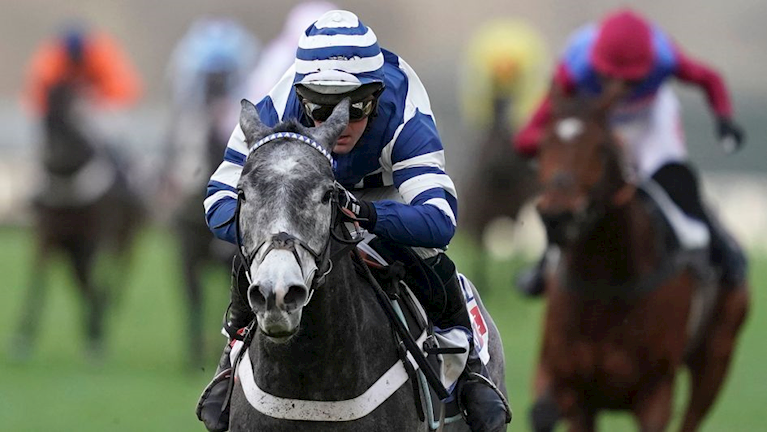 The two-mile contest is the fourth of seven races in Sky Bet’s “Road To Cheltenham” which culminates with the G1 Sky Bet Supreme Novices' Hurdle at the Cheltenham Festival in March. Cinders And Ashes captured both races in 2012.

Having won his sole point-to-point impressively last spring, Angels Breath (Nicky Henderson, 8/11 fav with Sky Bet) made a striking impression on his Rules debut when defeating Danny Kirwan by four and a half lengths in the G2 Sky Bet Supreme Trial Novices' Hurdle at Ascot on December 21. That performance propelled him to the top of G1 the Sky Bet Supreme Novices’ Hurdle betting, for which he is 5/1 with Sky Bet.

Trainer Nicky Henderson has sent out three winners of the Sky Bet Supreme Trial Rossington Main Novices’ Hurdle, the most recent being Amaretto Rose in 2007. The Lambourn handler has also entered Mister Fisher (11/2) who looked the part when taking a hotly-contested novices’ hurdle at Kempton Park on Boxing Day.

Bright Forecast (Ben Pauling, 5/1) is unbeaten in two starts hurdles. The point-to-point graduate followed up a 20/1 success at Newbury on November 30 with a commanding three and three quarter length victory under a penalty at Leicester on December 28, both over two miles.

Pauling today said of the five-year-old, who races in the Grand National-winning colours of The Aldaniti Partnership: “Bright Forecast came out of Leicester well.

“He is a very nice horse and won well at Leicester under a penalty. I was delighted with the way he went about his job.

“He stays very well and enjoyed himself from the front at Leicester, having previously stayed on to score at Newbury.

“I think we will stick at two miles for the moment and the Sky Bet Supreme Trial Rossington Main Novices’ Hurdle is a race we could go for.”

Thistle Do Nicely (Jamie Snowden, 16/1) is also a dual winner over hurdles, scoring at Wincanton and Wetherby, prior to finishing fourth behind Angels Breath at Ascot.

Thomas Darby (Olly Murphy, 4/1) looked a good prospect when successful at Cheltenham in October and has since run well in two competitive novices’ hurdles, most recently when third behind Mister Fisher at Kempton Park.

Those with less experience include Esprit Du Large (Evan Williams, 12/1), an 11-length winner on his hurdling debut at Uttoxeter last month, and Russian Hawk (Colin Tizzard, 20/1), who could drop back in trip having triumphed over two miles and five furlongs at Exeter on November 14.

“His stable companion Mister Fisher and several other entries bring strong-looking form to the race as well and we appear set for what should be a very informative renewal of the Sky Bet Supreme Trial Rossington Main Novices' Hurdle.”