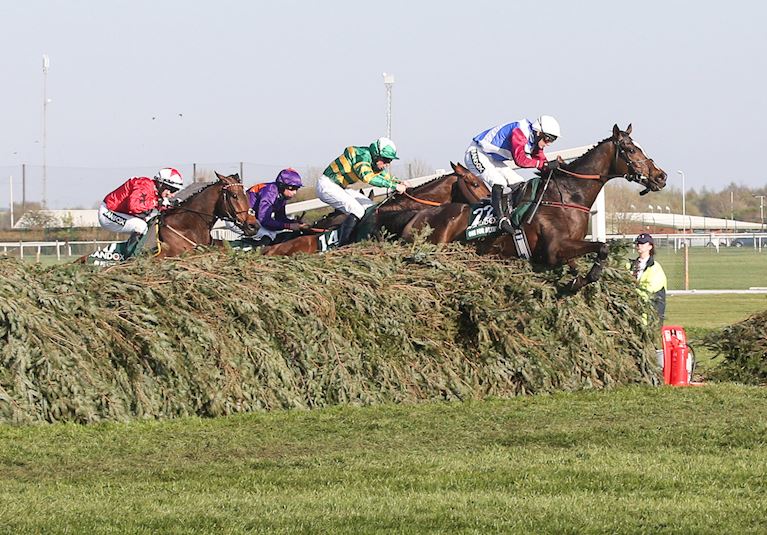 The extended three-mile, one-furlong contest has gone the way of top-class chasers Our Vic (2010) and Bristol De Mai (2017) in recent years, with the latter subsequently gaining back-to-back renewals of the G1 Betfair Chase at Haydock Park.

Injury has restricted One For Arthur (Lucinda Russell/Derek Fox, 11st 4lb), owned by the Two Golf Widows, to just one start since his famous Aintree triumph in April, 2017.

On his comeback, the 10-year-old Scottish-trained chaser got no further than the third fence when unseating Tom Scudamore in the G2 Betway Many Clouds Chase over the Mildmay Course at Aintree on December 8.

The 10-year-old, who finished sixth in the G1 Grand Steeple-Chase de Paris in May, was purchased by leading owners Simon Munir and Isaac Souede with the 2019 Randox Health Grand National (Aintree, Saturday, April 6) in mind.

"He was at the bottom of the handicap at Ascot and will now have to carry top-weight in the Peter Marsh Chase.

"He was a horse we were looking at the Grand National with. He was well handicapped, but we threw him in first time out at Ascot and he has gone up 12lb!

"He had not won a race for over two years in France before he won at Ascot."

Our Vic's trainer David Pipe is represented by Daklondike (Tom Scudamore, 10st 9lb), who has won on three of his last five starts.

The seven-year-old rallied to beat Ballyarthur (Nigel Twiston-Davies/Jamie Bargary, 10st 4lb) by a length in the Smarkets Tommy Whittle Handicap Chase at Haydock Park on December 22, his most recent outing.

Pipe, whose stables are on the Devon/Somerset border, said: "Daklondike runs in the Peter Marsh Chase.

"He disappointed at Cheltenham in November [when pulled up in a G3 handicap chase in November], but battled well last time to beat Ballyarthur close home. The visor that day helped him as did the soft ground.

"He prefers soft to heavy ground and hopefully they have had some rain at Haydock as staying chases in that type of ground will suit him on Saturday and during the rest of the season."

Captain Redbeard (Stuart Coltherd/Sam Coltherd (5), 10st 8lb) has never finished outside of the first three in five attempts at Haydock Park, including when second behind The Dutchman in last year's Peter Marsh Handicap Chase.

He has not raced since capturing a G3 handicap chase at Cheltenham in December, 2017, on what was just his 11th career start.

Ballydine (Charlie Longsdon/James Bowen, 10st 4lb) is another with not many miles on the clock and the nine-year-old was last seen out when going down narrowly in the Mandarin Handicap Chase at Newbury on December 29. He will wear a tongue tie and cheekpieces for the first time on Saturday.

Wakanda (Sue Smith/Danny Cook, 10st 10lb), a G2-winning novice at Haydock Park in 2015, has since landed four Listed handicap chases, the most recent being the Sky Bet Chase at Doncaster nearly a year ago.

Haydock Park's seven-race programme also features £75,000 The New One Unibet Hurdle (2.40pm) over two miles, a recognised trial for the £450,000 Unibet Champion Hurdle at the Cheltenham Festival in March.

The 10 entries are led by Brain Power (Nicky Henderson) and Silver Streak (Evan Williams), who finished first and second in the G2 Unibet International Hurdle at Cheltenham in December. Although Brain Power had a length and three quarters in hand on that occasion, Silver Streak enjoys a 4lb swing in the weights this weekend. 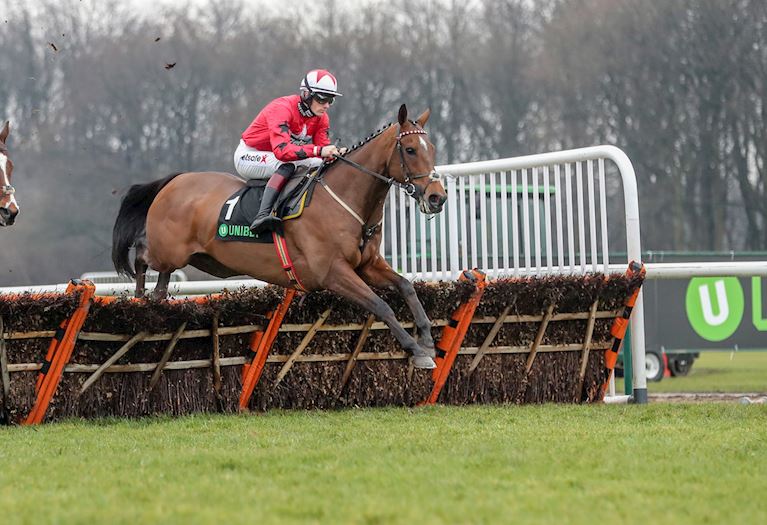 The New One in action at Haydock Park

Henderson has indicated that Mister Fisher is likely to be the Seven Barrows representative following his impressive success in a two-mile novices' hurdle at Kempton Park on Boxing Day.

Other potentially high-class entpries include Bright Forecast (Ben Pauling), who is unbeaten over hurdles after wins at Newbury and Leicester, and the highly-regarded Thomas Darby (Olly Murphy), who defeated G1 Tolworth Hurdle victor Elixir De Nutz in a maiden hurdle at Cheltenham in October.

Le Breuil (Ben Pauling) has also tried his hand in graded company, finishing third behind Santini in the G2 John Francome Novices' Chase at Newbury on December 1, while stablemate Kildisart was the narrow winner of a valuable graduation chase at Ascot on December 22.

The going at Haydock Park is currently Good to Soft, Soft in places.