One For Arthur has got his old sparkle back

Lucinda Russell says that 2017 Randox Health Grand National champion One For Arthur has got his old sparkle back ahead of Saturday's Peter Marsh Chase at Haydock Park. 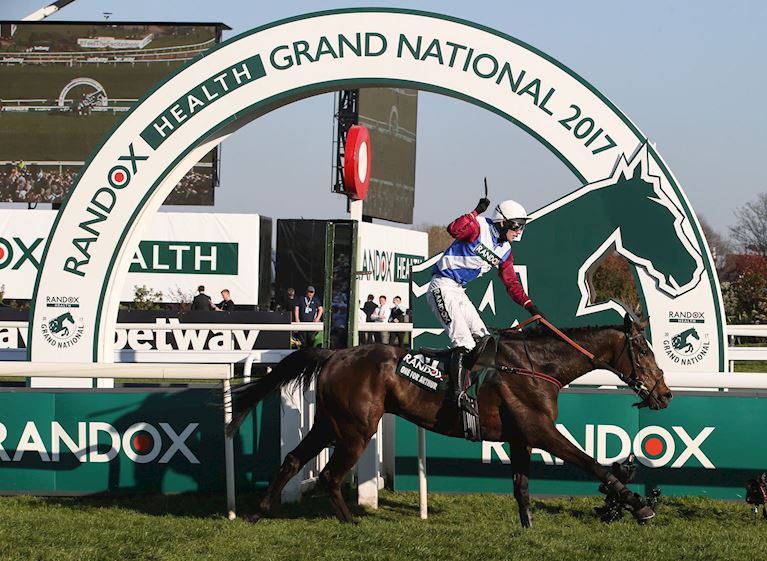 “He’s full of himself again, and I could see that special gleam in his eye the other day, he’s ready again,” said Scots trainer Russell.

“His personality changed when he won the Grand National and he enjoyed the superstar bit.

“He loved the attention, the TV coverage and all the fuss around him.

“He’s a clever horse and understands very well what is going on and knows that it is time to go back to work now.”

This year’s Grand National is One For Arthur’s only target, and a tilt at a second title.

“I’m just praying for a bit of rain for him in Lancashire, and if he gets that then we’ll be happy,” added Russell.

“One For Arthur enjoys Haydock Park, the track suits him, and he’s won there.”

“When One For Arthur crossed the finishing line at Aintree then everything changed in a way I couldn’t imagine,” she said.

“That honour was such an incredible thing, made me so proud.

“I got it (OBE) from the Queen and she really knows her racing.

“She asked about the horses and I said I was waiting for soft ground to run some of them and the Queen said that I’d be glad to hear that she’s just come back from Scotland and that it was raining heavily.

“This is all I wanted to do since I was a little girl, so to have trained a Grand National winner is something very special indeed.”

One For Arthur has only raced once – at Aintree last month – since his Grand National triumph 21 months ago.

But his long-awaited comeback following a serious tendon injury ended in disappointment when he unseated jockey Tom Scudamore.

“He was just a bit overenthusiastic,” said Russell.

“He jumped the first two so well, he just stood off a little bit and that was the end of his race.

“But I never doubted that he would come back.

“He was a warrior before the 2017 Grand National, then he became a model and loved it for a while and he’s back to being a warrior again.

“He’s still a very special horse, but with a bit of luck then this Saturday at Haydock Park will be the start of another exciting chapter.”