Thursday, May 23, 2019 - Last year's winner Battaash heads a superb field of six for the £100,000 G2 Armstrong Aggregates Temple Stakes (4.00pm), staged over five furlongs and the highlight of a terrific seven-race programme at Haydock Park on Bank Holiday Saturday, May 25.

Owned by Hamdan Al Maktoum, five-year-old Battaash enjoyed a fantastic 2017 when his four victories were headlined by a stunning four-length success in the G1 Prix de l'Abbaye at Chantilly, France. The Charlie Hills-trained son of Dark Angel ended 2017 as the highest-rated five-furlong performer anywhere in the world in the LONGINES World's Best Racehorse Rankings.

The 123-rated Battaash began 2018 with success in the Armstrong Aggregates Temple Stakes, in which he recovered from a slow start to defeat Washington DC by a head. His other win in 2018 came when he recorded a second successive G2 King George Stakes victory at Glorious Goodwood. Battaash has won on seven of his 15 starts, all of which have come over the minimum distance of five furlongs.

He is drawn in stall six of the six runners on Saturday, when regular rider Jim Crowley will be in the saddle, and has had wind surgery since he last ran.

Lambourn-based Hills commented: "Battaash is in good form and we are really looking forward to seeing him return to the track on Saturday.

"I am very happy with him and Jim Crowley, who came to ride him for a piece of work recently, was also delighted.

"Saturday's race looks competitive and he is up against some talented rivals such as Kachy and Mabs Cross.

"Battaash was maybe not as his absolute best last year and I was never really 100% happy with him. However, he still won a couple of races and hopefully we have another good year with him.

"This year, he is gleaming and has been a lot easier to train." 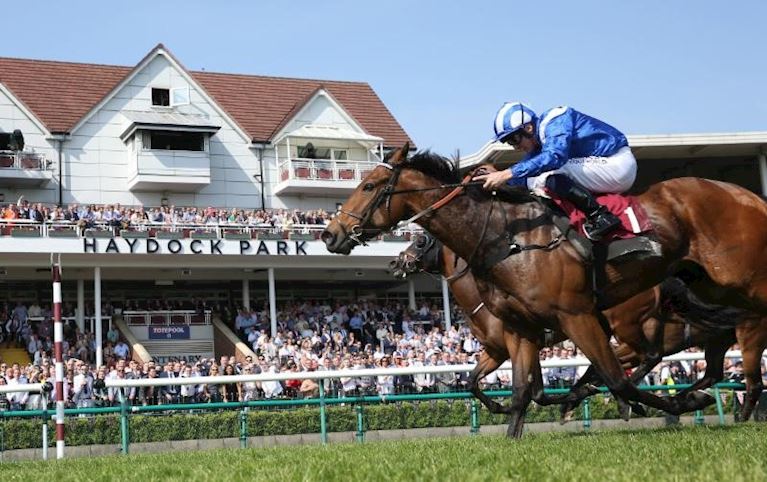 There are two other G1 winners among the field, including Mabs Cross (drawn two), trained by Michael Dods in County Durham and ridden by Paul Mulrennan. She races in the colours of Chorley-based David and Emma Armstrong, directors of Armstrong Aggregates, who also bred her.

The outstandingly tough and consistent five-year-old mare finished fourth behind Battaash 12 months' ago before posting good placed efforts at Royal Ascot in the G1 King's Stand Stakes and at York in the G1 Nunthorpe Stakes, beaten a nose.

She ended 2018 with her greatest success when taking the G1 Prix de l'Abbaye at Longchamp, France, in October, with Battaash fourth.

Mabs Cross looked better than ever when winning the G3 Palace House Stakes at Newmarket for the second year in succession on her seasonal reappearance on May 4.

Following her G1 success in France, Mabs Cross is the only runner on Saturday to carry a penalty. Her 5lb penalty applies as her G1 success came after August 31. 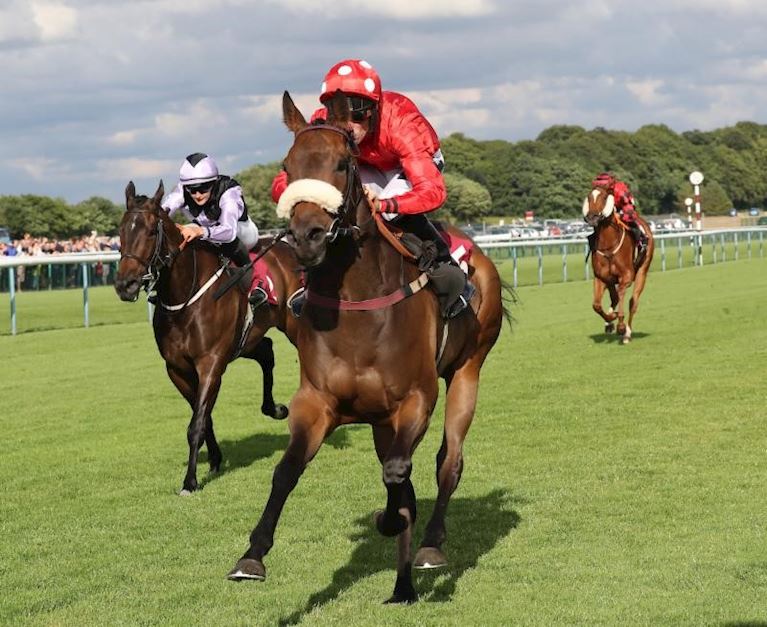 The third G1 winner lining up on Saturday is Alpha Delphini (drawn five), who is trained in Yorkshire by Bryan Smart.

The eight-year-old caused a 40/1 shock when getting the better of Mabs Cross by a nose in last year's G1 Nunthorpe Stakes at York before coming home 11th to that rival in the G1 Prix de l'Abbaye.

The Graham Lee-ridden Alpha Delphini contested the 2017 Armstrong Aggregates Temple Stakes, when he was beaten under a length by Priceless to take third after not enjoying a clear run. 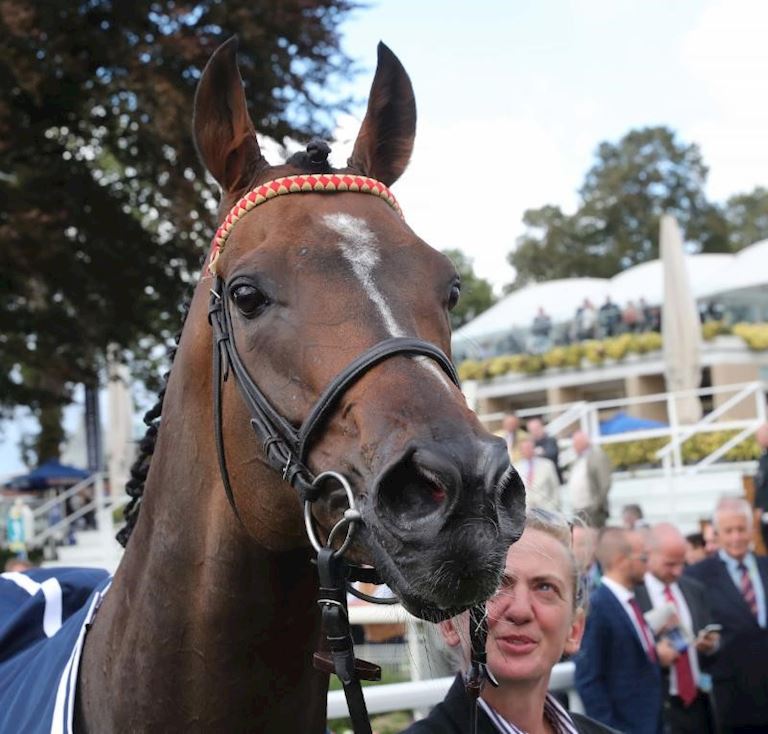 The six-year-old, owned by Galloways Bakery supremo David Lowe, was in superb form on the All-Weather over the winter, when he was unbeaten in three starts at six furlongs and broke the six-furlong track records at both Wolverhampton and Lingfield Park.

He was last seen out when making all the running for a very impressive victory in the valuable All-Weather Sprint Championship at Lingfield Park on Good Friday, April 19 and is again partnered by Richard Kingscote. 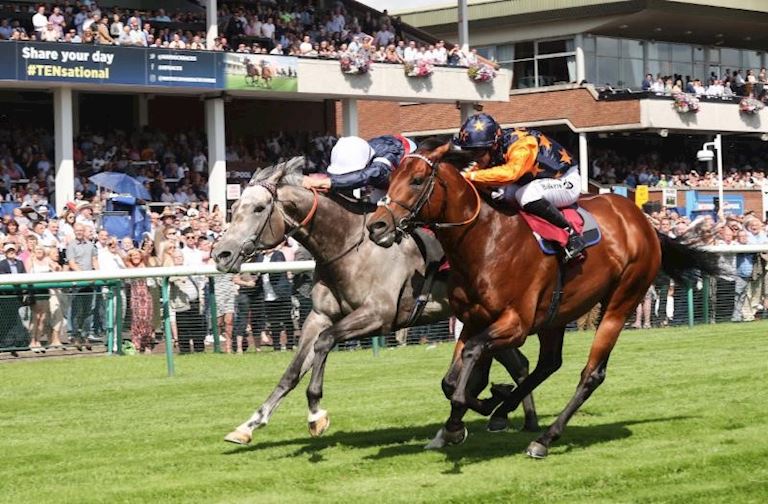 Completing the six runners are the 10-year-old Caspian Prince (Michael Appleby/Alistair Rawlinson, drawn one), a three-time winner of the valuable Investec Dash Handicap at Epsom Downs and a G2 scorer at the Curragh in 2017, and Pocket Dynamo (Robert Cowell/Ben Curtis, drawn four).

Pocket Dynamo is the only three-year-old in the Armstrong Aggregates Temple Stakes and put up his best performance last year when the nose runner-up in the G2 Norfolk Stakes at Royal Ascot.

The last three winners of the six-furlong contest for three-year-olds - Quiet Reflection (2016), Harry Angel (2017) and Sands Of Mali (2018) - all triumphed at the highest level later that year.

Owned and bred by Khalid Abdullah, Calyx has looked a star in the making in his three racecourse appearances so far. The Kingman colt landed the six-furlong G2 Coventry Stakes at Royal Ascot on his second start of 2018 and, after missing the remainder of the campaign due to injury, returned with a devastating four-length victory in the G3 Commonwealth Cup Trial Stakes over the same distance at Ascot on May 1.

The daughter of Exceed And Excel, who races in the colours of Lord Lloyd-Webber, captured a six-furlong Listed race at Newmarket by four and a half lengths in June and finished second to Angel's Hideaway in the G3 Princess Margaret Stakes at Ascot the following month.

She was fourth on her comeback in a Listed contest on Polytrack at Chelmsford City on May 2.

Upper Lambourn-based Walker said today: "It is a big ask for Royal Intervention on ratings, but we know she is very good, as she showed when winning a Listed race by almost five lengths last year.

"Unfortunately, she picked up an injury when she was just beaten by Angel's Hideaway.

"I don't think we saw the best of her at Chelmsford. The track probably wasn't ideal and we knew she was a bit short, but she has come on plenty for that and will be better on grass."

Walker added: "She is already a Listed winner so in terms of her pedigree going for the Sandy Lane makes sense.

"Like everybody else, we are working back from the Commonwealth Cup and it will be interesting to run against some of those horses on Saturday.

"There is nothing to lose as she only has to beat one horse to get G2 black type, which is obviously important for a well-bred filly."

Completing the four runners in the Armstrong Aggregates Sandy Lane Stakes is True Mason (Karl Burke/Ben Curtis, drawn 4), a classy two-year-old last season who made the frame in the G1 Prix Morny at Deauville, France, and the G2 Mill Reef Stakes at Newbury.

The seven-race programme at Haydock Park runs from 2.15pm to 5.45pm.

Other highlights on the card include the £80,000 Amix Silver Bowl Handicap (2.50pm, maximum field of 17), staged over a mile for three-year-olds, and the £47,000 Listed EBF British Stallion Studs Cecil Frail Stakes (4.35pm, 11 runners) over six furlongs for three-year-olds and upwards.

All races on Saturday's programme are sponsored by Armstrong Aggregates and sister company Amix, which are based near Bolton.

The going at Haydock Park is currently Good to Firm.

There has been one millimetre of rain in the past week. The forecast is dry for the next three days, with a maximum temperature 16 degrees Celsius today.