The bet365 Old Newton Cup, which evolved from the Newton Gold Cup first run in 1807, represents one of the last tangible links with the old racecourse on Newton Common where horseracing took place from at least 1678 through to the move to the present course at Haydock Park in 1899.

The tradition and heritage of the race makes the Old Newton Cup an integral part of Lancashire's racing history and the community.

Since the turn of the century, the famous handicap has seen top-class winners, including globetrotter Collier Hill (2003), a three-time G1 winner around the world, 2005 G1 Japan Cup victor Alkaased (2004) and more recently Dangerous Midge, successful in the 2010 G1 Breeders’ Cup Turf just four months after an eight-length romp at Haydock Park.

The film is available to view here:

Middleham Park Racing, the UK's most successful racehorse syndication company, captured the bet365 Old Newton Cup in 2016 with the David O’Meara-trained Tawdeea and is targeting two runners at the handicap this year - the Mick Appleby-trained Star Of Southwold and Lexington Empire from David Lanigan’s stables.

The two in-form four-year-olds clashed in a 10-furlong Polytrack handicap at Chelmsford City on June 20, with Star Of Southwold getting the better of Lexington Empire by a head.

Star Of Southwold has since finished second in another historic handicap, the Carlisle Bell, over a mile on June 26 when carrying a 5lb penalty.

Lexington Empire, with only one previous appearance on turf, has progressed to become a very useful performer on the All-Weather. He was rated 58 when winning his first race at Wolverhampton in July last year but is now up to 89 following a further three impressive successes.

Tom Palin of Middleham Park Racing reported: “Star Of Southwold is a possible for the bet365 Old Newton Cup.

“He was an excellent second in the Carlisle Bell earlier this week and we were delighted with the performance.

“It might not be a disadvantage to go further up in trip with him and that’s why we are considering heading to Haydock.

“We will see how he is in the coming days. The Old Newton Cup might come too soon, but Star Of Southwold takes his racing well and it’s a possibility.

“I need to speak to David [Lanigan] and the rest of the Middleham Park team, but Lexington Empire is progressive and unexposed on turf. He could be well-handicapped.” 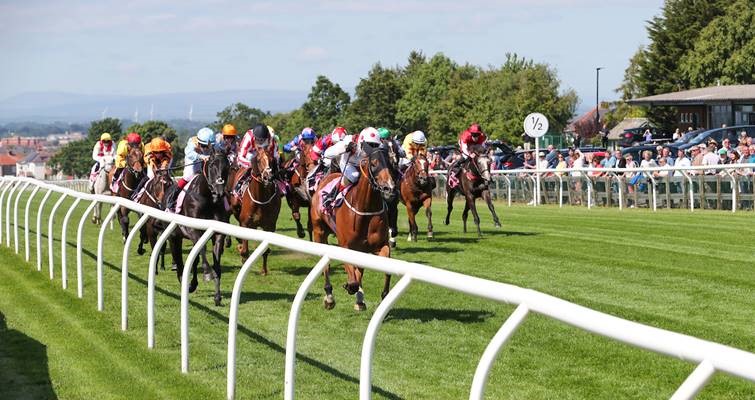 Star Of Southwold (left) in action at Carlisle

Fillies and mares with G1 aspirations are likely to be on show in the G2 bet365 Lancashire Oaks, which has prize money of £93,000.

Newmarket trainer John Gosden has sent out the winner of four of the last eight renewals of the prestigious contest, most memorably with Great Heavens who scored by five lengths in 2012. The daughter of Galileo backed up that effort two weeks later with an impressive victory in the G1 Irish Oaks – his other recent successes were The Black Princess (2017), Pomology (2014) and Gertrude Bell (2011).

He and the late Henry Cecil are the joint most successful trainers in the Lancashire Oaks, which was first run at Haydock Park in 1965.

The G3 Betway Pinnacle Stakes over course and distance in early June often acts as a key trial for the G2 bet365 Lancashire Oaks. This year’s running on testing ground saw the William Haggas-trained Klassique turn over hot favourite True Self (Willie Mullins IRE) by three lengths, and the pair could re-oppose.

Making Miracles led home a one-two for Yorkshire-based trainer Mark Johnston in 2018 and the son of Pivotal has won twice in 2019, headlined by a six-length victory in the Chester Cup last month.

Tickets for bet365 Old Newton Cup day on Saturday, July 7 are available and racegoers should head to https://www.thejockeyclub.co.uk/haydock

Haydock Park also races on the afternoon of Thursday, July 4, Glass Times Raceday, with a seven-race programme running from 2.00pm to 5.00pm, and on the evening of Friday, July 5, July Tropicana Race Evening, when the seven-race card takes place from 5.50pm through to 9.00pm.

Haydock Park is a dual-purpose racecourse, staging 32 racing days on the Flat and over Jumps in 2019, and a leading conference centre in the north west of England. More information is available at haydock.thejockeyclub.co.uk