Thursday, August 8, 2019 – Royal Ascot scorer Addeybb and the prolific Wissahickon feature among a seven-strong field for the £63,000 G3 Rose Of Lancaster Stakes (3.05pm), the centrepiece on Ladies’ Day at Haydock Park this Saturday, August 10. 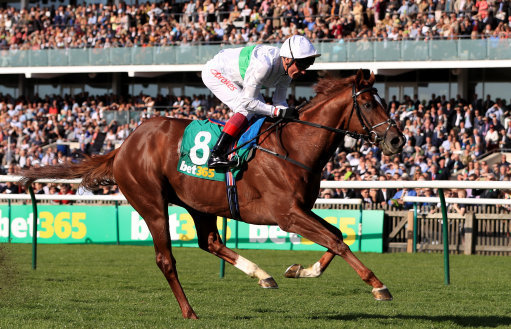 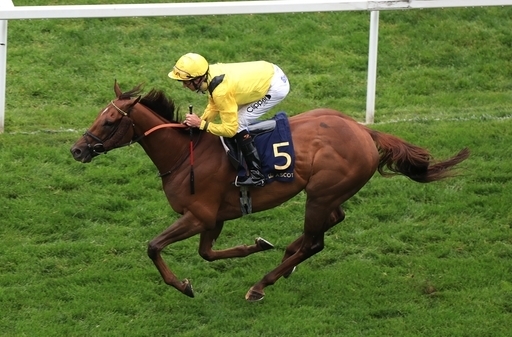 Addeybb (William Haggas/Richard Kingscote) turns out relatively quickly, having finished second in the G2 Sky Bet York Stakes over a similar trip on July 27. A G2 winner in 2018, the five-year-old son of Pivotal gained a decisive victory on soft ground in the Listed Wolferton Stakes at Royal Ascot in June.

In-form jockey Frankie Dettori is coming to Haydock Park on Saturday specially to partner Wissahickon, as he bids to continue a golden spell in the saddle that has seen him capture 12 G1 races since the end of May.

Wissahickon has won eight of his 11 career starts to date, headlined by impressive victories in the Cambridgeshire Handicap on turf at Newmarket in September and the G3 Winter Derby on Polytrack in Lingfield Park in March.

The four-year-old Tapit colt returns from a 113-day break having met a shock defeat on his latest start, when the seven-length second to Matterhorn in the Easter Classic on All-Weather Finals Day at Lingfield Park on Good Friday, April 19. Gosden has enjoyed two victories in the Rose Of Lancaster Stakes (Knifebox, 1993 & Royal Artillery, 2012).

Surrey Thunder (Joseph Tuite/Harry Bentley) and Raise You (Andrew Balding/Oisin Murphy), who contested Classics on their latest starts, are among a trio of three-year-old contenders for the Rose Of Lancaster Stakes.

Surrey Thunder drops down in distance following a creditable fifth in 12-furlong G1 Deutsches Derby at Hamburg, Germany, on July 7, while Listed victor Raise You has not been seen out finishing 10th in the G1 Prix du Jockey Club (French Derby) over an extended 10 furlongs at Chantilly, France, in early June.

Surrey Thunder has not raced in Britain since landing a mile novice event on testing ground at Windsor in October. The son of Le Havre was beaten a nose first time out this year in a Listed race at Saint-Cloud in March and, prior to his latest start, finished third in G3 contests at Longchamp and Baden-Baden.

Trainer Joseph Tuite, based in Lambourn, Berkshire, said: “Surrey Thunder came back from Germany good and is in great form at the moment.

“The weather forecast looks favourable and any rain that falls will definitely help his chance.

“He has been running consistently all year. The ground had dried out for the German Derby and, although we would not have beaten the winner, I think he might have finished closer with more ease in the ground.

“If he runs as well on Saturday as he has been all season, it should put us right in the mix. The distance of the race is perfect and I think you will see a different horse on soft ground.

“The owners Surrey Racing always bring a big team to support the horse and we go there very hopeful.”

The remaining three-year-old representative is Pondus (James Fanshawe/Daniel Muscutt), who was runner-up to Fox Chairman in the Listed Steventon Stakes at Newbury on July 20.

Unbeaten Feliciana De Vega won a Newmarket maiden by six lengths and a Deauville Listed race by four and a half lengths at the backend of last season, but has not been seen on a racecourse in 2019.

The going at Haydock Park is currently Good to Firm, Good in places, though that is likely to change with rain forecast on Friday and Saturday.

Racegoers on Ladies' Day can participate in the RoL Style Stakes competition, with the winner gaining a holiday worth £2,000.

There will be a DJ performance by fashion stylist and television presenter Gok Wan, who will spin the decks after racing.

Haydock Park is a dual-purpose racecourse, staging 32 racing days on the Flat and over Jumps in 2019, and a leading conference centre in the north west of England. More information is available at https://www.thejockeyclub.co.uk/haydock

The Jockey Club stages thrilling sporting occasions including the Randox Health Grand National, the Cheltenham Festival presented by Magners and The Investec Derby. With Her Majesty the Queen as its Patron, The Jockey Club is governed by Royal Charter to act for the long-term good of British racing. Founded in 1750, today The Jockey Club is the largest commercial group (2018 turnover: £214.6 million) in Britain's second-biggest spectator sport, operating 15 racecourses nationwide, The National Stud, Jockey Club Estates, Jockey Club Catering, Jockey Club Live, Jockey Club Services and our charity, Racing Welfare. Every penny The Jockey Club makes goes back into the sport to help to make it the best in the world. For more information please visit www.thejockeyclub.co.uk