Having met with defeat on his first two starts of the campaign, Ten Sovereigns (Aidan O’Brien IRE) bounced back to his best last month with a scintillating display in the G1 Darley July Cup at Newmarket, when the Classic generation filled the first five places.

Those in behind included G1 Commonwealth Cup victor Advertise (Martyn Meade), who has since notched a third top-level success in the G1 Prix Maurice de Gheest at Deauville, France, on August 4, and Ten Sovereigns’ G1-winning stablemate Fairyland.

Fellow three-year-old Forever In Dreams (Aidan Fogarty IRE) has been kept fresh since finishing second to Advertise in the G1 Commonwealth Cup at Royal Ascot, a race in which Ten Sovereigns finished fourth. 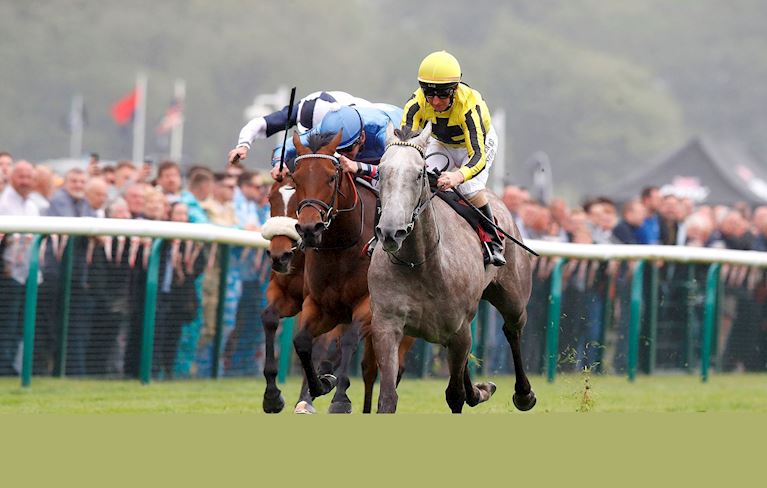 Forever In Dreams, a daughter of 2011 Sprint Cup hero Dream Ahead, had previously made her first start in Britain a winning one when landing the six-furlong Listed EBF British Stallion Studs Cecil Frail Stakes at Haydock Park in May.

Fogarty, who is based in Co Tipperary, reported: “Forever In Dreams is in good nick and the plan now is to go for the Sprint Cup.

“Our original plan was to go for the Nunthorpe this week and, although she has been pleasing us in her work, we just didn’t have her ready in time.

“She came out of Ascot really well and we have taken our time since. She is a pleasure to have in the yard and it was a brilliant run on her first start in G1 company.

“Six furlongs is clearly her trip and I think she is better suited by some cut in the ground. She has won on fast ground, but some juice will help her as she is by Dream Ahead.

“She showed earlier in the season that Haydock suits her well and we are looking forward to heading back there.”

A strong three-year-old contingent also includes Khaadem (Charlie Hills), who boasts an official rating of 116 after his decisive handicap victory in the Stewards’ Cup at Goodwood, and G1 Commonwealth Cup third Hello Youmzain, one of three contenders for trainer Kevin Ryan.

Newmarket trainer James Fanshawe is hoping a return to Haydock Park can a spark a revival from last year’s winner The Tin Man, who also finished second in 2016 and third in 2017. 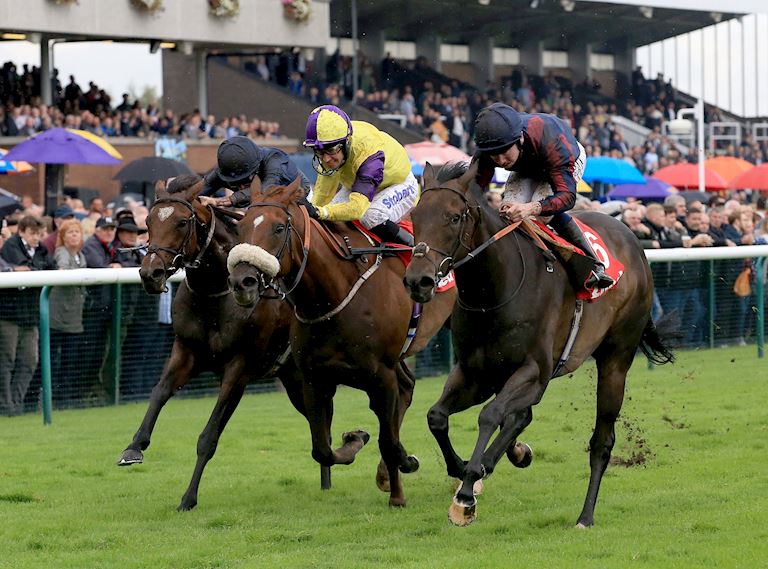 The seven-year-old, a three-time G1 winner, has struggled to rediscover his best form this season and came seventh last time out when sent off favourite for the G3 Hackwood Stakes at Newbury on July 20.

Fanshawe said: “The Tin Man is in good form and the Sprint Cup is the target.

“The Prix Maurice de Gheest was part of the plan for him this season, but his run at Newbury put us off running there.

“He has a fine record in the Sprint Cup having won it and been placed in the race twice.

“Whilst this season has been slightly disappointing, we would be delighted if he could run well again in the Sprint Cup.”

There could be a German-trained runner courtesy of Waldpfad (Dominik Moser GER). The five-year-old has been a revelation this season since reverting to sprint distances and produced a 33/1 shock in the G3 Hackwood Stakes on his latest start.

The G1 32Red Sprint Cup is part of the QIPCO British Champions Series. There is a five-day confirmation and £15,600 supplementary entry stage on Monday, September 2.

Sprint Cup Day is the third and final day of a three-day meeting at Haydock Park, with afternoon racing also taking place on Thursday, September 5 and Friday, September 6.

Tickets for Sprint Cup Day and all other fixtures at Haydock Park are available to purchase online and racegoers should head to https://www.thejockeyclub.co.uk/haydock/ to purchase.

Haydock Park is a dual-purpose racecourse, staging 32 racing days on the Flat and over Jumps in 2019, and a leading conference centre in the north west of England. More information is available at  https://www.thejockeyclub.co.uk/haydock

QIPCO British Champions Series showcases 35 of the UK's finest Flat races, including six of the world's top 12. The Series features at all of the UK's most iconic Flat festivals, from the Derby and St Leger, to Glorious Goodwood and Royal Ascot, presenting unparalleled, quality racing across 10 of the country's finest racecourses.

Five top-class races mark the climax of the Series on the Ultimate Raceday, QIPCO British Champions Day at Ascot on Saturday 19th October, where the world's best compete at the nation's richest raceday.

THE FOLLOWING 8 HORSES HAVE BEEN SCRATCHED: