Haydock Park is delighted to announce that Betfair will sponsor the G1 Sprint Cup in 2019.

The six-furlong contest is worth £300,000 and part of the QIPCO British Champions Series. It takes place this Saturday, September 7 at 4.10pm. 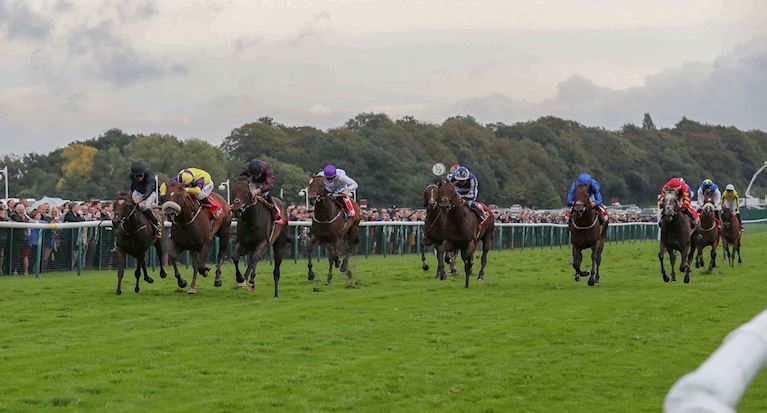 Betfair will also sponsor all of the other six contests at Haydock Park on Saturday, September 7, Betfair Sprint Day.

Dickon White, North West Regional Director for The Jockey Club, said today: “Our relationship with Betfair stretches back a very long way and we are delighted that it has now decided to add the highlight of Haydock Park’s Flat racing programme, the Sprint Cup, to its sponsorship portfolio.

“This sponsorship partnership means that Betfair now supports both of our flagship contests at Haydock Park including our G1 Jump racing highlight, the Betfair Chase in November.

“We look forward to continuing to work alongside all of the team at Betfair.”

Harry Phillips, Head of Sponsorship at Betfair, commented today: : “Betfair has a long and successful association with Haydock Park and The Jockey Club, so it didn’t take us long to agree, in the best interest of all supporters of the sport, and ensure a race of this stature gets the support it deserves.

“To sponsor the track’s premier Flat and Jump races in the same season is unique and showcases the diversity of our ever-expanding horseracing sponsorship portfolio.”

There are 14 horses remaining following Monday’s five-day confirmation stage. Advertise (Martyn Meade), who has already won two G1 sprints in 2019, heads the market at 9/4 with Betfair. The final field will be known shorty after 10.00am tomorrow, Thursday, September 5.