And Irish jockey Daryl Jacob, who has steered Bristol De Mai to successive Betfair Chase crowns, reckons he has what it takes to move within one victory behind Kauto Star’s record of four triumphs in the Haydock feature. 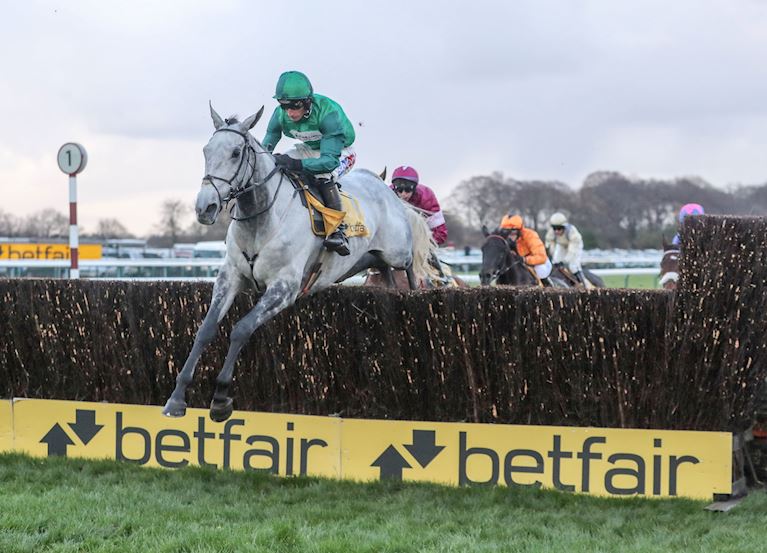 “Last year’s Betfair Chase title was his fourth win from his four career runs at Haydock Park and that’s some record.

“To be on board, challenging for a hat-trick of wins in a race as big as this, well that’s what every jockey dream’s about.”

Bristol De Mai, or Bristol de Haydock as he is affectionately known by his loyal supporters, won the three-mile duel by 57 lengths in 2017 before defeating former Cheltenham Gold Cup champion Native River a year ago.

Trainer Nigel Twiston-Davies, who also won the Betfair Chase with Imperial Commander, said: “Everything has gone spot on with Bristol De Mai’s preparation for Haydock Park.

“He is only eight years old so he should not be going downhill just yet.

“I think he proved in the Cheltenham Gold Cup in March that he is the third best horse in England and Ireland.

“The two Irish horses that finished in front of him are not coming over on Saturday, so he should win it.”

But while Twiston-Davies insists that Bristol De Mai’s chief rival Lostintranslation has it all to prove, Henrietta Knight, who trained Best Mate to three consecutive Cheltenham Gold Cups from 2002, predicts Lostintranslation could be the one.

She said: “I think Lostintranslation is something else and I’m very much looking forward to seeing him run at Haydock Park.

“As a current three-mile chaser, he’s in a world of his own jumping-wise.”

Knight, who retired from the training ranks in 2012, added: “Best Mate was a perfect jumper and Lostinstranslation reminds me a bit of him.

“With Best Mate, all the fences came to him and he met every fence in his stride.

“He never made any huge efforts but was economical at every fence he came to.”

She added: “Lostinstranslation is the most beautiful horse to watch jump.

“He can stand off, get in close and, wherever he is, he’s an athlete.”

The Betfair Chase is the first Group One race of the British jumps season and the Jockey Club is offering a £1million bonus for any horse who can follow up victory at Haydock Park in the Betfair Chase by winning the King George V1 Chase and the Cheltenham Gold Cup.