Bristol De Mai (Nigel Twiston-Davies) is the Evens favourite with sponsor Betfair as he bids to win the £200,000 Betfair Chase for the third consecutive year at Haydock Park this Saturday, 23 November, Betfair Chase Day. 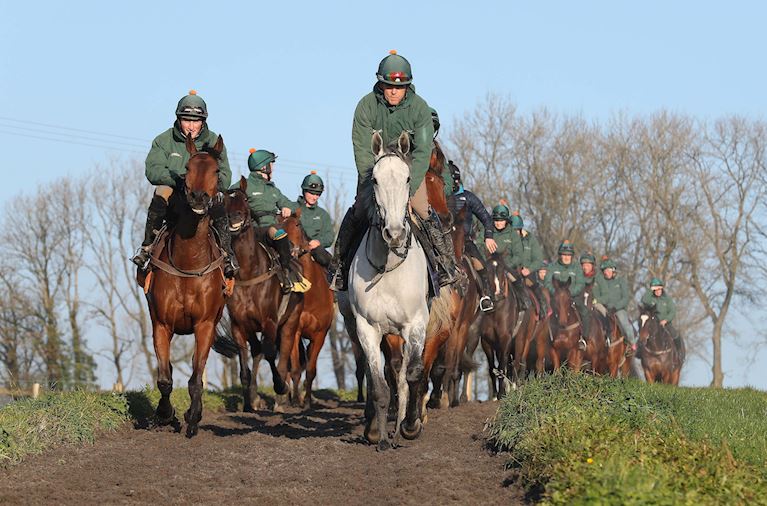 The eight-year-old grey, who races in the familiar green colours of owners Simon Munir and Isaac Souede, won the three-mile contest by an astonishing 57 lengths in 2017 and was also impressive in 2018 when scoring by a decisive four lengths from 2018 Magners Cheltenham Gold Cup winner Native River.

Following his success in the 2018 running, Bristol De Mai fell in the Ladbrokes King George VI Chase at Kempton Park on Boxing Day and went on to finish a fine third in the Magners Cheltenham Gold Cup behind Al Boum Photo and Anibale Fly. His final start of the 2018/19 saw him take fourth in the G1 Betway Bowl at Aintree’s Randox Health Grand National Festival in April.

Speaking at a media event organised by Haydock Park and Betfair at his Grange Hill Farm yard in Gloucestershire, Nigel Twiston-Davies said today: “Bristol De Mai is as well as he has always been. There have been no issues or setbacks ahead of the Betfair Chase. 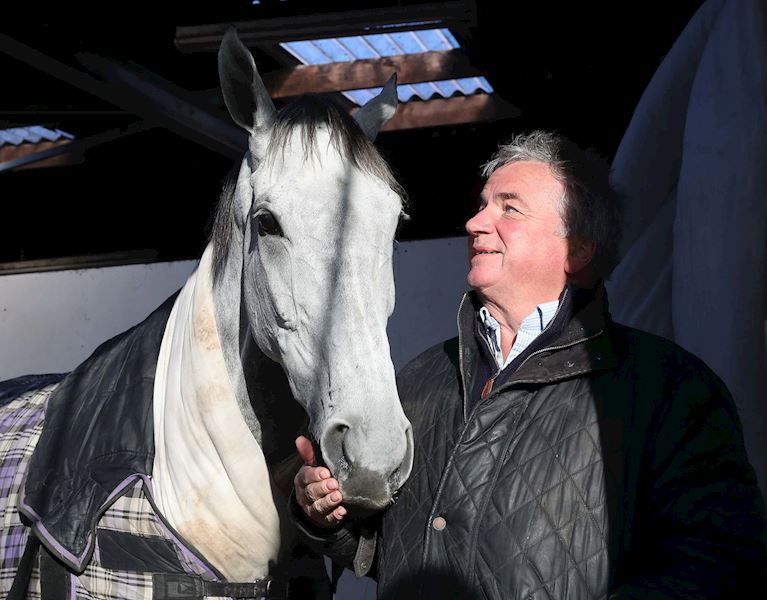 “I think he proved at Cheltenham that he is the third best horse in England and Ireland. The two Irish horses that finished in front of him are not coming over on Saturday, so he should win it.

“I don’t think it is especially anything to do with Haydock that he has won the Betfair Chase twice before. His run at Cheltenham shows he is a good horse wherever he runs. It was good ground when he won last year and I don’t think ground conditions are a problem for him.

“There is obviously more pressure when you think you have the best horse in the race, rather than being the underdog.” 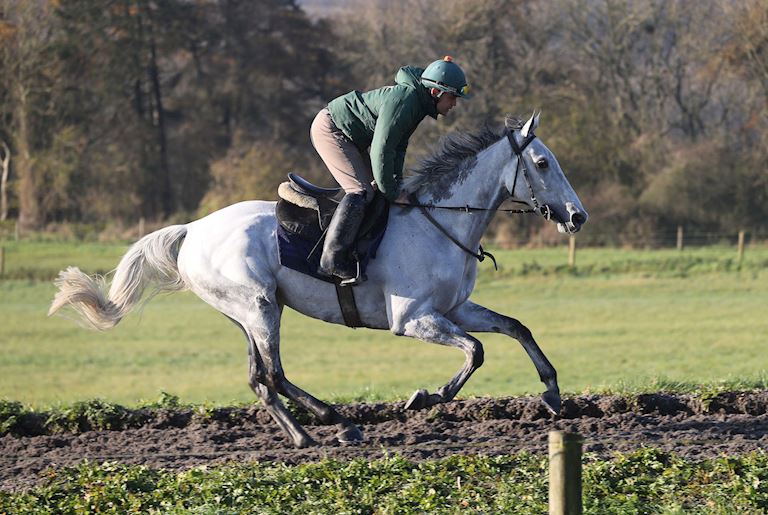 Second best in the market with Betfair is the Colin Tizzard-trained Lostintranslation (15/8), who recorded the biggest victory of his career so far in the G1 Betway Mildmay Novices' Chase at Aintree in April. He returned to action with a smooth success in the Listed Colin Parker Memorial Intermediate Chase at Carlisle on 3 November.

Assessing his main market rival, Twiston-Davies continued: “Lostintranslation won over two and a half miles around Carlisle.

“We had the second that day, Count Meribel, who was beaten two and a quarter lengths. We are certainly hoping that ‘Bristol’ is better than him and Lostintranslation has to prove himself on Saturday.”

The Betfair Chase is the first G1 of the British Jump season and is also the initial contest in The Jockey Club Chase Triple Crown, which offers a £1-million bonus for any horse who can follow up victory in the Betfair Chase by taking the G1 Ladbrokes King George VI Chase at Kempton on Boxing Day, 26 December and the G1 Magners Cheltenham Gold Cup at Cheltenham on 13 March.

In addition to the insured £1-million bonus, connections of any horse that can win The Jockey Club Chase Triple Crown will receive The Kauto Star Trophy, commissioned in 2017 and thought to be the only piece of silverware in sport never to have been won. Kauto Star won all three contests in the 2006/07 campaign and collected a £1-million bonus offered at the time by Betfair.

Twiston-Davies continued: “Assuming all goes well on Saturday, the plan is to go down the same route at last year by heading on to Kempton and Cheltenham. We have to think about the million quid if he wins nicely on Saturday.”

Also set to represent Twiston-Davies in the 2019 Betfair Chase is Ballyoptic (12/1) who has won both his starts so far this season, most recently taking the G2 Charlie Hall Chase at Wetherby on 2 November.

The trainer said: “Ballyoptic will cope with soft ground and so if there are not many runners, why not go for some place money?

“Of course, anything can happen but I can’t see how he would beat Bristol. He is at the top of the handicap so there is not much for him to go for. He could go for a Becher Chase or Welsh National but they will be hard slogs.

“A route could be to run on Saturday and then go for the Cotswold Chase at Cheltenham in January. His main target is the Grand National. He was going well when he fell in the race last season.”

Also among the five-day conformations is Altior (Nicky Henderson, 7/1), who has won 19 consecutive races and is the highest-rated Jump horse in training. He is expected to head to Ascot instead on Saturday.

Frodon (Paul Nicholls, 6/1) won four of his five starts under Bryony Frost lost season, culminating in the G1 Ryanair Chase at Cheltenham. He was third on his seasonal reappearance in the G2 Virgin Bet Monet's Garden Old Roan Limited Handicap Chase at Aintree on 27 October. Nicholls is the most successful trainer in the history of the Betfair Chase, with six victories courtesy of the great Kauto Star (2006, 2007, 2009, 2011) plus Silvianaco Conti (2012, 2014).

Barry Orr, Head of Media Relations at Betfair, said: “As expected, it is looking like a small select field for the Betfair Chase.

“Bristol De Mai is the proven performer and as such looks set to go off favourite.”

The outstanding seven-race programme at Haydock Park on Saturday is sponsored in its entirety by Betfair and also includes the £100,000 Betfair Best Odds On ITV Races Stayers' Handicap Hurdle (2.25pm, 22 entries) over three miles. Paisley Park won this contest in 2018 and went on to finish his season by taking the G1 Sun Racing Stayers’ Hurdle at Cheltenham.

Lightly-raced Umbrigado (David Pipe) heads the market at 5/1 with Betfair and races in the famous John White colours, successful in this race in 2011 with the Pipe-trained Dynaste.

Nigel Twiston-Davies could be represented in this race by Echiquier (16/1). The five-year-old, like Bristol De Mai owned by Simon Munir and Isaac Souede, won on his British debut at Hexham in October before coming home fifth to the highly-regarded Thyme Hill in the G2 Persian War Novices' Hurdle later the same month.

Twiston-Davies said: “At Haydock on Saturday, we also probably have Echiquier in the Betfair Best Odds On ITV Races Stayers' Handicap Hurdle.

“He has had a rest since his last run and will like soft ground. He could be exciting.”

There was one millimetre of rain on Sunday.

The forecast is dry for today and tomorrow, with showers expected from Wednesday to Friday. Saturday is predicted to be dry.