Brian Ellison says he is ready to give Definitly Red, a Peter Marsh Chase entry at Haydock Park on Saturday another tilt at the Randox Health Grand National.

Ellison’s stable star is now established as one of the finest staying steeplechasers in Britain and the North trainer admits: ‘He’s the best horse I’ve ever trained.’

He added: “We’ve decided to try and have another go at the Randox Health Grand National, we’ll give Cheltenham a miss this time. 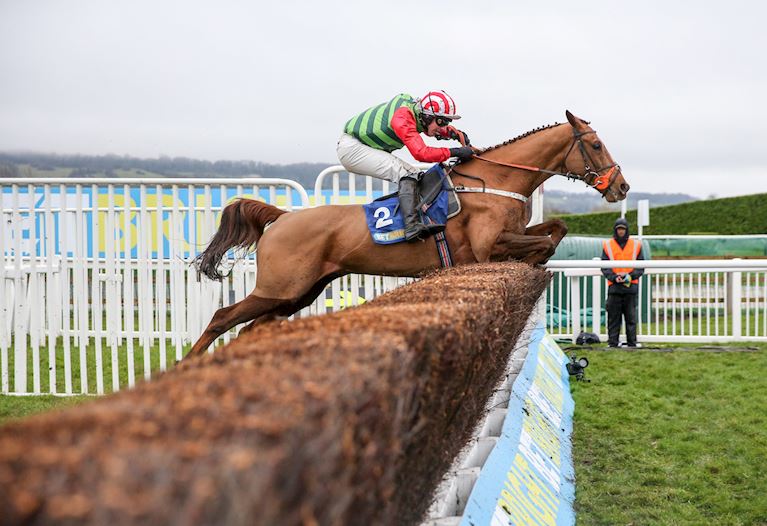 “We went to the Magners Cheltenham Gold Cup with him last year and he was going really well, tracking the leaders, when he was brought down.

“He will almost certainly run at Haydock Park, and if it is heavy ground that will not worry him too much as he won the Cotswold Chase at Cheltenham on heavy.

“Hopefully, though, the rain will be keep coming for him - he enjoys Haydock Park where he has won before.”

The eleven-year-old, who ran in the 2017 Randox Health Grand National at Aintree, has won almost half of his career starts.

“Definitly Red is as good as ever – he was terrific at Aintree (Randox Health Becher Chase) on his last outing.”

This year the Yorkshire trainer could be represented by Vintage Clouds, owned by Preston North End chief Trevor Hemmings.

A two-time winner at Haydock Park, he was last seen when third in December’s Betway Tommy Whittle Chase.

The Peter Marsh Chase has yet to go to an Irish trained horse, but Prince of Scars could change that statistic for Gordon Elliott, the trainer of 2018 and 2019 Grand National champion Tiger Roll.

Geronimo comes into the Peter Marsh Chase on the back of a win.

The nine-year-old made a successful seasonal reappearance in a handicap chase over two and a half miles at Newcastle four days before Christmas and Scots trainer Sandy Thomson says Geronimo is in great shape.

“He has come out of that race really well and the Peter Marsh Chase has been the plan since – hopefully the ground coupled with the distance will really suit.”

The second £75,000 Group Two contest on the card is the The New One Unibet Hurdle, a trial for the Unibet Champion Hurdle at Cheltenham in March.

Three of the entries met last time out in the Unibet International Hurdle at Cheltenham last month, when Call Me Lord (Nicky Henderson) came out on top by a neck from Ballyandy (Nigel Twiston-Davies) with Pentlands Hills (Nicky Henderson) in fifth.

The New One, who retired two years ago, will parade ahead of the race named in his honour.