The 11-times champion Jump trainer Paul Nicholls reports Clan des Obeaux “as good as ever” ahead of the £160,000 Betfair Chase at Haydock Park on Saturday, 21 November. 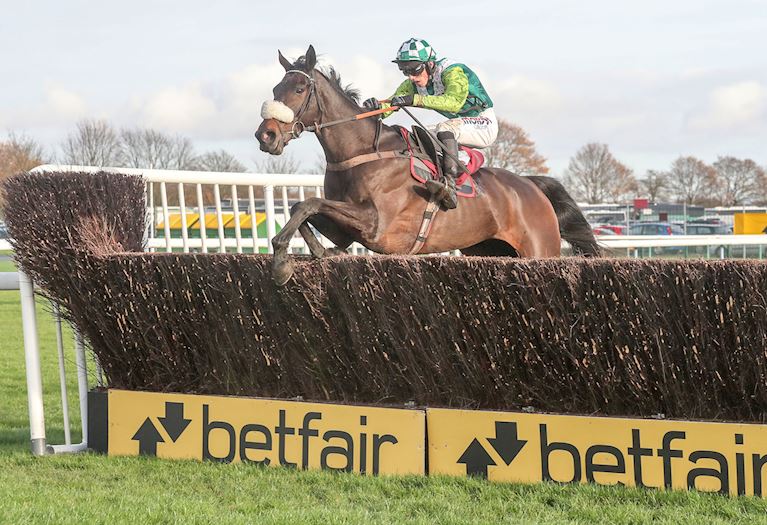 He is also a winner at Haydock Park, having landed a graduation chase over an extended two miles and five furlongs on Betfair Chase Day in 2017.

Clan des Obeaux was fourth on his only other outing at Haydock Park in the 2018 Betfair Chase and was last seen when eighth in the 2020 G1 Magners Cheltenham Gold Cup in March. He is a 3/1 chance for glory on Saturday with race sponsor Betfair.

Somerset-based Nicholls said today: “Clan des Obeaux looks amazing at the moment, as good as ever I would say.

“He didn’t run in the Betfair Chase last year, when he went to Down Royal instead, but he ran in the race two years ago. That was one of the first times we had run him in G1 company and he probably wasn’t fully wound up that day. In my mind, I was thinking whether he was good enough to be a King George horse. He progressed from Haydock to win at Kempton and actually ran better at Haydock than we thought he would.

“This time, he will be ready to run to his best at Haydock. All of our good chasers have run well first time up this season and Clan des Obeaux has been back in since July 1. He has had an away day with Politologue and looks great, very fit. There is no point going into this race thinking he will need the run and hoping he can improve at Kempton. There is plenty of time between Saturday and Kempton and he is ready to run.

“Clan des Obeaux is a dual King George winner and we have set out to try and win the Betfair Chase this year and not just use the race as a prep for Kempton. All of our chasers are in really good shape and he has a good chance on the weekend. I suppose if he had gone on and won a Gold Cup, he would have received more recognition than he has, but any horse that can win two King Georges is very smart.

“He is a big, strong horse who gallops and stays. He probably hasn’t shown his best form going left-handed, but he has won at Haydock before. He loves the track at Haydock as it is a flatter track than Cheltenham.

“He is a proper sort of horse and is only eight so is probably at his peak now. He just looks a different horse now. He is more athletic and stronger, and his work has been very good.

“There has been a lot of rain about but if the going at Haydock is as it is now, he will definitely run there. The weather forecast looks encouraging and it is all systems go. I don’t think he has won over a distance as far as the three miles, one and a half furlongs at Haydock on Saturday but I don’t think it is a problem. He is dead simple to ride and you can slot him in anywhere. A small field will not be a problem.

“I would say Lostintranslation would be the biggest danger as he won the race last year and with the Tizzards coming into some form now. Although he disappointed in the King George, he won the Betfair Chase very nicely last year.  Bristol de Mai has been a fantastic horse over the years and been involved in some real old battles. He is not getting any younger but always runs well at Haydock. If he comes back to his best, he is always going to be a danger.

“Sam Twiston-Davies came in and schooled Clan des Obeaux this morning and is going to ride him on Saturday. Harry [Cobden] is going to be at Ascot. The horse jumped very well this morning, is very fresh and I am very happy with him. The Betfair Chase and the King George are the races we are targeting this side of Christmas and perhaps in the spring we will look to go to Punchestown. I have always thought Punchestown would suit him well and the G1 at Aintree would also suit him well if he was fresh and well. He could also potentially go down in trip and something like the Betfair Ascot Chase could suit him as he likes Ascot and goes well right-handed. There are plenty of options.

Speaking about the importance of the Betfair Chase, Nicholls said: “The Betfair Chase has been fantastic, especially with all the memories of Kauto Star. In particular, when Kauto Star won for the fourth time it was an amazing day. We felt incredibly lucky and then along came Silviniaco Conti, who went on to win two Betfair Chases. It has been a very good race for us and is a race we really like.” 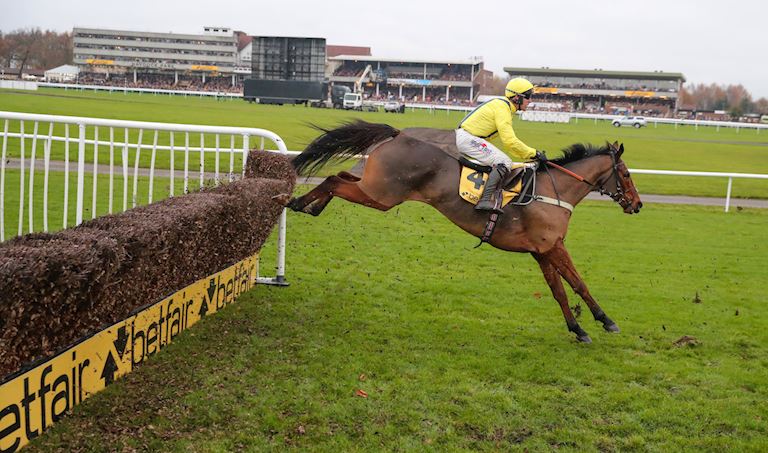 A quality edition of the £160,000 G1 Betfair Chase (3.00pm, 3m 1f 125y) is also set to include Lostintranslation (Colin Tizzard). The eight-year-old defeated the 2017 and 2018 winner Bristol de Mai (Nigel Twiston-Davies) following a ding-dong battle over the final three fences in the 2019 Betfair Chase.

Both horses have not raced since contesting the G1 Magners Cheltenham Gold Cup in March, with Lostintranslation faring best in third behind Al Boum Photo. Lostintranslation is the 5/4 favourite with Betfair while Bristol de Mai is a 7/4 chance. 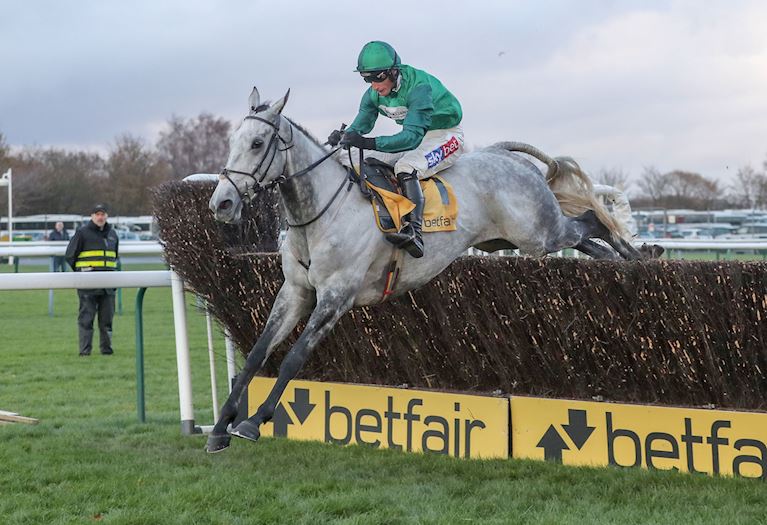 The five contenders also include Bellshill (Sandy Thomson), a multiple G1 scorer for Willie Mullins and the winner of last year’s Irish Gold Cup at Leopardstown.

Keeper Hill (Warren Greatrex), who finished fourth behind Cyrname in the G2 Charlie Hall Chase last month, has also been left in.

Betfair Spokesman Barry Orr commented today: “It is shaping up to be a cracking 16th renewal of the iconic race.

“Lostintranslation and Bristol de Mai couldn’t be separated in the market last year but this time around the 2019 winner is clear favourite at 5/4 while the two times winner Bristol de Mai  is 7/4.

“Dual King George winner Clan Des Obeaux is sure to have plenty of backers with his trainer Paul Nicholls sounding very positive about his chances and looks a bit of value at 3/1.”

Likely top-weight Kalashnikov (Amy Murphy) is already a winner at the highest level, having taken the G1 Manifesto Novices’ Chase at Aintree in 2019.

Wholestone (Nigel Twiston-Davies) is another familiar name towards the head of the weights. Less well known is stablemate Fauburg Rosetgri, who has yet to make his debut on these shores after winning over fences at Auteuil last autumn.

Betfair’s 11/2 market leader Imperial Alcazar (Fergal O’Brien) has yet to be tried in handicap company after winning two of his four starts in novices’ hurdles last season.

David Pipe, chasing a fourth win in the race, has two contenders spearheaded by the prolific Main Fact, who has won his last eight starts over hurdles and on the Flat.

Relegate (Colm Murphy) could bid to become the first Irish-trained winner of the Betfair Exchange Stayers' Handicap Hurdle. A top-class performer in bumpers for Willie Mullins, she was an eye-catching fifth in the G3 Pertemps Network Final Handicap Hurdle at the Cheltenham Festival.

The going at Haydock Park is currently Soft, Good to Soft in places

There was 22 millimetres of rain over the weekend.

Conditions this week are forecast to be mild, wet and breezy. Tuesday is predicted to be dry, otherwise around 5mm of rain is set to fall daily with temperatures of up to 14 degrees Celsius.