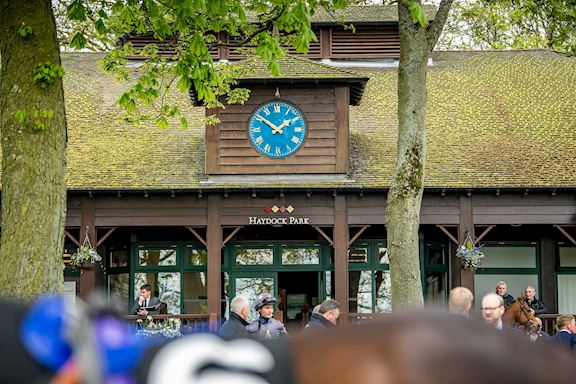 Karl Burke is hopeful that Dandalla can prove her credentials for Royal Ascot with a good performance in the Listed EBF Stallion Studs Cecil Frail Stakes over six furlongs at Haydock on Friday (21st May).

The three year old has an entry in the Group 1 Commonwealth Cup at the Royal meeting and although the following day’s Casumo Bet10Get10 Sandy Lane Stakes is a more traditional route to Ascot, Burke felt that keeping her against her own sex was the best move for the time being.

He said: “We’re very happy with her. She came out of the Newbury race really well and I still think she stays seven furlongs but equally she’s shown plenty of speed and dash and six furlongs on a slower surface is probably ideal for her.

“We were planning to go for the Sandy Lane but that looks like a dress rehearsal for the Commonwealth Cup. There are a lot of good colts in there and we just decided it makes sense to keep her low key at the moment and rather than take them on now we can hopefully beat them at Ascot in June.”

The six-runner field is an interesting one and features and experienced figure in the Kevin Ryan-trained Last Empire, who was a good second at this level at Nottingham earlier this month.

The five year old will have to concede weight to her five younger rivals here, but Ryan feels that conditions will play into her hands.

Ryan said: “She loves soft ground. We had the choice of coming here or going to Ireland and we decided we would stay in this country, but we’re very happy with her.

“It’s going to be a tough task giving weight away but it saves us travelling to Ireland. I spoke to Steve Parkin (owner, Clipper Logistics) and we decided to give the weight away and take our chance at Haydock.”

Another filly who ran in the Kilvington Stakes at Nottingham last time was Ventura Diamond, who was three quarters of a length behind Last Empire in third.

And Richard Fahey provided a positive update on his charge. He said: “She’s in good form. We’re happy with her after her last run and the more rain that can come will certainly help her cause.”

An intriguing contender is the twice-raced Twilight Spinner, who impressed when winning a maiden over this trip in good style at Ripon earlier this month.

This represents a sizeable step up in class for the three year old but she has a Group Three entry at the Curragh next month and her trainer David O’Meara certainly thinks plenty of the daughter of Twilight Son.

He said: “She won nicely at Ripon and we think she’s very smart so we’re pitching her in a bit but we hope she’s up to it.

“Her mother Spinatrix loved testing ground, so we think she’ll be ok if the rain falls between now and Friday.”