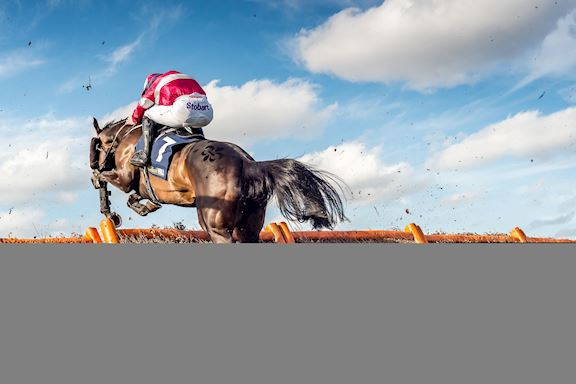 Local children with autism were given the opportunity to experience the excitement of a day at the races in a safe environment at Haydock Park on Friday 15th October thanks to a pop-up event featuring an autism-friendly environment.

The raceday was the fourth of seven Autism in Racing trial events due to take place up and down the country this year, following its launch at Doncaster Racecourse in August. The trial days enable children with autism to be able to experience a raceday while having support in place should they need it, which includes the use of a state of the art mobile sensory unit on course.

The scheme is the brainchild of racing broadcaster Bobby Beevers, who himself was diagnosed with autism earlier this year and was inspired by his daughter to work alongside Racing Together, the Racecourse Association and other partners to set up the scheme.

As part of that, four children from Wargrave House School in Newton-le-Willows were invited to Haydock Park on October 15th to experience the racecourse’s final Flat meeting of the year

Alongside the use of dedicated safe spaces, there was also the opportunity to meet Dougie the pony from the Riding for the Disabled Association.

Lucy Gurney, Community Engagement Manager for Racing Together, explained the scheme has been a huge success so far. She said: “Autism in Racing was started by racing broadcaster Bobby Beevers, whose daughter was diagnosed with autism around a year ago. He then went on his own journey to be diagnosed himself earlier this year, which coincided with the launch of Autism in Racing.

“He was inspired to do it by his daughter and he wanted to remove any barriers in racing for her as it’s a sport that he loves. We’ve had some really supportive people who have helped bring this to life and alongside a new e-learning module about autism awareness in racing on Racing2Learn, we’re doing seven racedays with autism-friendly mobile sensory spaces this year.

“They’re funded by the Racing Foundation Fund and the idea is that the children will be outside enjoying the sights and sounds, but this provides a back-up should they need it and it’s been amazingly well received so far. We’re still learning and next year we’ve got plans to go bigger and better.

“The kids had a great day at Haydock Park. We’re also working with the Riding for the Disabled Association and they have brought along Dougie the pony, who has been a superstar! We’re really conscious of the positive impacts that horses and ponies can have on young people and the charity very much believes the same thing as us.”

Based on Wargrave Road in nearby Newton-le-Willows, Wargrave House School offers children and young adults from the local area with education to support their needs and Mrs Dixon, a class teacher at the school, was delighted with the support received on the day.

She said: “Today has been a fantastic opportunity for our children to gain some life experience by interacting with some horses and understanding what racing is all about.

“The children have thoroughly enjoyed being out on the racecourse watching the aeroplanes come in and it is just a brilliant chance for them to experience things they wouldn’t ordinarily be given in their everyday lives.”

Also taking part in the day was the Riding for the Disabled Association, which provided a pony for children to meet and team members were on hand to raise awareness of their work to the 2,000 racegoers in attendance at Haydock Park.

Jennifer Hogarth, North West Regional Vice Chair of the Riding for the Disabled Association, explained that horses can play a key role in helping people with disabilities. She said: “We’re delighted to be taking part in the Autism in Racing event at Haydock Park. A lot of our riders are autistic, so we’re quite familiar with it and the benefit it brings to people with autism.

“Dougie the pony was here today and the kids really enjoyed meeting him. He had a bit of grass and hay so he wasn’t bothered about anything else and the children were able to say hello and stroke and groom him.

“A horse doesn’t care what you look like and whether you’re going to talk to them and being around horses means we have a very calm and relaxed atmosphere. The feedback we get from our riders is that it calms the autistic adults and children down – and it’s something that they look forward to all week.”

Dickon White, North West Regional Director of the Jockey Club who runs Haydock Park, added: “We were delighted to host a trial of the new Autism in Racing scheme at Haydock Park on October 15th.

“Bobby’s story is an inspiring one and everyone involved deserve plenty of credit for providing people with autism with an opportunity to come and experience the thrills of a raceday on their own terms.

“This fantastic sport of horseracing is for everyone and hopefully the children and their families will be back enjoying racedays for many years to come.”